Towards an ice-free Arctic

I challenge somebody, ANYBODY, in the New Zealand media to do an article like this one. 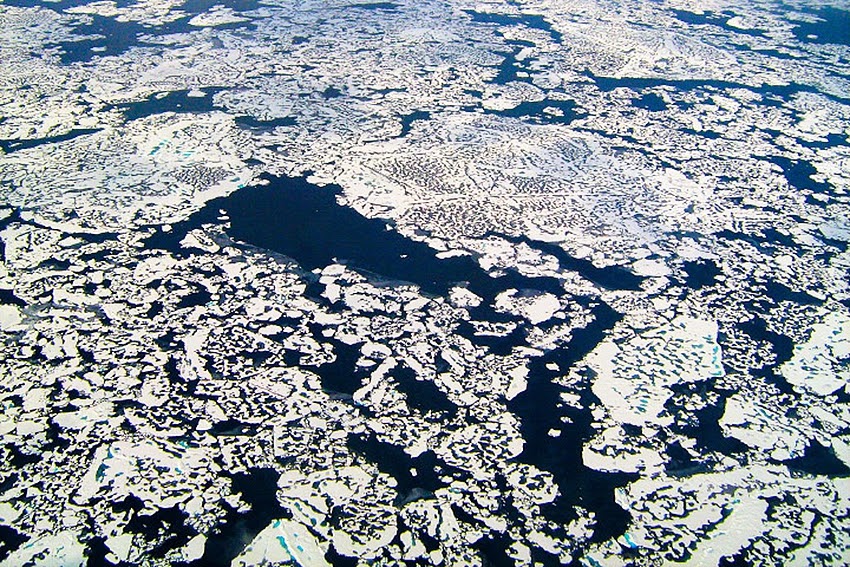 A group of scientists are flagging the possibility of a profound change to the Arctic ecosystem this year — one that has not likely been seen for 21,000 years, before the last ice age's deep chill took old.

The Arctic Methane Emergency Group (AMEG) states there’s a 20 per cent probability the Arctic Ocean will be ice-free during the summer of 2015. The probability of this occurring rises to 70 percent by 2020, said Paul Beckwith, one of the group’s scientists.

Global warming is being blamed.

“Within about a decade the accelerated warming could keep the ocean ice-free year round," said Beckwith, a paleoclimatogy professor at the University of Ottawa.

"Then we’re in a different type of [global] climate.”

At first, this ice-free moment may only last for a week, he said, but the seasonal thaw will last much longer as the planet continues to warm.

The 2015 prediction for the north pole is not out of line with other scientific forecasts. The U.S. Navy believes the Arctic could be ice free as early as 2016.

Cambridge University professor Peter Wadhams has long said it is a profound shift in Arctic climate. The oceans physics scholar has studied sea ice thickness on more than a dozen missions on British submarines.

“The fall off in ice volume is so fast that it is going to bring us to zero [ice in the Arctic Ocean] very quickly," he said in 2011.

For millennia, the Arctic Ocean has been ruled by two frozen forces: permanent, multi-year sea ice, and annual sea ice.  The latter expands and contracts each summer or winter from the permanent sea ice core at the top of the planet.

All manner of northern life, from Inuit people to polar bears, have relied on this fundamental pattern of seasonal ice floes to survivо.

Perhaps even more troubling is what this warming trend will do for releasing trapped methane — a greenhouse gas estimated to be 20 to 30 times more potent than CO2 in trapping heat.

Below the oceans, warming waters will cause gigatonnes of the gas to bubble up from the sea floors, the scientists claim.  Along the East Siberian Arctic Shelf, there is an estimated 500 billion tonnes of methane. Scientists have already witnessed the release of this gas off the coast of Russia, as well as regions near Norway and Alaska.

Another worry: melting permafrost. Canada's frozen northern frontier contains organic matter in the rock and soil that decompose into methane.  It's trapped for now, but if released, it along with methane from the sea could dwarf current atmospheric levels.

The fear is this could lead to “runaway global warming” said Beckwith. Newly released methane warms the planet, in turn releasing more methane. If this loop is triggered, Beckwith thinks it may not be possible to stop planetary warming, even with human effort to curb emissions.

“It’s the most powerful feedback in the Arctic,” he dded.

NASA recently declared 2014 as the hottest year on record, and scientists at AMEG warn that global attempts to lower carbon emissions are too little and too late.
The scientists clarify that an ice-free Arctic still means ice chunks will remain floating around, but the once inhospitable region will become far more navigable to ships than ever before.

Oil and gas companies see that as an opportunity. Shell Oil says the Arctic contains "30 per cent of the world’s undiscovered natural gas and 13 percent of its yet-to-find oil."

But other scientists think the Arctic’s thaw will happen more slowly than AMEGs suggests. One of Canada’s top Arctic sea-ice researchers, David Barber, predicts an ice-free Arctic summer by 2050.

“I am not aware of any catastrophic release of methane this coming summer, and I am quite sure it is not predictable,” said Barber, a Canada Research Chair in Arctic system science, in an e-mail from Rome.

However, Barber has said the northern sea ice has become “rotten” and more susceptible to falling apart.  On a recent journey to the Arctic, he witnessed an ice flow the size of a city disintegrate in mere minutes.

The Arctic Methane Emergency Group presented its findings last month at the UN Summit on Climate Change in Peru, where countries attempted to reach a global deal on reducing emissions.

“We have to phase out fossil fuels or we’re going to go places we don’t want to go,” Beckwith said.

With files from Mychaylo Prystupa

Posted by seemorerocks at 12:19