Water in Lake Baikal Drops to Dangerously Low Levels Due to Droughts
The Russian government has introduced a state of “heightened readiness” to reverse the drop in water levels in Lake Baikal, resulting from last year’s drought that had hit large swathes of Central Russia, including the Volga River, Gennady Gudkov, media spokesman for the Ministry of Natural Resources and Environment told Sputnik on Wednesday. 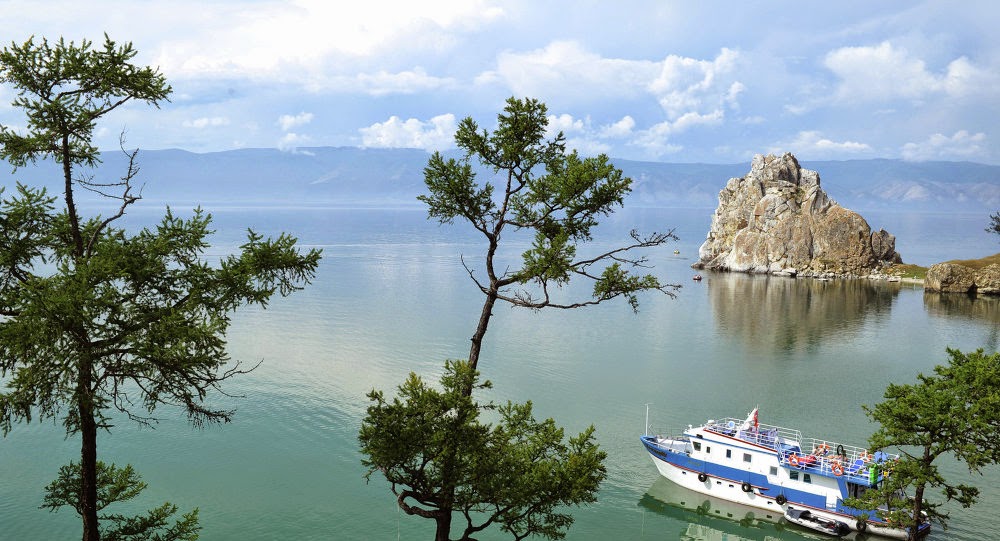 MOSCOW, January 21 (Sputnik) — Over the past twelve months the lake water has dropped a record 40 cm to a sixty-year low — just shy of the critical mark of 456 m. Some experts blame this on the local energy companies, but officials and biologists attribute the drop to last year’s drought.

As to some experts’ fears that the drop in Baikal water could lead to water shortages in the city of Angarsk on the Angara River, which drains Lake Baikal, officials insist there is no reason for worry because melting snow in springtime will send the water level in the giant lake soaring up again.

Some experts warn that the drop will also decimate fish stocks in adjoining lakes, destroy nests of migrating birds and lead to pit fires, but officials insist this will not happen.

Local scientists believe there is no reason either for any radical and environmentally harmful measures being taken, arguing that a similar drop in the levels of water happened 60 years ago and caused no harm to the lake and its ecosystem.

Lake Baikal is the deepest and oldest lake in the world, and the largest freshwater lake by volume. Nicknamed the Pearl of Siberia, it holds a quarter of the world's fresh surface water — more water than all of the North American Great Lakes combined.
Posted by seemorerocks at 21:41