Something appears to be afoot
Kharkov holds its breath in hopes of liberation, as Kiev appointed authorities prepare for war 230 kilometers from the front 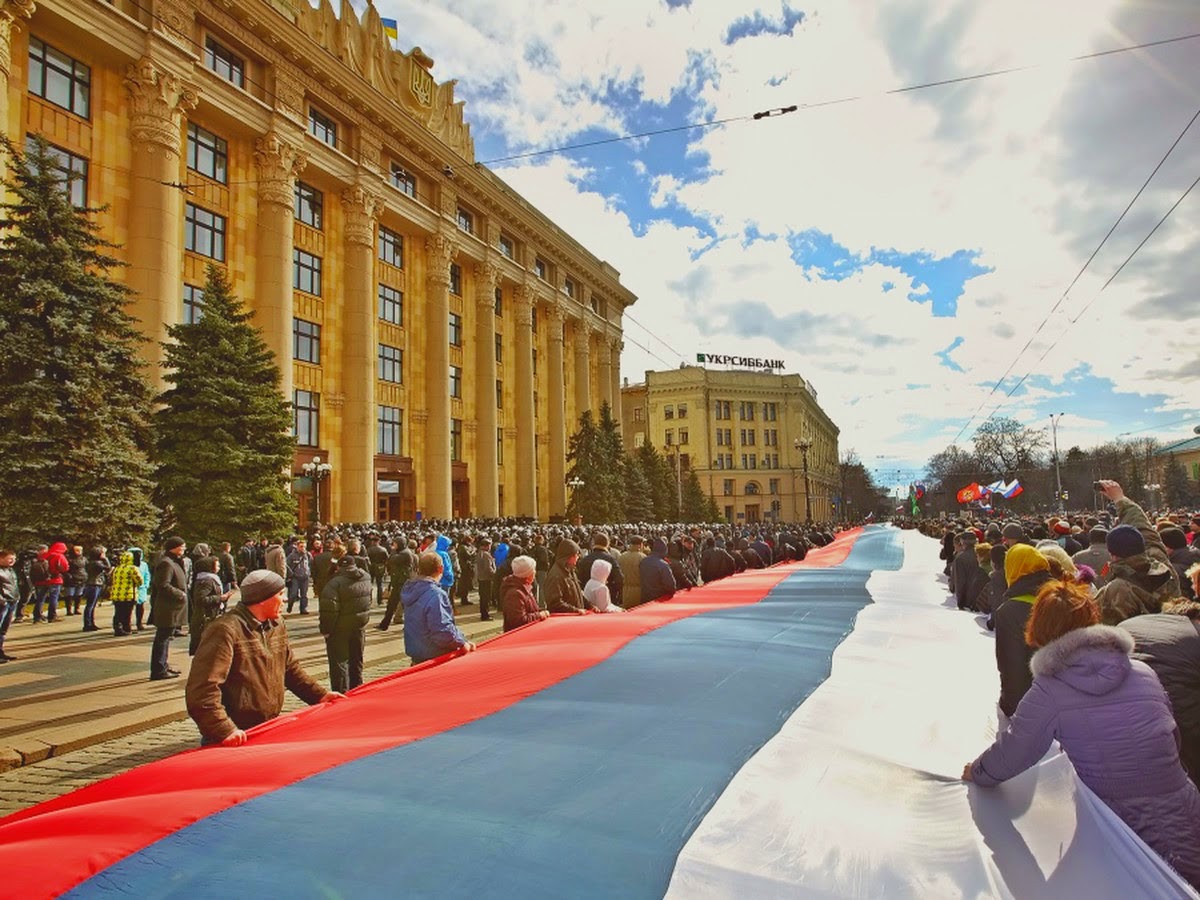 Translated from Russian by Krisitna Rus

Kharkov administrative and state facilities are beefing up security

As reported by UNIAN, during the meeting with Ambassador from Germany to Ukraine Christoph Weil this was voiced by the head of the regional state administration Igor Baluta [Kharkov governor appointed by Kiev].

"The number of law enforcement officers on the streets of the city and the region will be increased two times. Also they will ensure patrol near the administrative centers and public facilities of special importance. Light armored vehicles will be stationed on the territory of these facilities, or near them. Patrols will involve approximately 2,400 employees," - said Baluta.

Baluta explained these measures that "from the front line to our administration is just 230 km". He accused the leadership of proclaimed republics in an attempt to destabilize the situation in the region, stressing the need to defend against sabotage and terrorist attacks.

Experts drew attention to the fact, that the President of Ukraine Petro Poroshenko on Wednesday cut his visit to Davos due to a complex operational situation in the South-East of the country, and returned to Kiev early. Previously, he cancelled his visit to the city of Dnepropetrovsk [the base of Kolomoisky]"due to the difficult weather conditions".

Experts do not exclude that increased measures for patrolling Kharkov are taken in connection with a possible visit to the city by the President. On the eve Kharkov was visited by the Secretary of National Security and Defense Council of Ukraine Aleksandr Turchinov.

(Reuters) - Ukrainian President Petro Poroshenko is cutting short his visit to the World Economic Forum in Switzerland because of the escalation of fighting in eastern Ukraine and will return home on Wednesday, his spokesman, Svyatoslav Tseholko, said.

"Due to the complication of the situation, the President decided to shorten his visit to Switzerland and ... return to Ukraine on (Wednesday)," he said in a Facebook post.


Poroshenko made his decision after hearing a report from his top military commander on fighting west of the city of Luhansk which Kiev says involves government forces and Russian regular troops.
Posted by seemorerocks at 21:28