Ukraine’s parliament to gather for extraordinary session on Sunday 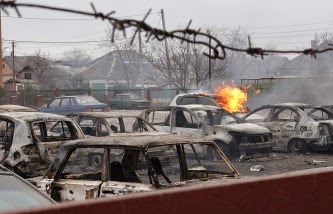 KIEV, January 24. /TASS/. Ukraine’s Verkhovna Rada /parliament/ will gather for an extraordinary session on Sunday, Yuri Lutsenko, the leader of the Petro Poroshenko Bloc faction, wrote on his Facebook account on Saturday.

“We are preparing an extraordinary session of the Verkhovna Rada tomorrow,” he wrote.

Earlier on Saturday, Rada speaker Vladimir Groisman said the parliament might meet for an extraordinary plenary session after a meeting of the Ukrainian National Security and Defence Council scheduled for January 25. In his words, the lawmakers “must be ready to act and take necessary urgent decisions.”

On Saturday, Ukrainian President Petro Poroshenko initiated an emergency meeting of the Ukrainian National Security and Defence Council on January 25 over the deterioration of the situation in eastern Ukraine after artillery shelling of the city of Mariupol. To attend this meeting, the Ukrainian president cut short his visit to Saudi Arabia. The meeting is to “work out and take extra steps over the quickly deteriorating situation in eastern regions.”.


Fish Rots From The Head: Ukrainian Military Leadership in Disarray

Previously unknown details of the airport assault: Ukrainianchief of staff has the blood of Ukrainian soldiers on his hand. 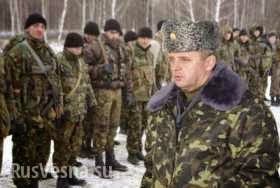 DPR Intelligence has confirmed reports that the Ukrainian forces during the fighting in the vicinity of the Donetsk airport were personally commanded by the Ukrainian General Staff Chief V. Muzhenko.

This information has been obtained through intercepted Ukrainian General Staff telephone communications. They reveal that Muzhenko personally issued the order to dispatch the tank column from the town of Tonenkoye toward the airport.

Fearing treason and not trusting the B-sector commanders, Muzhenko personally planned the failed operation to break through to the Ukrainian forces surrounded at the new terminal, and relieved of command several “unreliable” commanders.

By his orders, the Ukrainian soldiers moving to attack the airport received their combat tasks only as they were approaching the battlefield. This caused several tank drivers to sabotage their vehicles. Due to “technical problems”, six tanks and 3 BMPs failed to reach the battlefield.

The zeal shown by Muzhenko was motivated by Turchinov’s publically declared intent to inspect Ukrainian military units in the vicinity of the Donetsk Airport. Muzhenko’s task was to “clear” the airport and convince his bosses he was capable of controlling the situation. Muzhenko’s attempt to demonstrate his political loyalty once again sent Ukrainian soldiers to their deaths. Their blood is on his hands.

Translator’s Note: There no honor among thieves--nor among the members of the Ukrainian political and military elite. The situation is exactly as it was during the battles of the summer of 2014, when mutual mistrust among commanders at various levels and the resulting lack of cooperation facilitated the defeat of the Ukrainian attempt to overrun DPR and LPR. Novorossia’s tactical gains on the ground are probably outweighed by the disarray they have caused among the senior military leadership of the country. Many of the senior officers of the Ukrainian military were purged because of their lack of proper enthusiasm for the Maidan. Their places were occupied by incompetents whose main attribute was political loyalty. Now that their incompetence is being shown, it leads not only to recriminations among those commanders and the political leadership, but undermines the soldiers’ trust in their own commanders. This is a major advantage that Novorossia enjoys over its adversaries. From Zakharchenko to individual battalion commanders, Novorossia’s soldiers are led by leaders who are both competent and trusted. 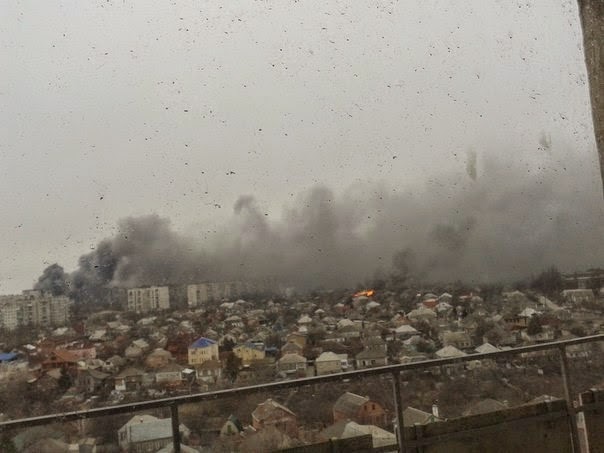 Our forces are approaching the outskirts of Mariupol, pushing the defenders into the city, our forward assault teams have begun to infiltrate the city just like in September. In the area of Debaltsevo salient our forces are attacking not only the “openings” of the salient but also its walls, making Ukrainian reserves maneuver difficult, and enemy communications/supply routes are being regularly shelled. We are expecting the junta to bring reserves into action by the evening in the area west of Svetlodarsk to prevent a full encirclement of the Debaltsevo grouping.

Nevertheless, junta’s situation is growing more difficult, as Novorossia forces are gradually creating conditions for the largest encirclement since the beginning of the wary, or when Strelkov trapped 5.5-6 thousand Ukrainians in the southern pocket. The Ilovaysk and Ambrosievka pocket that was created after the “northern wind” began to blow, trapped 5-5.5 thousand Ukrainians. The Debaltsevo pocket might trap 7-8 thousand which, while not a lethal blow for the junta, it would be a catastrophic defeat that would make its future offensive operations impossible for a long time.

Zakharchenko once again confirmed today that the “Minsk ceasefire” is finished, and one can’t help feeling happy about that. If they resume the haggling over the ceasefire, it will be only after the front line has changed its location, which will likewise totally change the background for the negotiations. The reasons the ceasefire idea had failed were entirely objective, even though its propagandists were trying to the very end pull the wool over everyone’s eyes.

Strelkov’s Novorossia movement held a conference in Moscow. Lots of people showed up, from nationalists to communists. One of the pleasing news was the announced level of financial support received so far: 100 million rubles. The movement is going well, Strelkov is even being allowed to appear on TV. While as late as October the existence of the movement was still in doubt but, as we know, the pathfinder clears the path.

I've got no idea what to make of this, so will just post the material. If the Saker is right this open up infighting which the Kiev junta may exploit

While I often post stuff I don't agree with, this time around I am going to post something which I find most disturbing, but which I strongly believe has to be aired.

As you might have heard, the mayor of Pervomaisk, Evgeny Ischenko, has been shot.  Some (many?) are accusing Plotnitsky, just as in the case of Batman. I am not taking sides here, but I find the following video very disturbing because it does show something weird: Plotnitsky seemingly praising Ischenko and the footage of the latter absolutely infuriated by Plotnitsky and Zakharchenko.  Notice that Ischenko also speaks some nonsense, for example when he praises Cossack units and their commanders when, in reality, Cossack forces are, by and large, 2nd rate and are not trusted with any critical sectors.  The folks who made the video, FallenUSSoliders, clearly have a fixation on Jews, they also buy into the "Russian oligarchs" betraying Novorussia narrative, but you don't have to agree with that to notice that two fierce opponents of Plotnitsky have been recently killed and that regardless of whether this is true of not there are plenty of folks in Novorussia who feel not only betrayed by Russia, but even attacked by the Kremlin or Russian oligarchs.

Here is the video:

Okay, just to make things clear: I am not endorsing this version, nor am I blaming Plotnitsky, Zakharchenko or anybody else.  I am just saying that this version is gradually acquiring more and more traction and that his is very bad for Novorussia.  Personally, I think that Plotnitsky should resign until he can clear his name because regardless of whether is is to blame for what is going on, he is clearly not a consensus figure and many key figures do not trust him.  As for Zakharchenko, who apparently is far more popular, he needs to sit down with the "opposition" and try to achieve a broad consensus in specific key issues.  For example, Zakharchenko has now declared a) that the ceasefire is over and b) the the Minks agreements are de-facto dead.  Okay - he said it. Nobody made him.  Now stick to it even if the Kremlin is unhappy about it.  One of Zakharchenko's key roles is to be an effective representative of the Novorussian interests before Putin (who has first and foremost Russian, not Novorussian, interest to defend, as it should be) but for that he also needs to convince his people, the Novorussians, that he is not Putin's puppet but their leader.

There is a prefect precedent for this: contrary to what the doubleplusgoodthinking AngloZionist propaganda says, Hezbollah is not Iran's puppet at all.  The relationship between Iran and Hezbollah is one of partners and allies, even if clearly one partner is bigger and more powerful then the other.  And, yes, Hassan Nasrallah and Hezbollah are followers of Ali Khamenei, but the Iranians are wise enough to always treat Hezbollah as a respected friend, not a puppet.  Putin and Zakharchenko need to follow that mode as at the end of the day, it yields a far stronger alliance then the subservient "puppet - puppeteer" model (normally used by the USA and West Europeans).

One more thing: I don't know where the authors of this video got the idea that Plotnitskii is a Jew, but I found no evidence of that.

Anyway, I am posting all this just to make a simple point: there are problems inside Novorussia and in the relationship between Russia and Novorussia which greatly weaken the good side and which can be exposited by the Nazis.  Perceptions matter and if these issues are not addressed, things will just get worse.

the murder of the mayor of

Igor Plotnitsky (I.P.): With sadness I would like to report that we became witness to another crime of Kiev authorities against peaceful residents and the government of Lugansk People's Republic. Evgeny Ishchenko, whom I have appointed as a mayor of the city of Pervomaysk, was killed yesterday, and discovered today. This person fulfilled his duties honorably, principally and firmly. Was fighting for the interests of his residents, and understood the goals and tasks of building the Republic as a whole.

I want to express my condolences to the families and loved ones of the killed.I gave strict orders to find the perpetrators, because we already know who are the masterminds. I am sure that the perpetrators will be found in the shortest time. He had three volunteers with him, who were distributing humanitarian aid.

Reporter: Were they from Russia?

I.P: As far as I know they were locals. They disappeared yesterday. Everyone was looking for them. Today they were discovered somewhere on the outskirts of the city. They came under fire of a Ukrainian recon-subversive group, which is seen from the manner of the attack. Those who were on the right ran to the right, and he ran to the left, he was discovered 70 meters from the car. It was an execution.

This is another crime against our peaceful residents, our residents and people's government. He used to be a military, but he has since became a civil servant, defending the interests of his own city, his own people. But unfortunately they do not stop at killing peaceful civilians.

R.: Why didn't he have security?

I.P: The question is not about security, even Kennedy had security. The issue is that he was doing his job faithfully. He was distributing humanitarian aid, we coordinated with them about deliveries.

Prosecutor, special services are investigating. They stumbled on a recon-subversive group, which destroyed regular people. They were in a civil vehicle. They didn't care that they were civilians. They all got executed.

R,: Who are the masterminds?

R.: What's the likelihood that these subversive groups are not sent here to destroy the first officials of the republic?

I.P: You are welcome