Of course they did!

Did the NSA conceal Fukushima meltdown from military sent into area?
More than 50 U.S. Navy sailors who served aboard ships that responded to the 2011 Fukushima disaster in Japan report falling ill to cancer and other radiation-linked diseases. 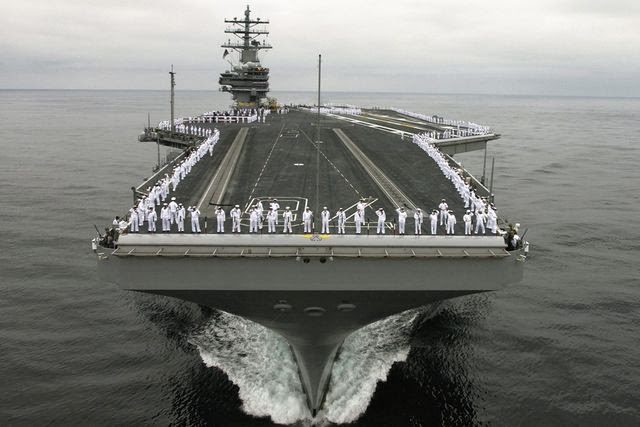 The reported illnesses among sailors who served on the USS Ronald Reagan and other Navy ships make it imperative to ascertain whether the Navy knew or should have known the conditions into which it was sending personnel. To that end, it is critical to know whether the NSA intercepted telephone and email communications from the Tokyo Electric Power Company, and whether the spy agency knew that TEPCO was covering up the multi-reactor meltdown at the time the Pentagon ordered sailors into harm’s way during “Operation Tomodachi.”

It would be hard to imagine that the NSA, the embattled spy agency which has been caught eavesdropping on the German and Brazilian heads of state, as well as on the pope, was not using all available surveillance technology and Japanese translators to monitor the unfolding TEPCO catastrophe. It would be highly unlikely that it failed to provide the Obama Administration with frequent updates on the situation.

These are questions that the sickened sailors and their families will want answered, as a growing class-action lawsuit against TEPCO moves forward, as reported by Fox News.

The Navy’s decision to move ships into the area near Fukushima could spell another scandal for President Obama at a time when his approval ratings are reaching new lows, and could further alienate military veterans.

The case also raises serious questions about whether the NSA properly executed its mission to protect U.S. troops from overseas threats. These possible injuries came at a time when the spy agency seemed preoccupied with conducting surveillance on the American people in what U.S. District Court Judge Richard Leon called an “almost Orwellian” violation of the U.S. Constitution in his ruling on the NSA’s PRISM program.