Study says another greenhouse gas is far more dangerous than CO2
Scientists at the University of Toronto warn that PFTBA, a commonly used chemical, could become a major threat 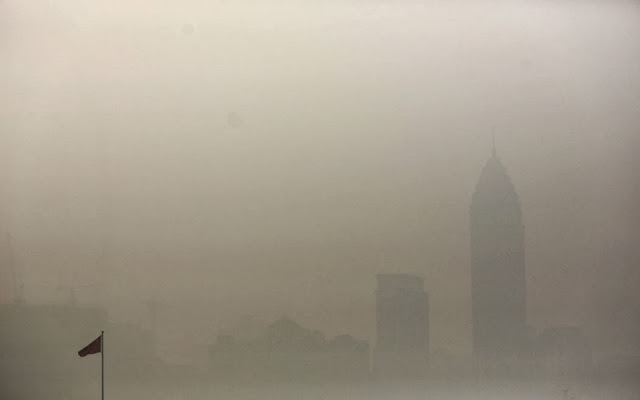 Scientists in Canada say they have found that a seldom-mentioned greenhouse gas, which has been present in the atmosphere for decades, has far more potential than CO2 to warm the Earth.

The substance – called perfluorotributylamine, or PFTBA – "is the most radiatively efficient chemical found to date, breaking all other chemical records for its potential to impact climate," scientists at the University of Toronto said in a news release about their recent study.

Radiative efficiency, the report notes, is a term that describes how effectively a molecule can affect climate. This value is then multiplied by its atmospheric concentration to determine the total potential impact.

The man-made chemical has been used in electrical equipment since the middle of the 20th century, and is currently often used for electronic testing and as a heat transfer agent, the scientists involved in the study said.

They said there is no known process for destroying or removing the chemical from the lower atmosphere.

"So it has a very long lifetime, possibly hundreds of years," said Cora Young, one of the researchers.

"Calculated over a 100-year timeframe, a single molecule of PFTBA has the equivalent climate impact as 7,100 molecules of carbon dioxide (CO2)," added her colleague, Angela Hong.

CO2 is used as the baseline for comparison since it is widely believed to be the most important greenhouse gas potentially responsible for human-induced climate change.

"This is a warning to us that this gas could have a very, very large impact on climate change – if there were a lot of it,” Drew Shindell, a NASA Goddard Institute for Space Studies climatologist, told U.K. newspaper The Guardian. “Since there is not a lot of it now, we don't have to worry about it at present, but we have to make sure it doesn't grow and become a very large contributor to global warming."

PFTBA molecules can stay in the atmosphere for 500 years, the researchers said, adding that there are no known natural systems on Earth that can absorb it, as forests and oceans do for carbon.

Shindell also told The Guardian that the Toronto research is just the latest in a number of studies putting a spotlight on other greenhouse gases like PFTBA that are not very prevalent in the atmosphere but have enormous potential to warm the Earth.

The Toronto scientists’ findings, announced to media last week, were initially published in the online edition of Geophysical Research Letters on Nov. 27.