The Daily Mail is obsessed with people being angry because their travel plans were disrupted (they had several days notice that this was on its way).

Storms across Britain leave five dead and Christmas travel in chaos
Deaths linked to severe weather rise as rail, road, air and ferry disruptions hit thousands trying to get away for Christmas 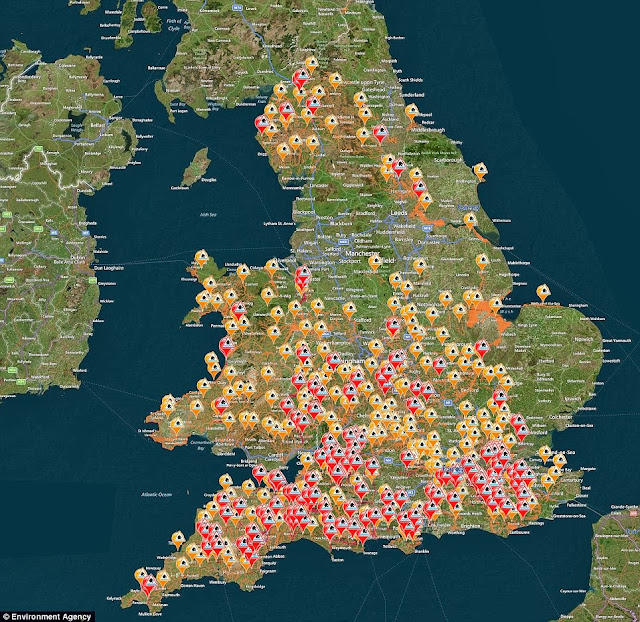 Five people have died since Monday after the UK was battered by strong winds and heavy rain, with the stormy weather causing widespread chaos to rail, road, air and ferry travel as thousands attempted to make journeys before Christmas.

Torrential downpours made conditions hazardous in many places. Three people died in rain-swollen rivers, including two men in Cumbria and Devon who were trying to rescue their dogs.

Simon Martindale, 48, from Hest Bank in Lancaster, fell into the river Rothesay in Ambleside, Cumbria, on Monday afternoon in an attempt to save his dog. The body of a 46-year-old man was pulled from the river Lemon, in Newton Abbot, Devon, after he too attempted to rescue his dog. A woman in Gwynedd, north Wales, was recovered from a fast-flowing river after she left her house to check on her water supply. 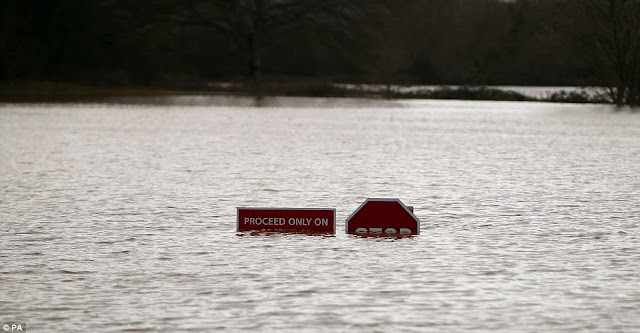 The body of a man was also found in a stream by a dog walker in Horton, Telford, just before 9am on Tuesday, but West Mercia police could not immediately confirm his identity.

In Shrewsbury, Shropshire, a woman died on Monday night after a three-car crash in what emergency services described as difficult driving conditions.

With trains cancelled or severely delayed on a number of rail networks, crews have been working to clear storm debris from lines and repair power cables. There is currently a limited train service to Gatwick airport, south of London, which has also seen some flights cancelled or delayed by a storm-caused power problem in the north terminal. 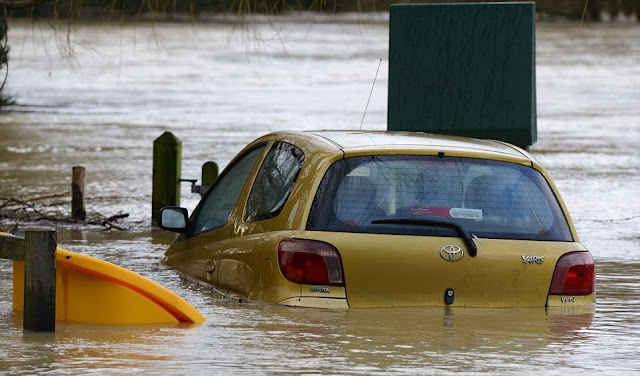 The Environment Agency has 157 flood warnings in force, meaning flooding is expected, principally in the south-east and south-west of England, and a further 273 lower-level flood alerts.

The Met Office has amber weather warnings in place for the west of Scotland and Northern Isles, cautioning of winds gusting to 90mph, with less severe warnings for wind and snow across all Scotland and Northern Ireland, as well as parts of north Wales and northern England. Conditions will ease into Christmas Day, and Boxing Day will be calmer still, but another front of strong winds and heavy rain is forecast to hit much of the UK on Friday.

A total of 150,000 homes were left without power, according to the Energy Networks Association, which represents power companies, mainly in the south of England. Kent, Surrey and Sussex were the worst affected areas, the organisation said.

The cumulative effect of the tempestuous conditions has been to severely hamper many people's Christmas getaways, albeit with the chaos alleviated by the fact this year's travel rush has been spread out, with many people making their trips at the end of last week or over the weekend. 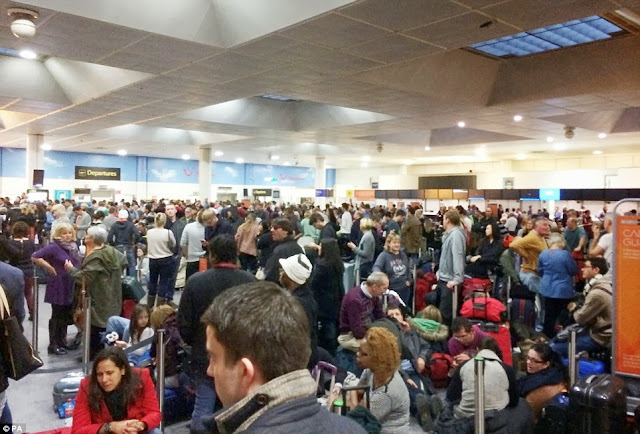 Flights were badly affected on Monday night, with a number diverted to alternative airports due to the storm. Passengers recounted storm-tossed descents into airports including Gatwick, Heathrow and Bristol, with some planes diverted at the last moment. One passenger on a flight from Stockholm to Heathrow told the BBC "everyone thought they were going to die", with the plane being "thrown about like a toy".

While most airports were operating normally, passengers were advised to check with airlines before travelling. Gatwick's north terminal remained affected by the power cut, with delays to check-in and bags being loaded manually as conveyor belts had no power, while storm damage meant for a period there were no trains at all to the airport, with both Gatwick Express and Southern services suspended while repairs to the line were made. Gatwick's south terminal was operating normally.

Some tempers were fraying among delayed passengers. Graziella Vella, 37-year-old a makeup artist from Kilburn in north-west London, was due to fly to Malta to spend Christmas with her family. She said: "I am fuming and absolutely desperate – there has been no information at all and we can't make alternative plans. We're just hanging in limbo. At least if they said: 'Nothing is going to happen, come back tomorrow', but there is no information of any kind. It is absolutely chockablock and in the check-in room upstairs there are 50 people queuing for the one toilet that is working."

Deborah Oliver, 57, was bracing herself for the possibility of not seeing her 81-year-old parents on Christmas Day after her flight from Gatwick to Edinburgh was cancelled. "I've been here since 6.30am and you just want to get home for Christmas," she said. "My flight was at 8.25am and we've just had so little information. We've not even been offered a cup of tea. It's just such a shame. You just think: 'What the heck can I do?'. It's seeing my parents and it means a lot to see them at Christmas."

Many other rail lines were less severely affected, including South West Trains, First Great Western, East Coast, Virgin and local services in Wales and the Midlands. Travellers on a First Great Western service to Plymouth spent the night stranded at Taunton in Devon. Passengers tweeted photos of their "bed for the night" – a seat – but praised train staff for their assistance. 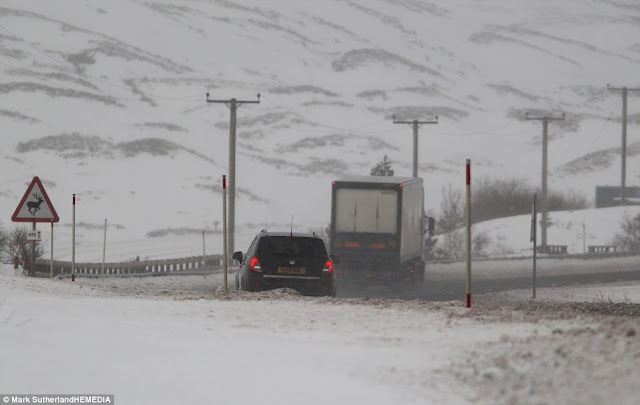 On the roads, the Highways Agency reported a number of routes closed or subject to delays as a result of flooding, fallen trees or other incidents, with areas affected including Kent, Hampshire, Surrey, Sussex and Cornwall. In Dorset fire crews had to rescue 25 people trapped in their cars by floods.

Many ferry services remained disrupted, including services between Scotland and Northern Ireland, and to the Isle of Man. The port of Dover had to close overnight due to the strong winds but reopened at 7.30am. 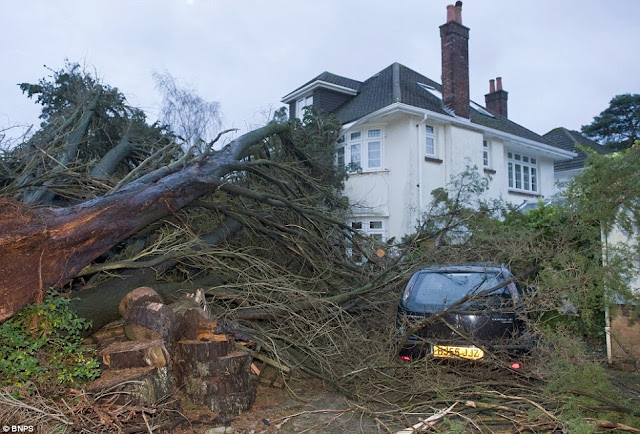 Posted by seemorerocks at 10:19