Social and economic collapse in America

soars as cuts sink in and

More working Americans are lining up at emergency food banks and going hungry, as cuts to those programmes take effect 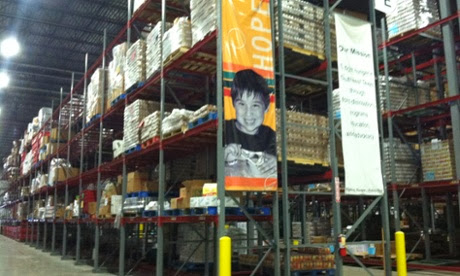 For Denise Acosta, it was being laid off for the first time. For Diana Martinez, it was the death of her mother, leaving her as the sole carer for her severely disabled younger brother. For Johnny Hill, it was having to take responsibility, a year away from retirement, for her two young granddaughters.

Each of these hard-working women from San Antonio, Texas, have fallen victim to circumstances that turned their lives upside down, robbing them of their full-time jobs, the paychecks they once enjoyed and, in Acosta's case, her home. Their stories vary, but they all belong to a growing group, America's working poor, for whom the journey from getting by to hunger can be brutally short.

Deep cuts to the US food stamps programme, designed to keep low-income Americans out of hunger in the aftermath of the economic recession, have forced increasing numbers of families such as theirs to rely on food banks and community organisations to stave off hunger.

An expansion of the programme, put in place when the recession was biting deepest, was allowed to expire in November, cutting benefits for an estimated 48 million people, including 22 million children, by an average of 7%.

As these cuts begin to bite, even harsher reductions are in prospect.Republicans in the House of Representatives have proposed $38bn cuts over 10 years, in their latest version of a long-delayed farm bill that would also require new work requirements and drug tests for food stamp recipients.

The cuts have forced poor families to make tough choices. The Guardian spoke to beneficiaries of the food stamps scheme, known as the Supplemental Nutrition Assistance Programme (Snap), in San Antonio, Texas. As the second most populous US state after California, Texas suffered the second-biggest cut to its Snap programme, affecting 4 million recipients.

At the San Antonio Food Bank, where she comes for help with her resume and to register for its work force program, Acosta, 36, a mother of four children aged 14 and under, described how being laid off from her job as a healthcare administrator seven months ago had caused an immediate family crisis.

An $800 medical bill, no longer covered by insurance, meant Acosta quickly fell behind on the $1,200 monthly payments on her house, then the car. She lost both, and was forced to move in with her sister in Edinburg, Texas, 200 miles south, until her unemployment benefit came through. The strain of having her income slashed has taken its toll.

“For a while I had trouble sleeping. I would go to bed at three and four in the morning and I went through a depression. But I tell myself the children depend on me. I think 'Mind over matter'. People are worse off than me.”

In October, the family's Snap benefits were $113 a month, a sum that lasts them about a week and a half. A letter Acosta received warned her of a Snap cut of $11 for each family member in November. Acosta has learned to be creative: with the children's meals, with juggling bills, with trying to keep the kids from noticing the dwindling food on the table and in their schoolbags as her job search drags on.

“They are always starving, the boys have a very high metabolism – I don't know where the food goes. I used to buy Lunchables [lunch packs] for snacks, now I get a big pack of ham and cheese and we make our own. They say: 'Why can't we have Lunchables?' I tell them, 'This way they get more.' I buy larger packs of cheaper meat and stretch it out. We buy the cheaper brands of cereal now. 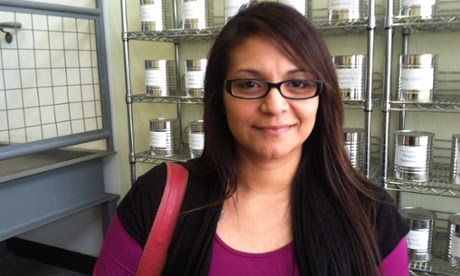 “If I don't have enough food, the older ones are harder to please. The younger ones will have a tuna sandwich or Roma noodles, around 19 cents a pack. The older ones say 'This isn't even a meal.' I do my best to make sure they don't see a difference. I don't want it to affect them as much as it's affecting me.”

The soaring participation in Snap, which has almost doubled in seven years – from 25 million people in 2006 to almost 48 million today – has made it a prime target for large cuts by Republican lawmakers anxious to save money.

The House bill would deny Snap to 3.8 million low-income people in 2014, according to estimates by the Congressional Budget Office, and to an average of 3 million people a year for 10 years. Those who would find themselves no longer eligible include some of the nation's neediest individuals, working families, children and senior citizens. In addition, 200,000 families would lose access to subsidised school meals.

“That would make it really difficult for people who struggle to find work like me to get back on their feet,” Acosta said.

Even since the November cuts took effect, those involved in emergency food distribution reported higher demand and longer lines, with new clients they had not seen before. The San Antonio Food Bank says donations are up 16% But because of the cuts to Snap the supplies disappear faster.

Eric Cooper, the CEO, said: “For me, October, November and December is harvest season. Our community is at [its] best. There's a great spirit of the holidays and giving is at its peak. But when I go into the warehouse, there are a lot of empty shelves. It used to last longer. Demand is outpacing supply.”

The food bank’s 535 partner agencies, food pantries and kitchens across 16 counties in southwest Texas, are ordering more food, Cooper said. “They are reporting longer lines and they are seeing people sooner in the month.”

Of the 58,000 clients fed by the SAFB every week, Cooper said, half are working families, many are underemployed, the rest are seniors and people who, through mental or physical disability, cannot work. There are a lot of veterans in Texas, some of whom have been disabled through military service. But on the whole, he said “Hunger is biased towards women and kids. A divorce, a separation can put a lot of women in poverty.”

From the San Antonio Food Bank it is a short drive to the Baptist Temple Church food pantry, one of its partners. It usually feeds between 220 and 240 needy families a day, representing around 900 individuals. When the Guardian visited, on an unseasonably cold night in December, scores of people stood shivering in line in the crowded car park across the road from the church, while others took refuge in cars. 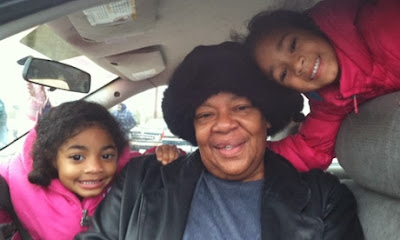 Johnny Hill, 64, a divorced great-grandmother, is raising her daughter's children, aged five and three, and looks after another grandchild part time.

A former school cafeteria manager for 25 years, Hill now works in administration six days a month for the church, which pays her $600. Her Snap benefits fell rom $550 to $494 last month. She comes to the food pantry three times a month and shares what she has with her 85-year-old neighbour. “It doesn't matter about me,” she said. “I just need to look out for the kids. We eat a lot of salads. We manage. I'm dealing with it.”

She has a lot of “good church friends”, who help out, but admitted: “We'd be in trouble if we didn't have the food bank.”

Like Hill, Diana Martinez, 46, inherited the responsibility for another family member. Her mother's death, left her in sole charge of “baby brother” Michael, 41, who is severely mentally disabled, forcing her to give up her 18-year job as a head custodian for the school district.

“Michael has the mind of a two-year-old,” Martinez said. “He goes to day care, but when he's not feeling good, he acts up and he won't go for weeks. Who would give me a job and time off when he acts up?”

Now she earns minimum wage of $7.25 an hour from an agency for 24 hours a week of caring for him, a total of $754 a month. The rest of the time she does it for free. Martinez and her son, Sean, six, live with her brother in a handicapped apartment paid for by Michael's disability benefits and they get $288 in Snap, reduced from $308. It has meant less meat and a trip to the food bank once a month, usually to the Salvation Army site downtown.

“I got a chicken here today, so we'll have that and mashed potatoes and macaroni. Sean will like that. If it wasn't for the food bank, I would be hungry. It helps me a lot.”

Last month, the need for emergency food in this community soared to its highest level yet, according to Joe Guinn, a minister at the church. He shakes his head in disbelief as he recalls last month. “There were 260 families, that's almost 1,500 people,” said Guinn. “Our absolute highest ever.”