TEPCO released a brief report on the bent fuel assembly in unit 4′s spent fuel pool. The outer box of the bent assembly showed cracks in the steel on both sides of the bend. They stated that there we no increases in radiation near the assembly. This would indicate that the interior fuel rods were not broken to the point of leaking contamination that was detectable. TEPCO previously admitted a pre-disaster bent fuel assembly was located in the pool. They do not clarify if this report is on that same assembly. The one inspected does have similarities in the damage to the pre-disaster assembly so it is assumed this is the same one. 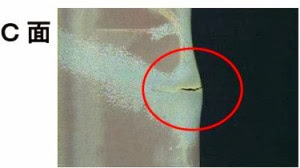