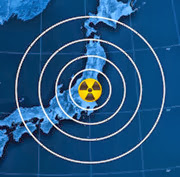 
This is part of a continuing effort to communicate the findings of researchers investigating the fate of Fukushima derived radiation in the marine environment. A recently published study by Kanisch and Aust of the Thünen Institute of Fisheries Ecology in Hamburg reports that Fukushima sourced cesium (Cs) has been detected in fish collected in the north Atlantic Ocean. Like fish sampled thus far in the north Pacific the contribution of Cs to overall exposure of human consumers to radiation by consuming these fish is very small. In the Atlantic given that only modest atmospheric deposition of Cs has occurred radiation from Cs isotopes to human fish consumers is 26000-fold lower than the naturally occurring isotope polonium-210.  The authors conclude that the typical consumption of 10kg of affected fish per year:

"...is not expected to cause concern according to present guidelines for radiation protection."

The study is available online in the open-access, peer reviewed journal Biogeosciences of the European Geophysical Union.  As more of these studies become available to the public we can learn the extent to which Fukushima sourced radionuclides have impacted the marine food supply and the objective risk they pose to human consumers.
It is not necessarily surprising to note that only low levels of Cs from Fukushima are present in North Atlantic species of cod, redfish and whiting.  The Cs from Fukushima present in the study area was delivered by atmospheric fallout following the initial atmospheric release in mid-March 2011 which was estimated to be ~12-15 PBq (10^15 Bq) for each of Cs-134 and Cs-137.  Deposition of these isotopes were measured in the north Atlantic and estimates range between 0.1 to 100 Bq per square meter were deposited to the ocean surface.
It is, however, interesting to compare the levels of Cs-137 measured in fish harvested from the Baltic Sea to the Cs-137 measured in tuna harvested from the North Pacific where the absolute contribution of Fukushima derived radionuclides is greater.  This is because north Pacific tuna have been exposed to radionuclides delivered from atmospheric fallout and those released to the ocean directly given efforts to cool the damaged reactors with coastal seawater.
In Table 1 of Fisher et al. (2013) PNAS the investigators report that Cs-137 levels in tuna harvested in 2011 off Japan and off California were found to range between 1.5 to 23 Bq per kilogram of wet weight.  Fish analyzed by Kanisch and Aust (2013) Biogeosciences (see Table 2), contained 0.2 to 8.2 Bq per kilogram wet weight from the presence of Cs-137.  In the case of the highest Cs-137 fish collected in the Baltic Sea in the North Atlantic 2% of the Cs-137 is the result of release from Fukushima while the rest reflects release from atmospheric nuclear tests and the Chernobyl disaster.
More and ongoing monitoring of the presence and levels of radionculides from Fukushima in the marine food web is necessary to determine risks to human consumers of seafood. At present the risk attributable to Fukushima sourced radionculides is very small to those on the west coast of North America but could change if conditions at the disaster site deteriorate and radionuclide release rates and, therefore, marine concentrations were to increase to levels seen in March and April of 2011.