US and UK pursuing a ‘massive land grab’ in South Sudan 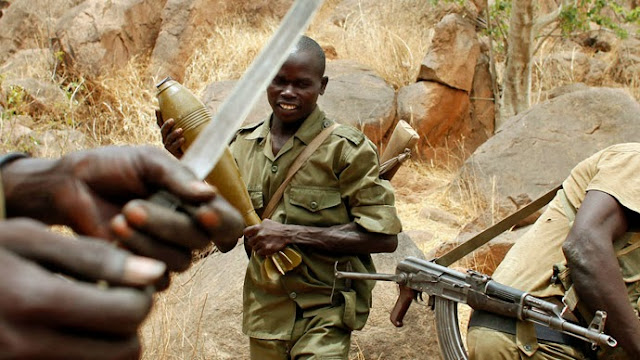 RT: How possible is another irrevocable split - this time of South Sudan? Or has that already happened in reality?

Keith Harmon Snow: It is already happening in reality. The fighting since December 15 has led to the murder of about 5,000 people in the Juba area according to reports we are getting from South Sudan. Of course, none of this is in the international media at all; the international press is completely relying on the government of Salva Kiir for their facts and their information. And the government of Salva Kiir is effectively a terrorist government put in power by the West.

RT: What interests are the US and UK pursuing in South Sudan? Why they are involved there?

KS: Massive land grab! We are talking about agricultural resources that have not been tapped into that [huge] agribusiness want to take control of it. Sudan is home to massive properties that are producing, or have produced in the past, the main ingredient for soft drinks and ice cream, which is gum-arabic. The Darfur area in particular was [important] because the gum-arabic produced there [accounts for two-thirds] of the world’s supply, and it's the best gum-arabic in the world. South Sudan has mining reserves and it also has massive oil reserves. Those are the biggest interests: land, oil, mining and agricultural production.

RT: How is the conflict affecting the oil industry and what is the international community doing about it?

KS: The oil industry in Sudan has backed the terrorism that happened there and agents of power that have put in place the government of Salva Kiir. The agents that supported the South Sudan, Sudan People’s Liberation Army (SPLA), would be the government of Uganda and powerful factions from the United States, including cooperative executives from the oil companies.

The interests of the oil companies have been served by bringing the SPLA into power, which they did, and they succeeded in creating a separate independent state called South Sudan. In the process, the oil has continued to flow out of South Sudan. They have brought about this situation and every day there is killing inside South Sudan; it benefits the oil companies because if you remove the people you have greater control of the land.

andout photo from UNMISS shows officers from the UNMISS Japanese contingent provide water to civilians seeking refuge in UN House, the UNMISS (United Nations Mission in the Republic of South Sudan) compound on the southwestern outskirts of Juba on December 16, 2013. (AFP/UNMISS)

RT: How strong are the government's forces now?

KS: The Sudan People’s Liberation Army, which would be the government forces, has been split into several factions, and in the fight that has occurred recently has been the faction that is the government in power: Salva Kiir, versus Riek Machar. Both of these guys, Riek Machar and Salva Kiir, were from the Sudan People’s Liberation Army previously.

[The] government [of] Salva Kiir has perpetrated massive atrocities against the Luo-Nuer since December 15, especially the Nuer people in the Juba area, where the reports are 5,000 killed; and that would be mostly women and children, non-combatants of any sort. I don't see any possibility of what we would call democracy in South Sudan.

RT: Tens of thousands of civilians have found shelter in UN compounds. How vulnerable are they at this point?

KS: You have to look at the UN occupation of South Sudan as a part of a complete occupation, domination and expropriation of the land of Sudan from the people of Sudan. The UN interests in Sudan serve the power structures, they don’t serve the people.

The fact that they have created a refugee camp is just another business opportunity for organizations like Save the children, or the Norwegian People’s Aid, which has [projected] itself as a humanitarian organization, and has actually shipped weapons into South Sudan. You have to look at this from this prospective: the UN, the African Union, the Ugandan troops, and there are 3,000 Ugandan troops currently in South Sudan backed by the Pentagon, backed by the African command of the Pentagon.

This is what’s going down in South Sudan. It’s not an internal tribal war, it’s a western corporate occupation and what we would call pacification of South Sudan strictly for the land grab and for the resource grab that’s going on. And the people that are suffering the atrocities committed by the government of Salva Kiir have started to fight back. [The] Nuer were unhappy with the Dinka government, which has now turned on the Nuer people, and that’s where the war comes from.

A guy at Smith college, Dr. Eric Reeves, has been a number one propagandist about South Sudan being the victims of atrocities for all these years, when in fact the government today, the Sudan people’s Liberation government, has been the power that has been committing those atrocities in South Sudan as well as in North Sudan.

The Muslim Brotherhood has officially been named a terrorist group in Egypt - less than a year after its candidate Mohammed Morsi won the presidential election. Now, the group is outlawed by the country's military-backed interim government, which ousted Morsi six months ago. Cairo-based journalist Shahira Amin says things will only get worse from here.

In an attempt to beat back gains by Al-Qaeda-linked insurgents, the United States is moving "dozens" of Hellfire missiles and surveillance drones into Iraq.

Imagine, if you will, that you and your 15 closest unarmed, civilian friends are celebrating a young couple who has just started their lives together, and are on your way to their wedding party, when all of a sudden a remote-controlled US killing machine drops several air-to-surface tactical missiles on your group and kills you before you have a chance to blink. Macabre as it sounds, this is precisely what happened in the conflict-torn (courtesy of the CIA) republic of Yemen last month when a US drone mistakenly killed 15 people.

The US justification: the 15 civilians were mistaken for an Al Qaeda convoy (good thing this was not in Syria, where such an Al Qaeda convoy would have received US arms and funding), and in keeping with the US "superpower" walkthrough, the missiles were launched first, and questions would be asked later if ever. And while this happens daily around the globe (remember: they hate America for its freedoms, not because it rains hellfire on civilians without reason), this time the United Nations human rights watch actually had the temerity of calling out the US on its latest act of mass murder.
Reuters has the full story:

United Nations human rights experts told the United States and Yemen on Thursday to saywhether they were complicit in drone attacks that mistakenly killed civilians in wedding processions this month.

The independent experts questioned the legitimacy of drone attacks under international law and said the governments should reveal what targeting procedures were used.

Local security officials said on December 12 that 15 people on their way to a wedding in Yemen were killed in an air strike after their party was mistaken for an al Qaeda convoy. The officials did not identify the plane in the strike in central al-Bayda province, but tribal and local media sources said that it was a drone.

Stressing the need for accountability and payment to victims' families, the U.N. statement issued in Geneva said that two attacks, on two separate wedding processions, killed 16 and wounded at least 10 people.

"If armed drones are to be used, states must adhere to international humanitarian law, and should disclose the legal basis for their operational responsibility and criteria for targeting," said Christof Heyns, U.N. special rapporteur on extrajudicial, summary or arbitrary executions.

Poor Yemen, unclear that others' sovereignty does not matter to the US, voiced a feeble protest: "Yemen cannot consent to violations of the right to life of people in its territory," he added." Good luck with non-consenting.
However, it was the UN that surprised onlookers with one of the harshest condemnations of what is essentially unaccountable murder by an American remote-control plane, controlled from thousands of miles away:

Juan Mendez, U.N. special rapporteur on torture, voiced concern about the legitimacy of the airstrikes. Each state was obliged to undertake due investigation into the reported incidents, including their effect on civilians, he said.

"A deadly attack on illegitimate targets amounts to cruel, inhuman or degrading treatment if, as in this case, it results in serious physical or mental pain and suffering for the innocent victims," Mendez said.

Wait, so cruel, inhuman and degra.... oh look, another all time high for the S&P! Quick BTFATH, and ignore all this irrelevant "stuff."