Japanese government to sell its shares in Tepco

Japan to Fund Fukushima Decontamination With Tepco Sale
Japan’s government will assume decontamination costs from the Fukushima nuclear meltdowns via the sale of its shares in Tokyo Electric Power Co. (9501), the operator of the wrecked plant, while the utility will be responsible for compensation claims arising from the disaster. 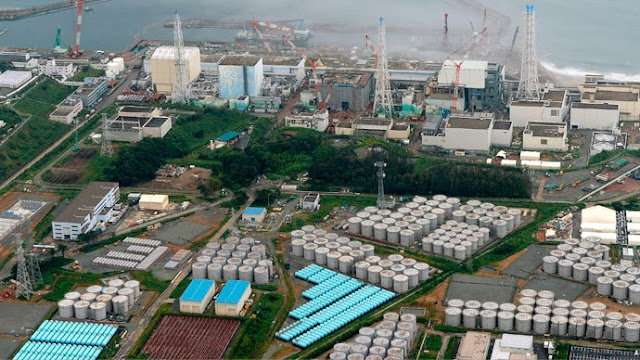 
The plan by the government’s Nuclear Emergency Response Headquarters puts a cap on the utility’s costs related to the disaster, which gives clarity to potential investors, Nomura Holdings Inc. said earlier this week. The company also plans to set up a separate unit to decommission the wrecked plant so it can get back to its business of generating electricity.

Decontamination costs near the Fukushima site 150 miles (240 kilometers) north of Tokyo are estimated at about 2.5 trillion yen ($24 billion), the NERH said in a statement today. The aim is to recover the costs through a sale of Tokyo Electric shares held by the government’s fund, it said.

“We aim to minimize the burden of citizens by enhancing the value of the company,” Trade Minister Toshimitsu Motegi told reporters today in Tokyo. The government support “is not intended to bail out Tepco, but promote revival of Fukushima along with the company,” he said.

The state-run Nuclear Damage Liability Facilitation Fund last year injected 1 trillion yen into Tepco and took control of the utility after the disaster inflated costs. Additional support, unveiled today by the government, will be included in a revised turnaround plan under review.

The measures are part of a package unveiled by Prime Minister Shinzo Abe’s government to accelerate the rebuilding of the Fukushima region.

“We have decided on this plan to speed up the recovery of Fukushima from the nuclear power disaster based on the three policies of helping people return to their homes quickly and helping people to restart their lives, bringing an end to the Fukushima accident and having the government take the lead,” Abe told reporters earlier today.

A record earthquake and tsunami on March 11, 2011, wrecked Tepco’s Fukushima Dai-Ichi atomic station, causing radiation leaks that forced the evacuation of about 160,000 people. Abe said in August that the utility isn’t able to handle the disaster recovery at the plant after the company acknowledged contaminated groundwater was seeping into the ocean.

Tepco will probably see its debt expand to 4.5 trillion yen by the year-end, according to Bloomberg calculations based on its earnings data.

Nuclear reactors provided more than a quarter of Japan’s electricity before the 2011 accident and Abe has said he’d like to reduce the country’s dependence on the technology.

The previous government run by the Democratic Party of Japan set a target of phasing out nuclear by the end of the 2030s in an energy policy set in September 2012. A new draft policy from Abe’s coalition government said that Japan will reduce its nuclear dependency “as much as possible.”