of flights delayed as fierce

Over a million homes and businesses without power, holiday plans destroyed over flight cancelations – that’s how Christmas panned out for some people across the globe, as deadly storms swept the planet. 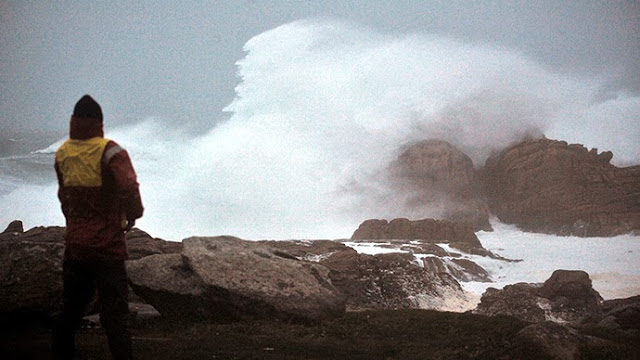 The disaster is expected to carry on at least for a few more days.

In the UK, stormy weather has killed five people since Monday. 150,000 homes were left without electricity. Scotland and Northern Ireland are also due to be hit by powerful winds of 140 kilometers per hour.

Weather and flood warnings have been issued across the country, leading to hazardous driving conditions. A power cut at the North Terminal of London’s Gatwick airport caused flight cancelations, before all flights were transferred to the South Terminal.


"I'm across plans to get electricity to many without power. My thoughts are with them and those facing travel problems this Christmas Eve," British prime Minister David Cameron tweeted.

I'm across plans to get electricity to many without power. My thoughts are with them and those facing travel problems this Christmas Eve. Parts of the roof of the Theatre Hangar are seen on the Dakota airplane after the roof was partially blown away by strong winds at the former airfield in Valkenburg on December 24, 2013. (AFP Photo / Bas Czerwinski)

In Belgium, winds reached 100 kilometers per hour. Traffic was disrupted in the capital Brussels, after uprooted trees crashed through power cables.

A teenager has died in Normandy in France, following a wall collapse at a building site. Extremely strong winds and torrential rain hit the country, especially in Brittany and Normandy.
Naval authorities also reported a Russian sailor missing after having been flown off board a vessel off the coast of Brest in Brittany, according to Reuters.
120,000 homes across France are experiencing a power blackout due to the disaster, according to Le Nouvel Observateur media outlet.
In the south of France, the situation isn’t any better: a ski resort at La Pierre Saint Martin was closed over the dangerous weather conditions, its manager, Dominique Rousseau, told Euronews.
The international airport at Nice was closed down, with all incoming and outgoing flights canceled until at least 12.00 GMT, due to poor visibility on the runway, a spokesman said as quoted by Reuters.
Heavy downpours also caused cancellations of rail, flight and ferry services.
The storm largely subsided in the north of France on Wednesday, but continued to batter southeastern France and the Mediterranean coastline. A man carries a boy in a flooded street in Morlaix, Britanny, where the city center is under 1.4 metres (four feet) of water on December 24, 2013. (AFP Photo / Frank Perry)


Moving further south in Europe: in Spanish airports such as Bilbau, Asturias, Santander and Vigo, flights are being canceled.

Red alerts – the most dangerous possible - have been issued in two districts in Portugal, while another 15 districts are under orange alert, the second highest level.
Authorities have also warned the population to stay away from the coast until Thursday, with waves expected to reach seven meters.
Portugal is also experiencing major power cuts, with the electricity supplier EDP saying that 1,000 of its staff are currently carrying out emergency works in north and central areas of the country. Waves break along the shore in Portstewart in Northern Ireland, on December 24, 2013. (AFP Photo / Peter Muhly)

Across the Atlantic, 14 people have been killed in ice and snow storms that battered central, northeastern US, and Canada.


Over 500,000 homes and businesses have experienced a major power blackout in the US. Power provider, Consumers Energy, based in Jackson, Michigan, told AP that the area hasn’t seen so many storms since the company’s founding 126 years ago. About 17 percent (over 300,000) of all customers lost power on Saturday, and half remained without power on Tuesday.

More snow is expected to hit the US, as the storm is moving into the Great Lakes region and Midwest on Wednesday.

US authorities are keeping emergency shelters open for those who have experienced a power blackout in their home.

In Canada two people died from carbon monoxide poisoning after using a gas generator to heat their home northeast of Toronto, Ontario, after a power blackout.

90,000 homes were without power in Toronto, according to the authorities, as quoted by AP. 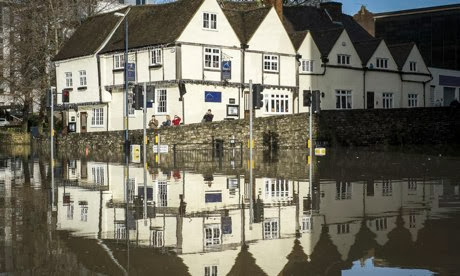 Tens of thousands of people were left without power on Christmas Day and dozens were evacuated from their homes as the stormy weather continued to bring misery and serious disruption to southern and central parts of the UK.
Some householders who were still without power in Kent, Surrey and Sussex were warned they may have to wait until the end of the week to get supplies restored.
The Energy Networks Association said 50,000 homes were without power, adding that it was likely some would still be suffering a power blackout on Boxing Day.
UK Power Networks, which delivers power to about 8 million customers in the south-east, the east of England and London, said the storm had deprived about 300,000 properties of power – although for most it was restored by engineers within minutes. It said its staff were working to reconnect everyone else, with supplies restored to the vast majority by Tuesday night and repair work continuing throughout Christmas Day and Boxing Day .
By the afternoon, UK Power Networks said there were 23,379 households in the south-east without power, but added: "Due to the severity of the storm damage in Kent, Surrey and Sussex, it may take until the end of the week to restore power supplies to the final pockets of customers in these areas, though work is continuing to reconnect supplies as quickly as possible." 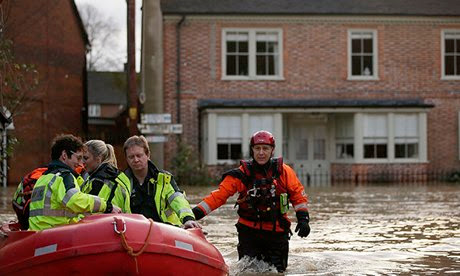 The company also said it had made arrangements for hundreds of people without power to enjoy a Christmas dinner. "We're conscious that a few people's Christmas dinners are going to be ruined so we're trying to find ways we can help," said a spokesman. He said the company would "foot the bill" to the tune of £40 per customer.
The Environment Agency (EA) said two severe weather warnings – the highest level of alert, meaning there is a danger to life – remained in place in the south-west. The EA issued 104 flood warnings across England and Wales on Christmas Day, mainly in the south-east, south-west and Midlands. A further 193 flood alerts were also in place, with 90 in the south-east alone.
The agency said 150 properties, mainly in the south and focused in Surrey and Kent, had been flooded on Tuesday night. 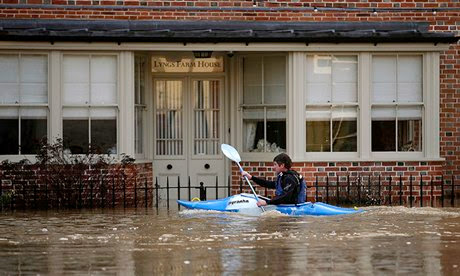 The storms and subsequent flooding also saw striking firefighters suspend their industrial action in parts of England.
Members of the Fire Brigades Union in Surrey and Kent were recalled to duty under the terms of an agreement between the union, the employers and the government.
Around 90 people were evacuated from their homes on the river Stour near Bournemouth in the early hours of Christmas Day. Police began to evacuate residents of the Ilford Bridge Home Park shortly after 3am following a severe flood warning from the Environment Agency. Fifteen people were also evacuated from the Beaulieu Garden Park Home in Christchurch, Dorset.
The coastguard joined Kent fire and rescue service to rescue people from the Little Venice Caravan and Marina Park in Yalding after rising waters from the River Medway cut them off.
In Surrey, residents were evacuated from their homes in Dorking, Leatherhead, Godalming and Guildford, while more evacuations occurred in Tonbridge, Kent.
Travellers trying to get home on Christmas Eve had fought treacherous conditions on the roads and suffered major delays as the rail network was brought to its knees.
Flights at Gatwick began to return to normal yesterday after the chaotic scenes on Christmas Eve when a power cut at the North Terminal led to cancellations and delays, leaving thousands of passengers stranded. EasyJet said it would be operating a limited number of flights from Gatwick to replace ones that should have operated on Tuesday, but added it would be unable to schedule any further flights on Christmas Day because of limited capacity at airports and crew availability.
Network Rail said more than 200 trees had come down on lines in 24 hours, adding that it had to deal with a further 100 major incidents.
Many major roads were flooded or blocked on Christmas Eve, with Kent, Hampshire, Surrey, Sussex and Cornwall among affected counties.
In Dorset, fire crews had to rescue 25 people trapped in their cars by flood water.
After days of heavy rain and high winds, weather forecasters were predicting a "much quieter" spell of weather.
"We do have a few showers around and they could be heavy at times, and some of them might bring more hail, which will give a whiteness to things," said Kirk Waite, a forecaster at the Met Office.


Waite said that although a storm coming on Friday was not expected to be as severe as those of recent days, there would still be heavy rain, which would bring "additional problems" to those places already struggling with floods.