A review of an interview with NZ climate scientists

"For the globe as a whole that’s less of an issue." 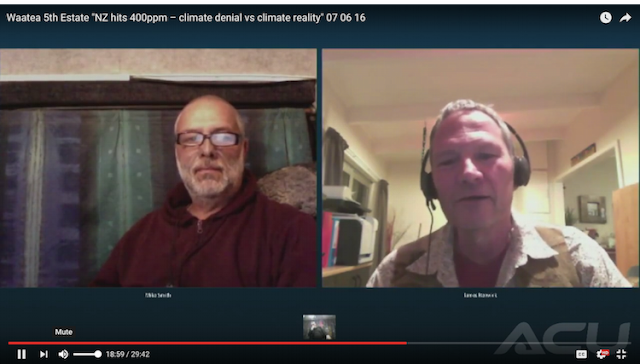 My first response to seeing a full half-hour on Waatea TV devoted to 400 ppm of CO2 and climate change was that this was something we have been waiting for.

But on listening expectation gave way to disappointment and a distinct feeling that  there is no one in this country left to speak out about the climate emergency except for a a small handful of intrepid bloggers and activists.

Yesterday's effort was designed to lure us back to sleep.


Despite the valiant attempts of Martyn “Bomber” Bradbury to bring things back to reality it would be the grossest understatement to say that every single one of his guests failed miserably to use the opportunity given them to speak out about the climate emergency.

I would give each of them (with the honourable exception of Mr. Bradbury) grades of between 'C-minus' and E.

For all his great achievements, Jim Salinger sounds as though he is stuck in 2007 and delivering basically the same, slightly—modifed message.

He seemed singly unable to come out and say clearly that scientists in this country are being muzzled and that it is this government that is reponsible.

But what really made me wake up from my torpor was when I heard him say there has been a "1 degree Celsius temperature increase in about the last one hundred years".

There's lots of fudging of the figures but even the most conservative media reports are saying that temperatures have gone up at least 1.3 degrees since the pre-industrial age.

Don’t take my word for it. Listen to this. This is the sort of context that's asked for.

Kevin Trenberth on the 2015 Temperature Record 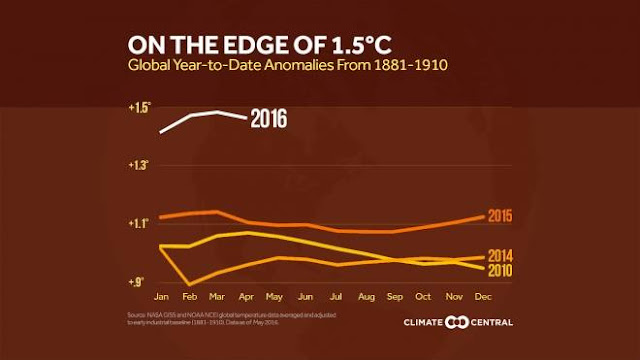 We have experienced 20% of all anthropogenic global warming in the last year.

That by definition is runaway Global Warming.

If Industrial Civilisation survives until November 2016 Professor Guy McPherson and I will tour NZ discussing the environmental and geo-political implications of this unfolding disaster nation wide, stand by for details on the blog and look out for a Facebook ” Event”.

What is it that is stopping Jim Salinger from acknowledging this and singing from the rooftop about this alarming fact.

After listening to Mike Smith, an esteemed activist, saying that people are “worried”, we have to “get our head around major problems”, “anticipate and prepare”

And now we come to the other expert, Professor James Renwick.

This was the segment that caught my attention.

After agreeing, in response to a strongly-worded question, Prof, Renwick agreed, yes we do have a problem in the Arctic but - wait for it “in the Arctic it is getting into a runaway situation” but for the globe as a whole that’s less of an issue”

Did I hear that right?!

"For the globe as a whole that’s less of an issue."

And then he goes on to say that we might see a lot of warming 10-12 degrees
(“something crazy like that”) - it might be catastrophic for humanity – but it wouldn’t just keep getting hotter, like on Venus.

But the climate could change enough so that food and water availability “would go out the window”...that would be a bad thing for humanity”

Well,Professor, I suppose it would.


From yesterday as well - the professor is among those in this country who are "puzzled" by the record autumn tnmperatures.

Apparently we need more research to reinvent the wheel.

"Exactly why that's happened is subject to ongoing research. We have yet to work out what is going on there."

I can think of quite a few people who are not "climate scientists" and not only more erudite than esteemed professor., but more informed as well

It does make me wonder how they award professorships in this country these days.

Here is the discussion which brings to mind,not Monty Python,but NZ's own John Clarke ("Fred Dagg")

In fact there IS an example where someone, the chief forecaster at NIWA demonstrated some urgency (and passion) in getting the message out.

But that was before he was turned into a whimpering public servant by his superiors.

I really do have to finish off my rave with this bit of climate change nonsense straight from RT America.

We still have Thom Hartmann on RT America, I suppose.