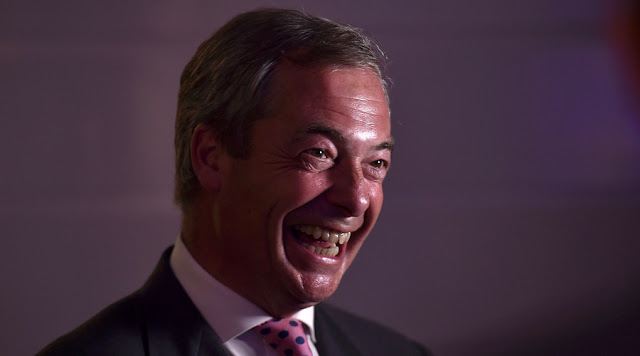 While vote counting continues in the UK’s referendum on its membership of the European Union, UKIP leader Nigel Farage has declared a victory for Brexit. The pound meanwhile has been send tumbling to its lowest level since 1985.


Farage seemed to concede defeat earlier in the night when a ‘Remain’ win looked likely. He has now backtracked in a speech in the early hours of Friday morning, declaring Thursday’s referendum “a victory for ordinary people, a victory for decent people.”

His comments come as the ‘Leave’ vote has a 52 percent to 48 percent advantage over the ‘Remain’ vote.

“We have fought against the multinationals, against the big merchant banks, against big politics, against lies, corruption and deceit and today honesty and decency and belief in a nation I think now is going to win,” Farage said.

“We will have done it without having to fight, without a single bullet having been fired.”

Farage also branded the EU a “failed project” and said Thursday’s vote would “go down in our history as our independence day.”


Not long after Farage’s speech, as votes continue to be counted and ‘Leave’ maintains its 4 percent advantage over ‘Remain,’ UK broadcasters BBC, Sky and ITV have all forecast a Brexit.
Posted by seemorerocks at 15:59