A ‘Brexit’ Blow to the Establishment

Exclusive: British voters turned a deaf ear to scary warnings about leaving the E.U. and struck a blow against an out-of-touch, self-interested and incompetent Western Establishment, a message to the U.S., too, writes Robert Parry. 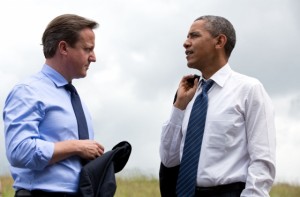 The United Kingdom’s “Brexit” vote may cause short-term economic pain and present long-term geopolitical risks, but it is a splash of ice water in the face of the West’s Establishment, which has grown more and more insular, elitist and unaccountable over recent decades.

The West’s powers-that-be, in both the United States and the European Union, too often display contempt for real democracy, maintaining only the façade of respecting the popular will, manipulating voters at election time with red-meat politics and empty promises – before getting back to the business of comforting the comfortable and letting the comfortable afflict the afflicted.

That has been the grim and tiresome reality with America’s two parties and with the E.U.’s bureaucrats. The average American and the average European have every reason to see themselves as a lesser concern to the politicians and the pundits than the special interests which pay the money and call the tune.
In the stunning “Brexit” vote – with 52 percent wanting to abandon the 28-nation European Union – U.K. voters rejected the West’s politics-as-usual despite dire warnings about the downsides of leaving. They voted, in effect, to assert their own nationalistic needs and aspirations over a commitment to continental unity and its more universal goals.

But, in the vote, there was also a recognition that the West’s Establishment has grown corrupt and arrogant, routinely imposing on the people “experts” who claim to be neutral technocrats or objective scholars but whose pockets are lined with fat pay checks from “prestigious” think tanks funded by the Military-Industrial Complex or by lucrative revolving-door trips to investment banks on Wall Street or The City.

Despite the Establishment’s self-image as a “meritocracy,” its corrupted experts and haughty bureaucrats don’t even demonstrate basic competence anymore. They have led Europe and the United States into catastrophe after catastrophe, both economically and geopolitically. And, there is another troubling feature of this Establishment: its lack of accountability.

In the United States, the rewards and punishments have been turned upside-down, with the benighted politicians and pundits who pushed for the Iraq War in 2003 still dominating the government and the media, from Hillary Clinton’s impending Democratic presidential nomination to the editorial pages of The New York Times and The Washington Post.

And, the Iraq War disaster was not a one-off affair. The neocons and their liberal interventionist sidekicks have their fingerprints on other “regime change” messes, from Libya to Ukraine to Syria (still in the works), with their predictable recommendations for more violence and more belligerence. Yet, they have impunity for their crimes and incompetence. They fail up.

So, the West’s Establishment can’t even argue that it knows best anymore, which always had been its ace in the hole. The various insurgents could be painted as the dangerous option – and that is sometimes true as we’ve seen with Donald Trump – but it is arguably a toss-up as to whether Clinton or Trump would be the bigger risk to the world’s future.

Trump may be a blustering buffoon but he challenges the neocon “group thinks” about the wisdom of expanding the West’s war in Syria and launching a costly and existentially risky New Cold War against nuclear-armed Russia and China. Clinton surrounds herself with neocons and liberal hawks and shares their obsession with overthrowing the government of Syria and provoking Russia and China with military operations near their borders.

Trump and “Brexit” advocates also reject the Establishment’s neoliberal consensus on “free trade,” which has depressed (or eliminated) the wages of American and European workers while the benefits accrue mostly to financial and political elites. The Establishment’s embrace of the “winners” and its disdain for the “losers” have further enflamed today’s populism.

Yet, there are undeniably ugly features in the populist sentiment sweeping the U.S. and Europe. Some of it is driven by bigotry toward non-whites, especially immigrants. Some is inspired by wild conspiracy theories from a population that has understandably lost all faith in what it hears from Washington, Brussels and other capitals. Trump has espoused the scary know-nothing notion that the scientific evidence of global warming is “a hoax.”

There is always something unsettling when an incipient revolution takes shape and starts tearing down the old order. What follows is not always better.
In the end, the American election – like the “Brexit” referendum – may come down to whether voters feel more comfortable sticking with the status quo at least for a while longer or whether they want to blow up the Establishment and gamble on the consequences.

Right now, Clinton and the Democrats are carrying the banner of the Establishment, while Trump and his Republican insurgents fly the Jolly Roger. In a political year when the anti-establishment wave seems to be cresting, the Democrats may regret their choice of a legacy, status-quo candidate.

[For more on this topic, see Consortiumnews.com’s “Two Corrupt Establishments”; “Democrats – Too Clever by Half on Clinton”; “The Coming Democratic Crack-up”; “Neocons and Neolibs: How Dead Ideas Kill“; and “The State Department’s Collective Madness.”]

Investigative reporter Robert Parry broke many of the Iran-Contra stories for The Associated Press and Newsweek in the 1980s. You can buy his latest book, America’s Stolen Narrative, either in print here or as an e-book (from Amazon andbarnesandnoble.com).