The only one that is not CERTAIN to happen in our lifetimes is the major earthquake. Climate Change and Financial Shocks are already happening and becoming more urgent every day

The problem is not so much with this partial response from the City Council but with a public that is determined to stay ignorant.

Only 6 per cent agreed with me that climate change is a problem.

How many people do I have with me if I say ABRUPT climate change is THE problem. 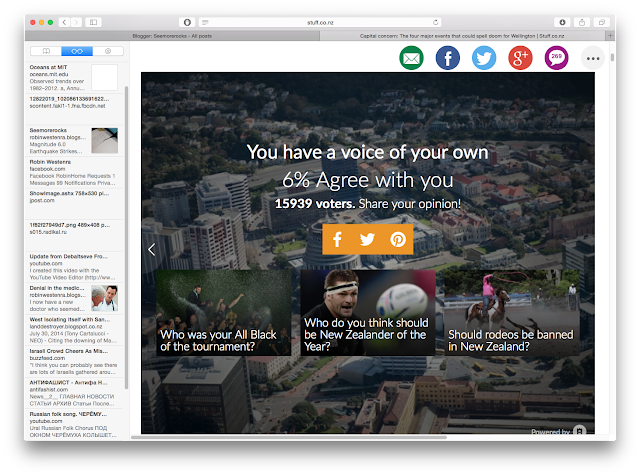 If you’re in any doubt about this read the comments.

This is the first one:

"Seems the insurance industry has been successful in creating the fear factor that will earn them billions of dollars in premiums every year until every old building in Wellington has been demolished. Even the City Council has fallen for the scam. Creating a psyche of fear is the easiest way to have absolute control. Wellington is no more at risk of a large earthquake than any other city in the world. What a load of BS"

The Powers-That-Be have done such a fabulous job in the last 30 years of dumbing down the population that now they are UN- EDUCATABLE.

Capital concern: The four major events that could spell doom for Wellington 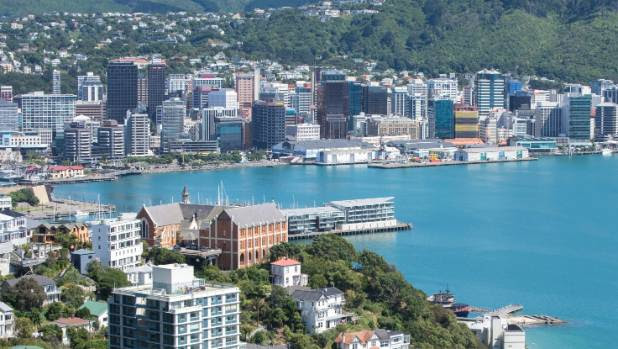 JOHN NICHOLSON/FAIRFAX
Wellington has identified the four big threats to its prosperity, which it needs to plan for.

A devastating earthquake, the rising frequency of storms and sea levels, a massive economic downturn and an Auckland-style housing crisis – these are the things that could bring Wellington to its knees.
These four major "shocks" have been identified as the most significant threats to the capital's future prosperity by a collective of Wellington City Council staff, business people, utility providers, scientists, academics, health workers and volunteers from across the region.
The Resilient Wellington report forms part of the capital's role as part of the global network of 100 cities, including Christchurch, working to share knowledge that will protect them from physical, social, and economic disasters

RECOVERY FROM A SEISMIC SHOCK

A major earthquake was "undeniably" the most profound shock Wellington has experienced in the past, and will experience in the future, the report found.
If the Wellington fault, which cleaves Wellington and Hutt Valley, suffered a large rupture then the capital's CBD could have no power for 95 days, no waste disposal for 75 days and no road access for 120 days, although the Transmission Gully motorway could significantly improve things.
A separate report recently estimated some suburbs would also be disconnected from the water network for 100 days.
These recovery times could force business to relocate outside of the region, particularly if it was going to take almost 100 days to restore power to the central city, the report said.
"In practical terms, this means that supermarkets will not be stocked, car use will not be viable beyond individual suburbs and the CBD will not function." 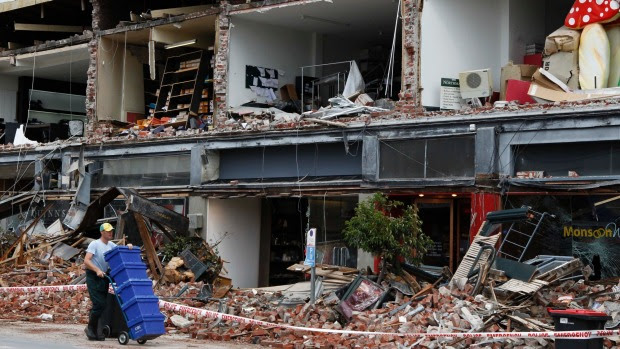 A devastating earthquake like the one that hit Christchurch in 2011 is the top concern for Wellington.

Other events, such as a tsunami and fires in urban areas, could also be triggered by a big quake.
The report found Wellington was poorly-perpared for post-quake fires as the response would be hampered by a lack of water and traffic congestion.
About 5500 buildings in Wellington's CBD have been assessed and 720 have been deemed earthquake-prone.

A big Wellington earthquake could potentially cause $12 billion in building and infrastructure damage in the capital, and an annual GDP loss of $10b, the report said.
Scientists estimate the last big movement of the Wellington fault occurred between 300 and 500 years ago – long before the capital as we know it existed. If it happened today, the rupture could lower some areas by a metre. 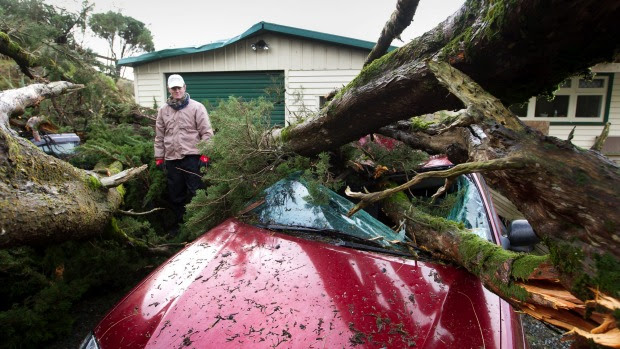 Storms are likely to become more prevalent, causing major disruptions in some areas.

Climate change is also likely to trigger greater frequency and intensity of river and coastal flooding, land-slides, high-veolcity winds and disease outbreaks across the Wellington region, according to the report.
"Events, like storms and related flooding, will be faced by some parts of Wellington - Hutt city in particular - on a regular basis and will be a significant source of disruption to the region."
While Wellington's geography was well-suited to drain heavy rainfall, the floor of the Hutt Valley was not, which would mean flooding in areas where there is already extensive development, and plenty more to come, the report said.

It also pointed out that while much of Wellington was already constructed for dealing with strong winds, climate change may also change the nature of wind, and the city did not yet know what that would mean for its infrastructure.
Wellington has extensive amounts of residences, businesses and roads that are vulnerable to rising tides and coastal erosion. The capital's south coast and the suburb of Kilbirnie, along with the Lower Hutt suburbs of Eastbourne and Petone, are thought to be most at risk from sea level rise.
Wellington Mayor Celia Wade-Brown said the issue was being looked at now, as a matter of urgency 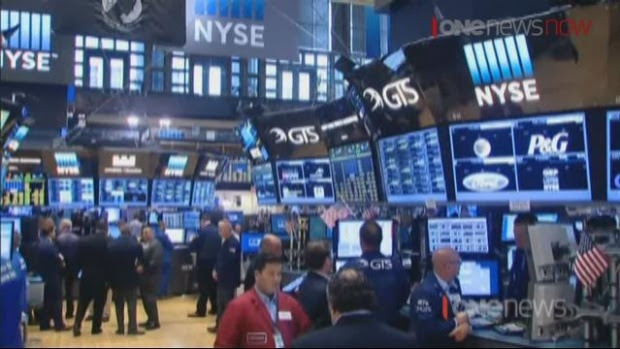 Global economic uncertainty, such as the recent concern caused by Brexit, is also something Wellington is wary of. Photo: Supplied

Wellington needs to make sure it economy was diverse enough have the ability to respond to financial shocks like the Global Financial Crisis and the more recent uncertainty created by Brexit.
Wade-Brown said the city also needed the tools to large increases in unemployment or people going to food banks
Natural disasters feature in the discussion here too,with the report pointing to Government contingency plans to move to Auckland if Wellington is too incapacitated.
Wade-Brown said Wellington was also home to a lot of jobs on the periphery of Government, such as policy analysts, which could also follow.
"If Government has gone somewhere else then guess where the policy analysts are going to go." 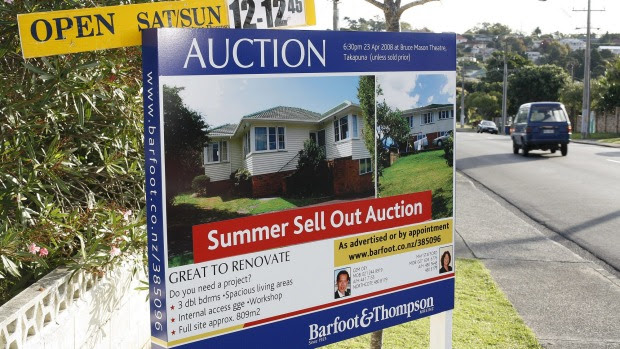 Wellington is keen to see avoid its house prices getting out of control. Photo: Fairfax NZ

Wade-Brown said housing affordability was also a concern for the council. It wanted to learn more about Wellington so it could avoid heading down the path that has seen Auckland house prices soar out of the reach of many.
"I think it's pretty simple that somehow we've got to get more housing built here."
Outside of council and state-owned housing, Wellington does not have a deep understanding of how safe, warm and affordable its housing stock is, the report said.
"However we do know that homes are damp and draughty, with consequential health issues."
The report found about 6000 households in Wellington spend more than 30 per cent of their income on housing.
This group was considered most vulnerable to housing market pressures, while some were already experiencing rental stress.

Porirua Mayor Nick Leggett, who is also chairman of the region's emergency management group, said the report highlighted the need to get on with critical water and roading infrastructure projects across the region
"Wellington's biggest threat is a catastrophic disaster that cuts of the city's lifelines and makes it impossible to run Government, which could then move to Auckland and we struggle to get it back."
Wade-Brown said Wellington had already assessed about 5000 buildings for seismic risk, strengthened water reservoirs and council housing, and painted tsunami warning lines in vulnerable suburbs.
"So it's not like we've been sitting there, doing nothing and waiting for this report."
Mike Mendonca​​, the city council's chief resilience officer, said Wellington's future planning, particularly when it came to earthquakes, would focus on "thriving" rather than just surviving.
"We're trying to think about what the key things are that we need to do in order to thrive faster than Canterbury has done."