Brexit SPREADS across Europe: Italy, France, Holland and Denmark ALL call for referendums

POLITICIANS across Europe have called for their own referendums in the wake of Britain's historic decision to quit the EU. 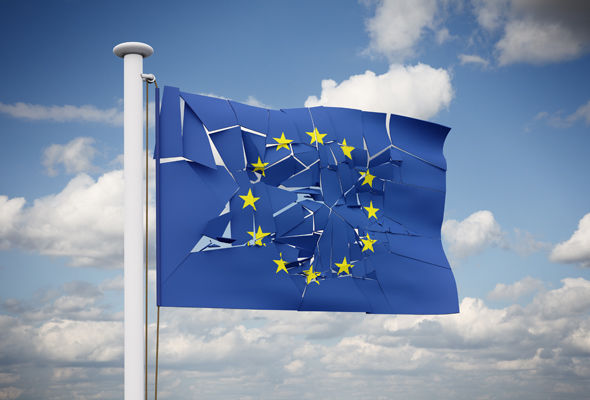 Italy’s anti-establishment 5-Star movement has now officially called for a referendum on whether to keep the Euro.

Buoyed by big gains in local elections, Luigi Di Maio, a vice president of the lower house of parliament, said: "We want a consultative referendum on the Euro.

“The Euro as it is today does not work. We either have alternative currencies or a 'Euro 2’.

"We entered the European Parliament to change many treaties.

“The mere fact that a country like Great Britain even held a referendum on whether to leave the EU signals the failure of the European Union.”

The 5-Star movement has called for two different currencies in Europe, one for the rich northern countries another for southern nations.

While any such referendums on the EU or the Euro would be merely test public opinion because Italian law does not allow referendums to change international treaties, a victory would send a clear signal to the government, especially in the wake of Brexit.

Brexit is a huge blow to Italian Prime Minister Matteo Renzi's Democratic Party and was hailed by supporters of 5-Star as a possible springboard to Italian independence.

In France, National Front party leader Marine Le Pen promised voters their own referendum as she declared her support for Brexit.

She said: “I would have voted for Brexit. France has a thousand more reasons to leave than the UK because we have the euro and Schengen.

"This result shows the EU is decaying, there are cracks everywhere.”

Experts across the continent warned today that Brexit would lead to the entire break-up of Europe.

The leader of the far-right Danish People’s Party says Denmark should now follow Britain’s lead and hold a referendum on its membership.

Party leader Kristian Thulesen Dahls said if the Danish parliament cannot agree on reforms with the EU a referendum could give Denmark a new opportunity.

He said: “If a majority in parliament for some reason will not be involved in this, why not ask the Danes in a referendum decide the case?”

If Denmark goes ahead, Irene Wennemo, state secretary to SWEDEN'S minister for employment, said the anti-EU sentiment could spread through Scandinavia and raise the possibility of a vote in Sweden.

Eurosceptic feeling is also surging in the Netherlands, with two-thirds of voters rejecting a Ukraine-EU treaty on closer political and economic ties.

Anti-EU politician Geert Wilders declared the result the “beginning of the end” for the Dutch government and the EU.

'Give us a vote': Le Pen wants EU referendum in France

French far right leader Marine Le Pen has demanded that the French people be given their own referendum on staying in the EU. 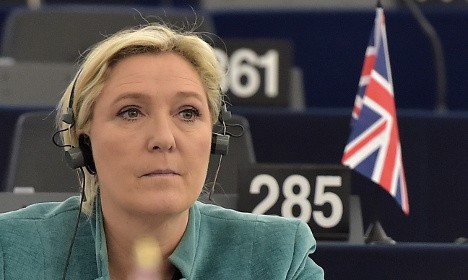 French far-right leader Marine Le Pen called on Tuesday on all European Union members, including France, to follow Britain's example in holding a referendum on remaining in the bloc.

"What I'm asking for is a referendum in France. Every EU member should be able to have its say in a referendum," National Front leader Le Pen, a fierce critic of the EU, told France's TF1 television.

Le Pen, who said she would back a Brexit if she were British, presented herself as a "defender of the freedom of people to choose their destiny and choose their laws."

"It's been 11 years since the French were asked (about the EU)," she said, adding they had been "betrayed" by France's two main parties the last time such a vote was held.

She was referring to the referendum held in 2005, in which French voters rejected a draft EU constitution that was backed by President Francois Hollande's Socialists and ex-president Nicolas Sarkozy's centre-right UMP, now known as The Republicans.

Three years later, the French parliament adopted a stripped-down version of the treaty, without resubmitting it to a popular vote.

The leader of the National Front, which topped the poll in France's voting for the European Parliament in 2014, accused the EU of pursuing closer integration "against our will".

Also accusing the union of being responsible for high eurozone unemployment and of failing to keep out "smugglers, terrorists (and) economic migrants," Le Pen called on national leaders to come together to "build a Europe of nations to replace the totalitarian EU that we have today."