A warning from Alan Greenspan

"This is the worst period, I recall since I've been in public service. There's nothing like it, including the crisis — remember October 19th, 1987, when the Dow went down by a record amount 23 percent? That I thought was the bottom of all potential problems.”

Greenspan: "This Is The Worst Period I Recall; There's Nothing Like It" 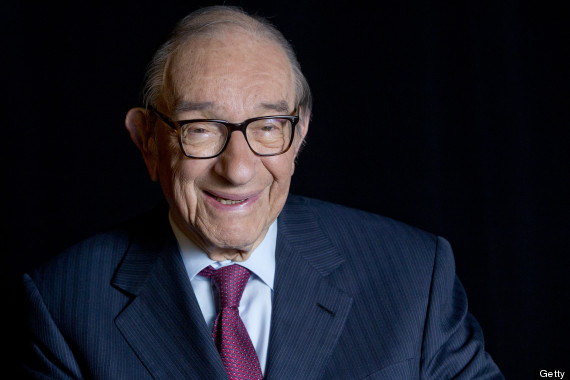 During a CNBC inteview today, when discussing the historic Brexit vote outcome, Alan Greenspan unleashed a fiery sermon that could have been prepared just by reading a random selection of posts from this website, the former Fed chairman told his shocked hosts that the current period, far from the raging "Obama recovery" spun every day by adaministration propaganda appratchicks and one that prompted the Fed to unleash a ridiculous rate hike cycle in December just as the US is sliding into a recession, and is instead the "worst period" he has seen, surpassing even the infamous Black Monday in severity.

"This is the worst period, I recall since I've been in public service. There's nothing like it, including the crisis — remember October 19th, 1987, when the Dow went down by a record amount 23 percent? That I thought was the bottom of all potential problems. This has a corrosive effect that will not go away. I'd love to find something positive to say."

CNBC NowVerified account‏@CNBCnow
EXCLUSIVE » Fmr. Fed Chair Greenspan to CNBC: "This is the worst period I recall since I've been in public service.
Of course, what he is referring to was a market shock which was the result of a massive capital account imbalance resulting from the aftermath of the Louvre Accord coupled with the then trendy Portfolio Insurance (in which everyone was on the same side of the boat, much like now) and not so much an all out economic malaise. Which, however, does beg the question when a Black Monday-like market crash is coming?

Rhetorical questions aside, Greenspan was referring to the unprecedented combination of economic stagnation, deteriorating demographics, insolvent entitlement programs, social inequity and wealth division, and of course, a historic debt overhang which could and should have been cleared out in the crash of 2008 but instead was preserved to avoid wiping out the same "equityholders" who also happen to be the Fed's direct and indirect stakeowners.
To be fair, Greenspan, who in recent years has become one of the loudest advocate of gold alongside billionaires such as Druckenmiller and Soros, did not say anything our readers did not know. The former Fed chairman said that the root of the "British problem is far more widespread." He said the result of the referendum will "almost surely" lead to the Scottish National Party trying to "resurrect Scottish Independence."
Greenspan said the "euro currency is the immediate problem." While the euro and the euro zone were major steps in a movement toward European political integration, "it's failing," he said.  "Brexit is not the end of the set of problems, which I always thought were going to start with the euro because the euro is a very serious problem in that the southern part of the euro zone is being funded by the northern part and the European Central Bank," Greenspan said.
He then repeated a point that has been widely accepted in recent months, namely that monetary policy - while still the only game in town - is now impotent. Greenspan said the ECB is limited in what it can do because these fundamental problems like the stagnation of real incomes don't have easy solutions. "There's a certain amount that monetary policy can do, but our problem is fundamentally fiscal,"he said, adding that this is true in the United States as well as "every major country in Europe." Part of the problem is that the "developed countries are all aging very rapidly," which is leading to a higher ratio of government spending in the form of entitlements, Greenspan said.
A far bigger part of the problem is the toxic loop of monetary and fiscal policy which we have pounded the table on for years, and which S&P laid out for all to see when it said that the more monetary easing takes place, the less incentive there is for reform and actual fiscal policy.
Since we have covered everything Greenspan said extensively in the past seven years, we won't spend time repeating ourselves. Readers can watch the 90-year-old former Fed chairman admit everything we have said in the following two clips.

For the video clips GO HERE