Jeremy Corbyn more popular than ever in Party

The leader's critics have made no impact on his popularity 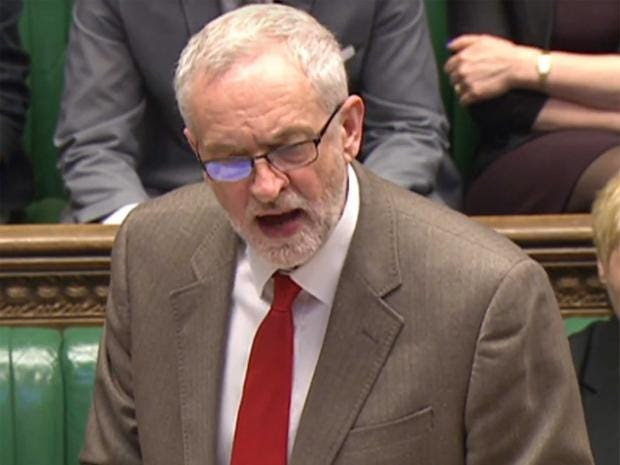 Labour members would overwhelmingly reject any attempt by the party’s MPs to replace Jeremy Corbyn as leader, a new poll suggests.

The YouGov survey for The Times newspaper found that a significant 64 per cent of members would vote for Mr Corbyn in a leadership ballot triggered by an attempted coup.

Just a third, 33 per cent, say they would not vote for him.
The findings mean it would be effectively impossible to topple the Labour leader under current circumstances were he to make it on the ballot paper.
The findings represent an increase in support for Mr Corbyn among full party members compared to when he was elected in September 2015 on 49.5 per cent of first preference votes.
The increase may be down to a significant increase in membership since he was elected leader.
At that time he was elected by Labour’s wider measure of membership including affiliates and supporters with 59.5 per cent of first preference votes.
Support for Mr Corbyn among the party has grown and solidified since he came to office. A survey in February found that he was approved of by 72 per cent of Labour members with just 17 per cent disapproving.

What a difference a day makes… in just 24 hours Britain voted to leave the EU, the prime minister announced his resignation, the Scottish government declared it wanted out of Britain and Ireland's largest party said now was time for Northern Ireland to exit the UK. It's panic stations amongst the ruling elites.

In this special edition of Sputnik we look at how the battle lines are now drawn, from two very different political perspectives: from Selina Scott, doyen of British broadcasting, has been wooed by Tory grandees with offers of safe seats, and Alex Graham, former president of the RMT Union. At the other end of the political spectrum, Graham believes trade unions have lost confidence in their ability to defend members’ rights and an exit from the EU could bring back control. Either way, both our guests agree the Brexit vote was in part a rejection by the working class of the prevailing neoliberal orthodoxy and they came to the studio to explain why.