Despite the Vote, the Odds Are Against Britain Leaving the EU
Paul Craig Roberts 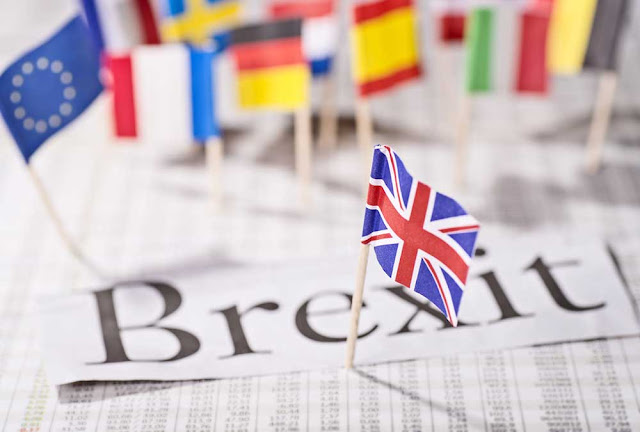 The propagandists who comprise the Western political and media establishments succeeded in keeping the real issues out of public discussion and presenting the leave vote as racism. However, enough of the British people resisted the brainwashing and controlled debate to grasp the real issues: sovereignty, accountable government, financial independence, freedom from involvement in Washington’s wars and conflict with Russia.

The British people should not be so naive as to think that their vote settles the matter. The fight has only begun. Expect:

— The British government to come back to the people and say, look, the EU has given us a better deal. We can now afford to stay in.

— The Fed, ECB, BOJ, and NY hedge funds to pound the pound and to short British stocks in order to convince the British voters that their vote is sinking the economy.

— More emphasis on the vote’s weakening of Europe, leaving all to the mercy of “Russian aggression.”

— Hard to resist bribes (and threats) to prominent members of the leave majority and pressure on such leave leaders as Boris Johnson to be reasonable, concillatory and to maintain good relations with Washington and Europe, and to reach a compromise on remaining in the EU.

— Expect the Confederation of British Industry (CBI) to attribute the loss of British jobs and investment opportunities to the leave vote.

Once you learn to think about how things really are and not as the presstitutes present them,
you will be able to add to the list all by yourself.

Remember, the Irish voted against the EU and pressure was kept on them until they reversed their vote. This is the likely fate of the British.

What does it mean?

Hopefully, a breakup of the EU and NATO and, thereby, the avoidance of World War III.

Clearly, the presstitute media lied about the polls in order to discourage the leave vote. But it did not work. The British people have always been the font of liberty. It was the the historic achievements of the British that transformed law into a shield of the people from a weapon in the hands of the state and gave accountable government to the world. The British, or a majority of them, understood that the EU is a dictatorial governing mechanism in which power is in the hands of unaccountable people and in which law can easily be used as a weapon in the hands of unaccountable government.

Washington, in an effort to save its power over Europe, launched a campaign, willingly joined by presstitutes and the brainwashed left-wing, who flocked to the One Percent’s banner, that presented the effort to preserve British liberty and sovereignty as racism. This dishonest campaign shows beyond all doubt that Washington and its media whores have no regard whatsoever for liberty and the sovereignty of peoples. Washington regards every assertion of democratic rule as a barrier to its hegemony and demonizes every democratic impulse. Reformist leaders in Latin America are constantly overthrown by Washington, and Washington asserts that only Washington and its terrorist allies have the right to choose the government of Syria, just as Washington chose the government of Ukraine.

The British people, or a majority of them, gave Washington the bird. But the fight is not over. Perhaps it hasn’t really yet begun. Here is what the British can likely expect: The Federal Reserve, European Central Bank, Bank of Japan, and George Soros will conspire to attack the British pound, driving it down and terrorizing the British economy. We will see who is the strongest: the will of the British people or the will of the CIA, the One Percent, and the EU and neocon nazis.

The coming attack on the British economy is the reason that leave supporters such as Boris Johnson are mistaken in their belief that there is “no need for haste” in exiting the EU. The longer it takes for the British to escape from the authoritarian EU, the longer Washington and the EU can inflict punishment on the British people for voting to leave and the more time the presstitutes will have to convince the British people that their vote was a mistake. As the vote is nonbinding, a cowardly and cowed Parliament could reject the vote.

Cameron should step down immediately, not months from now in October. The new British government should tell the EU that the British people’s decision is implemented now, not in two years and that all political and legal relationships terminated as of the vote. Otherwise, in two years the British will be so beat down by punishments and propaganda that their vote will be overturned.

The British government should immediately announce the termination of its participation in Washington’s sanctions on Russia and hook its economy to the rising nations of Russia, China, India, and Iran. With this support, the British can survive the Washington led attack on their economy.