Brexit - celebrating on the Titanic

I would go even further than Nafeez. There is no solving the fundamental causes because this process is inextricably linked with the decline of civilisation and with abrupt climate change.

Despite his utter delusion, Nigel Farage is playing his role at the end of history

I cannot divide myself into parts.

This, folks, is terminal.

Brexit is about to usher in Third World Britain
Nafeez Ahmed 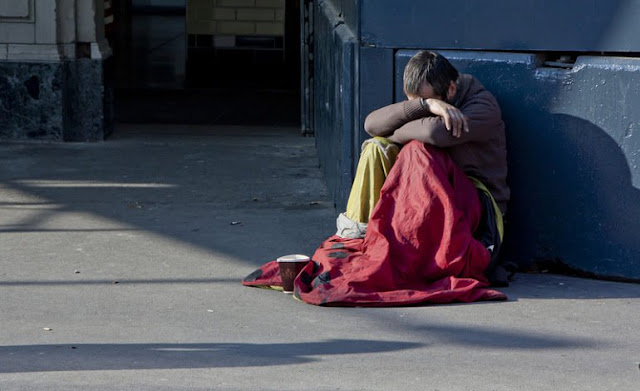 
Nigel Farage has jumped off an economic cliff screaming “Independence Day!!!”, and he’s taking us all down with him. While Brexit will almost certainly usher in a new wave of austerity and impoverishment, it’s far from clear that Remain would avoid it.

Wherever you stand on the outcome of Britain’s EU referendum, hard economic reality is going to bite – and it’s going to bite hard.
The #VoteRemain camp made a point of highlighting the numerous warnings from economists that a UK exit from the EU would trigger an economic crisis. The #VoteLeave camp insisted that this was a doom-mongering lie.
It wasn’t.
Last night, over Twitter, I predicted that the Leave campaign would win by a narrow majority – but that the victory would grow hollow very quickly as its immediate economic impact kicked in (see the whole thread).

Dr Nafeez Ahmed‏@NafeezAhmed
So here's a #brexit scenario: 1. #VoteLeave wins by slim majority 2. #VoteLeave victory create crisis in Cameron's leadership
8:26 AM - 24 Jun 2016
15 retweets11 likes
So far, my little forecast has turned out to be uncannily prescient. The pound is in free-fall, so far hitting a thirty-year low. Stocks have slumped, and look to decline further. Banks are shifting their money, and their jobs. David Cameron has resigned, virtually in tears, a fitting end perhaps to a shambolic premiership. But he also put off invoking Article 50 of the Treaty of Lisbon, which would formally begin the EU exit process.
I’ve said that by next week, escalating economic turbulence and the inadequacy of contingency measures to keep it in check will dramatically shift the euphoric mood to one of increasing foreboding about the economic slowdown.

Celebrating on the Titanic

Does it make sense to dance in the streets in the middle of a bank run? To celebrate the implosion of one’s own economy? Because this is the bizarre TV reality show that us Brits are now living in.
Right now, the euphoria, rather like a hallucinatory drug, has blinded many of us from realising what exactly we’re stepping into: in the name of staving off economic woes due to EU-imposed migration and austerity, Britain has just voluntarily jumped off an economic cliff.
Cliff, you say? More doom-mongery, scoff Leave voters. It won’t be that bad, hope Remain voters.
Sorry to burst your bubble, but it’s bad.
Ongoing uncertainty over how the government will handle the Brexit vote, and the prospect of Britain pulling out of a free trade arrangement that the country itself had done so much to create, means a recession ishighly likely.
The Economist this morning says that investors, fearing losses, will have little choice but to pull back from Britain and other places where the UK is involved in trade deals achieved through EU negotiations.
By next week, these bleak consequences will become much clearer, no matter how many times Farage claims otherwise in nauseatingly banal TV interviews.
Some #VoteLeave weasel words have already begun to fall apart. Hours after the Brexit vote, Farage scrambled to disassociate himself from the Leave campaign’s fraudulent utopian promise that their victory would create £350m a week for the NHS.

That’s just the beginning folks. Over the next few weeks, we’ll watch as a pound in free-fall drives up inflation, and squeezes the spending power of the average consumer. Who’s that going to hit hardest? The lower middle and working classes, of course. The impact will hit the profits of businesses, big and small, and squeeze wages too.
As the UK’s GDP growth – already tepid – freezes over, this will in turn have global impacts: the Eurozone, particularly the northern countries like Denmark and Finland, will be drawn into the downwards spiral; so will parts of southern Europe, already teetering on the precipice. And China, which is seeing its economy hit the brakes, will suffer when the European slowdown triggered by Brexit reduces demand for Chinese exports.
It’s the global transmission of these shocks, and their capacity to mutually intensify, that will push the UK off the edge, taking large swathes of the global economy with it.
The government will have little choice in this context except to try mitigating the deepening economic crisis  – but this simply won’t be possible within the current model of neoliberal capitalism, without repairing the damage done to the UK-EU trade relationship. In the words of The Economist:

A lot depends on the kind of trade deal Britain can negotiate with the EU and how quickly. If Britain gets a quick deal with no big reductions in its access to the single market, the grimmer scenarios for the world economy may not come to pass. But markets do not seem to be counting on it.

And that’s the crux of it. In coming weeks, the mess inside the government that is Cameron’s rather pathetic legacy will be grappling with how to keep the promise of exiting the EU, while staving off the protracted financial collapse that would inevitably follow.
And every tea-drinking Brit knows you can’t have your cake and eat it.

By the time the decision is unavoidable, Britain will be in the midst of an unfolding crisis of inflation, crippled incomes, and even more austerity (so, yes: less spending on the NHS, less spending on education, less investment in infrastructure) than before the Brexit vote.
How likely is it, at that point, that the government will agree to follow Farage off his self-congratulatory cliff of ‘independent’ economic free-fall?
Whether or not Britain actually exits the EU, everything is going to rest on the extent to which the government can ensure that we ‘leave in name’ and ‘remain in practice’, by rapidly negotiating a rehabilitated relationship that will allow the economy to stabilise.
What does this mean for the ideologues on both sides of the Leave and Remain debate?

Thank everyone for more austerity!

It means that neither Leave nor Remain address the fundamental causes of Britain’s economic woes. There are valid arguments on both sides. Leave campaigners are correct that the EU has grown into a monstrous super-state that lacks accountability. Remain campaigners are correct that the EU, which Britain played no small role in crafting, has provided a lucrative arena for UK businesses to thrive.
But the bizarre predicament Britain now finds itself in proves precisely that we’re caught between a rock and a hard place. If we remain, we’re screwed. If we leave, we’re screwed.
The reason for this is surprisingly simple, yet has been lost in the farcically shallow nature of the Brexit debate so far: the EU is neither the fundamental cause, nor the fundamental solution, of the core problems Brits care about. And that is why, neither remaining in, nor departing from the EU will address those problems.
Because the problem is that the prevailing global model of neoliberal capitalist economic orthodoxy is broken.
Notice the word ‘global’ here.
This is not a British model. It’s not an EU model. It’s not just a Washington model, either. It certainly has Anglo-American origins, and has consolidated itself via a range of international, national and local institutions.
But it’s global.

Aim your disillusionment at the cause, not the symptom

This model is accelerating global and national inequalities. For the last 8 years, the model has failed dismally to restore global growth, which is plateauing.
The model, which for a while marginally ‘lifted all boats’, stopped doing so in the very golden age of globalisation (1980s onwards), and has increasingly led to the regression of social progress on key indicators: not just in the poorer, less developed countries, but across richer, developed nations, too.
Sleight-of-hand data calculations have allowed policymakers to pretend that the model has halved global poverty since the 1990s. But this is a lie based on measuring poverty at a mere $1.25 a day. When measured more accurately, at between $5 and $10 a day, the last few decades of wonderful global economic progress have seen the number of poor people increase dramatically. Since 1990, the number of people living under $10 a day has increased by a quarter. Today, 4.3 billion people – nearly two-thirds of the global population – live on less than $5 a day.
While this model is horrific for the global working class, it works for the one percenters. That’s because the rules of the global economic system are structured to facilitate the interests that dominate it, transnational banks and corporations, which in turn hold excessive lobbying power over both the EU and national governments.
And those rules function to extract wealth and resources from the planet, from people, from workers, and hoard them in an ever decreasing circle of elite power.
And as corporate-backed governments have resorted to bailing out their friends, the public purse has suffered on the back of gruelling austerity. That’s why the NHS, schools, and other critical public services are haemorrhaging. And that’s why the ‘haemorrhage effect’ is not unique to Britain: the crisis is not British – it’s global.
The same global system is rapidly eroding its own environmental resource base, over-exploiting energy and raw materials leading to rising costs and diminishing returns fuelling climate change to the danger point of no-return, and using excessive debt-money to keep itself chugging along while turning more and more citizens into debt-slaves.
Feeling powerless?
You’re missing the mark if you want to pinpoint all the blame on any one political party, on one government, on one institution, or on just the EU. It’s all of them, together, collectively, systemically: it’s a system that is crumbling under the weight of its own chronic unsustainability.
Simply remaining in the EU without an agenda for radical systemic transformation would never have addressed this. Equally, simply leaving the EU without grasping that lacking radical systemic transformation, this will create space for more deregulated financial forces in the City to play havoc, does not address this.
You’ll notice that none of this ever really made it into the Brexit debate. That’s the level of ostrich-like insanity we’re inhabiting as we frantically rearrange the deck-chairs on the Titanic, while pointing fingers at everything other than ourselves and the hole in the boat.
The next recession was coming with or without Brexit. Brexit just brought it on faster – it also brought on the short-termist knee-jerk ‘solutions’ faster.
Neither side of this political charade is going to address the real issues, the real causes, the fundamental need for radical systemic transformation to get out of the mess we’re in.
That’s why now is the time for a renewed form of solidarity between citizens, wherever we stand within the defunct Leave/Remain paradigm, to begin exploring grassroots action to re-build our communities from the ground-up.