The Blairite coup against Jeremy Corbyn

“Stick with it JC as a labour member I voted for you, so you answer to me not those Blairite scum bags trying to bum rush you” 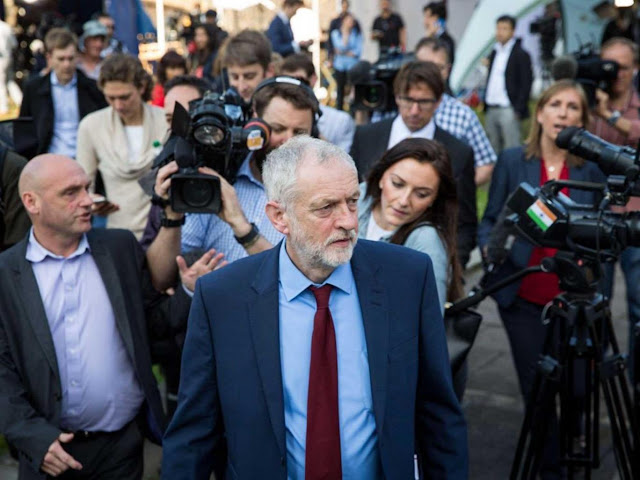 Jeremy Corbyn has lost a no-confidence vote among Labour MPs.

The party’s parliamentarians voted 172 to 40 against Mr Corbyn’s leadership in a secret ballot on Tuesday afternoon. There were four spoilt ballots in the contest, while 13 MPs did not vote.

Mr Corbyn immediately responded to the vote by saying he would not resign, suggesting to do so would be a "betrayal" of the members who elected him by a landslide last year.

Labour confirmed its MPs had adopted the motion: "That this PLP has no confidence in Jeremy Corbyn as Leader of the Parliamentary Labour Party."

Mr Corbyn said: “In the aftermath of last week’s referendum, our country faces major challenges. Risks to the economy and living standards are growing. The public is divided.

“The Government is in disarray. Ministers have made it clear they have no exit plan, but are determined to make working people pay with a new round of cuts and tax rises.

“Labour has the responsibility to give a lead where the Government will not. We need to bring people together, hold the Government to account, oppose austerity and set out a path to exit that will protect jobs and incomes.

“To do that we need to stand together. Since I was elected leader of our party nine months ago, we have repeatedly defeated the Government over its attacks on living standards.

“Last month, Labour become the largest party in the local elections. In Thursday’s referendum, a narrow majority voted to leave, but two thirds of Labour supporters backed our call for a remain vote.

“I was democratically elected leader of our party for a new kind of politics by 60% of Labour members and supporters, and I will not betray them by resigning. Today’s vote by MPs has no constitutional legitimacy.

“We are a democratic party, with a clear constitution. Our people need Labour party members, trade unionists and MPs to unite behind my leadership at a critical time for our country.”

The motion was formally proposed by MPs Margaret Hodge and Anne Coffey at a meeting of the Parliamentary Labour Party on Monday evening.

Mr Corbyn has been hit by a wave of dozoens of resignations since last weekend, with his internal critics saying he should stand down.

Key criticisms include the suggestion he could not win a general election, and that he did not campaign hard enough for Britain to remain in the EU.

He was elected last September in a first-round landslide of Labour members and supporters in a leadership election to replace Ed Miliband.

Mr Corbyn has however never had much support in the Parliamentary Labour Party, gaining only 36 nominations when he stood in the original contest.

If the Labour leader does not choose to stand down voluntarily, a candidate to challenge him will have to be chosen by plotters seeking to replace him 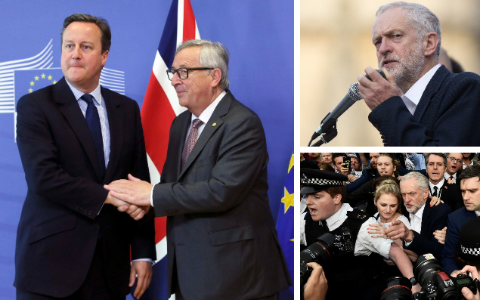 No rational person could blame Jeremy Corbyn for Brexit. So why are the Blairites moving against Corbyn now, with such precipitate haste?

The answer is the Chilcot Report. It is only a fortnight away, and though its form will be concealed by thick layers of establishment whitewash, the basic contours of Blair’s lies will still be visible beneath. Corbyn had deferred to Blairite pressure not to apologise on behalf of the Labour Party for the Iraq War until Chilcot is published.

For the Labour Right, the moment when Corbyn as Labour leader stands up in parliament and condemns Blair over Iraq, is going to be as traumatic as it was for the hardliners of the Soviet Communist Party when Khruschev denounced the crimes of Stalin. It would also destroy Blair’s carefully planned post-Chilcot PR strategy. It is essential to the Blairites that when Chilcot is debated in parliament in two weeks time, Jeremy Corbyn is not in place as Labour leader to speak in the debate. The Blairite plan is therefore for the parliamentary party to depose him as parliamentary leader and get speaker John Bercow to acknowledge someone else in that fictional position in time for the Chilcot debate, with Corbyn remaining leader in the country but with no parliamentary status.

Yes, they are that nuts.

If the fault line for the Tories is Europe, for Labour it is the Middle East. Those opposing Corbyn are defined by their enthusiasm for bombing campaigns that kill Muslim children. And not only by the UK. Both of the first two to go, Hilary Benn and Heidi Alexander, are hardline supporters of Israel.

This was Benn the week before his celebrated advocacy of bombing Syria:

Shadow Foreign Secretary Hilary Benn told a Labour Friends of Israel (LFI) lunch yesterday that relations with Israel must be based on cooperation and rejected attempts to isolate the country.

Consequently, said Benn, “Our future relations must be built on cooperation and engagement, not isolation of Israel. We must take on those who seek to delegitimise the state of Israel or question its right to exist.”

Heidi Alexander actually signed, as a 2015 parliamentary candidate, the “We Believe in Israel” charter, the provisions of which state there must be no boycotts of Israel, and Israel must not be described as an apartheid state.

This fault line is very well defined. The manufactured row about “anti-Semitism” in the Labour Party shows exactly the same split. In my researches, 100% of those who have promoted accusations of anti-Semitism were supporters of the Iraq War and/or had demonstrable links to professional pro-Israel lobby groups. 100% of those accused of anti-Semitism were active opponents of the Iraq War. Never underestimate the Blairite fury at being shown not just to be liars but to be wrong. Iraq is their Achilles heel and they are extremely touchy about it.

Posted by seemorerocks at 05:28