Extreme weather in the US

A massive wildfire burning out of control in the foothills of central California has killed two people and left at least 150 homes in ruins. 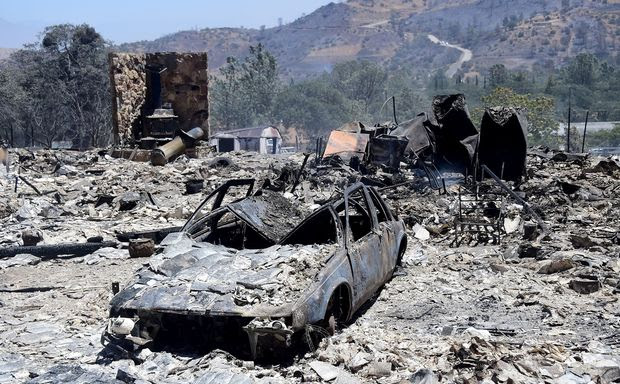 Rubble off a home demolished by wildfire in Lake Isabella, California. Photo: AFP

The so-called Erskine fire, which broke out on Thursday (local time) in Lake Isabella near Bakersfield, has claimed two lives, sent three firefighters to the hospital and forced thousands to evacuate their homes.

The blaze has blackened almost 15,000 hectares, spreading 11 miles in 13 hours and is burning uncontrolled.

The Kern County Fire Department said it was a vicious wildfire and a lot of communities are in danger, and the Governor of California has declared a state of emergency for the area.

An elderly couple trying to flee the flames were overcome by smoke outside their house and killed, police said.

Thousands of firefighters have been involved in attempts to control blazes across California, where soaring temperatures and 20mph winds combined with five years of drought have helped fires to spread. 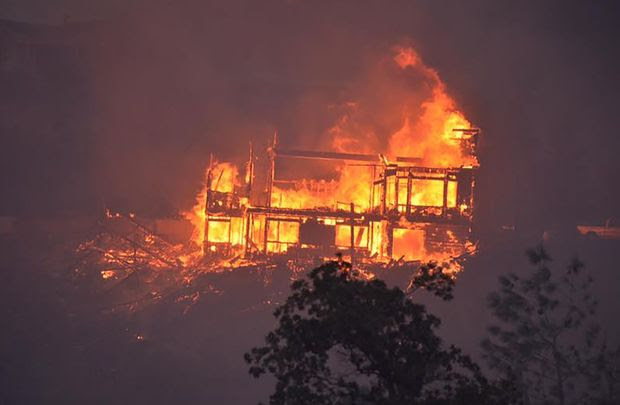 "There's not enough firefighters and fire trucks to put in front of every structure."
Roads have been closed, power has been knocked out and evacuations ordered in several communities, according to fire information website InciWeb, which says evacuees are being sheltered at a school.

Investigators are working to establish the cause of the fire, which remains unknown.

California's largest wildfire in recent years was in San Diego county in 2003. That burned 2,820 buildings and led to 15 deaths.

The state's deadliest fire on record killed 29 people in Los Angeles county in 1933. 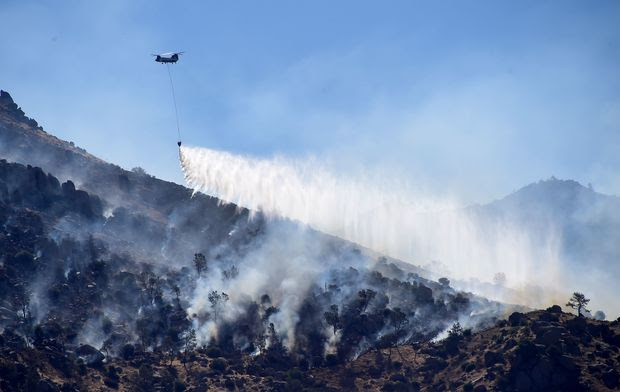 A helicopter drops water over a hillside at Lake Isabella. Photo: AFP


26 million trees have died in the Sierra since October, raising fire risk 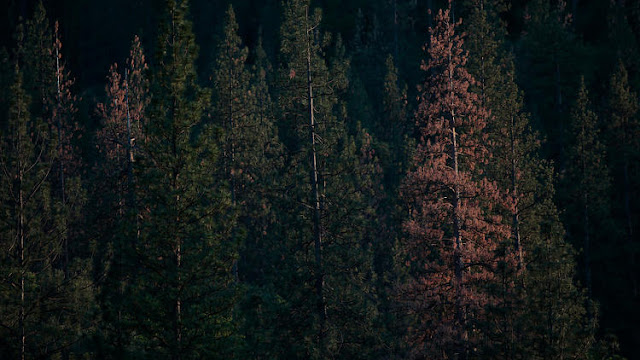 A lethal combination of drought, heat and voracious bark beetles has killed 26 million trees in the Sierra Nevada over the last eight months -- an alarming finding for a state already raging with wildfires fueled by desiccated landscapes.

The dire estimate offered Wednesday by federal officials brings the loss of trees since 2010 to at least 66 million, a number that is expected to increase considerably throughout the year, despite an average winter of rain and snow that brought some relief to urban Californians. 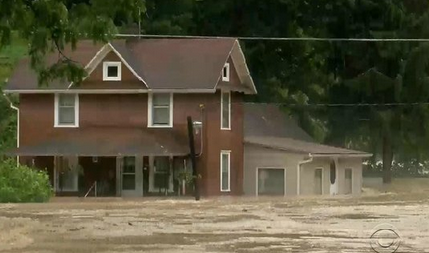 Repeated thunderstorms with heavy rain have caused the worst flash flooding in years in West Virginia. Much of the state received 3 to 5 inches, however the area from Charleston to White Sulphur Springs eastward into Virginia near Covington had 9 to 11 inches.
Posted by seemorerocks at 17:27