Max Keiser on the Brexit vote 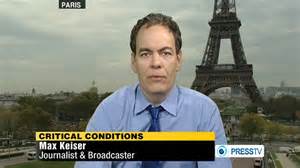 We are joined by Mitch Feierstein of PlanetPonzi.com in order to dissect the economic, monetary and financial consequences of the ‘shocking’ Brexit vote – Britain votes to leave the European Union.

The Keiser Report team look closer at the market sell off and ask whether or not it is part of a wider market weakness already set in motion months ago and then examine the role of the media, much as in the case of the rise of Donald Trump, in simply failing to understand the ‘disposable’ voters left behind by globalisation.

Mitch shows a chart proving that the biggest pound sterling sell off was actually in 2008 and the currency has never really recovered since then. And, finally, they look at the opportunities presented by panic selling.

Posted by seemorerocks at 13:13