66 Million trees in California dead due To Drought

Alarming! 66 Million Trees in California Died Due To Drought 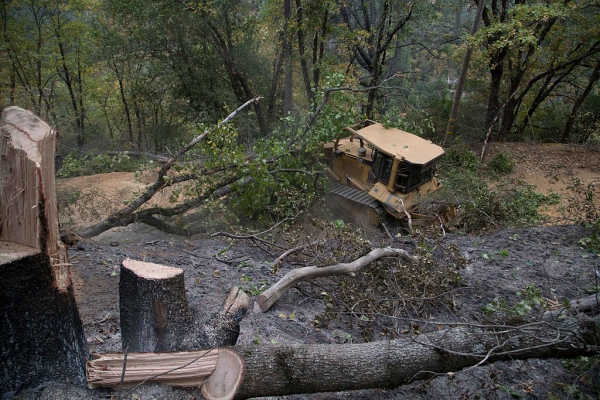 The latest aerial survey released by U.S. Forest Service revealed that since 2010, 66 million trees have died due to high temperatures and drought, making California basically a tomb of dead trees.

The survey was released in line with the wildfire occurrences in California. Just a few days ago, more than 8 square miles of wildfire has set the mountains in northeast of Los Angeles scorching, prompting evacuations from the nearby towns, Greater New Orleans reported.

In response to the recent findings, Agriculture Secretary Tom Vilsack called on Congress to finance programs and projects dedicated to firefighting to address the issue of wildfires, LA Times noted.

"Forcing the Forest Service to pay for massive wildfire disasters out of its preexisting fixed budget instead of from an emergency fund like all other natural disasters means there is not enough money left to do the very work that would help restore these high-mortality areas," he said in a statement.

Here are some the basic facts you need to know about drought:
What is drought?

Do something.org defines a drought as an extended period of deficient rainfall relative to the statistical multi-year average for a region.

There are four types of drought: Meteorological (lack of precipitation), agricultural, (lack of moisture in the soil where crops grow), hydrological (low levels of water in lakes and reservoirs), and socioeconomic (water shortages in drinking and running water).

How to predict drought

Meteorologists analyze precipitation patterns and stream flow, as well as measure moisture of soil over long periods of time to foresee drought.
Effects of drought

Drought results in water shortage, damages to crops, wildfires and an increased death rate of livestock and wild animals. In worst cases, it can lead to human fatalities.

How long does it last?

Several weeks, months or even years may pass before people know that a drought is occurring. Droughts can last for a decade or more.

Due to climate change, the risk of having drought is doubled today.

How to mitigate drought