The wine industry - FFS!  This is just the START.

At least we should feel grateful that the media are at least starting to acknowledge the situation.

But I don't. I feel disdain.

Scientists are warning New Zealand's record-breaking temperatures are causing a surge in the numbers of agricultural pests and ongoing drought, with predictions the problem is set to get worse. 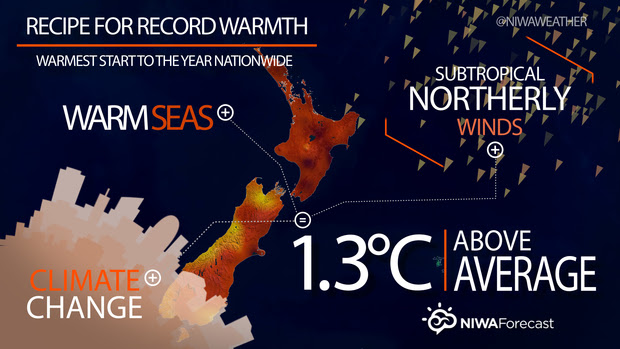 Findings by the National Institute of Water and Atmospheric Research (NIWA) show the first half of 2016 is shaping up to be the warmest since records began in 1909.

NIWA's findings show every month of the year to June was at least half a degree more than the average from 1981 to 2010.

Its impact is being felt widely: many skifields are yet to open and Primary Industries Minister Nathan Guy announced yesterday more support for drought-afflicted farmers in Northern Canterbury. 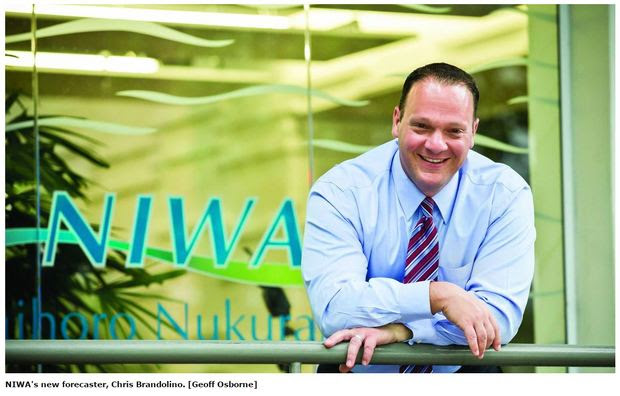 NIWA forecaster Chris Brandolino said if the mild conditions continued until the end of June, temperatures for the last six months would end up at above 1.3°C degrees above average, making it the warmest first six months of the year on record.

Mr Brandolino predicted the warmer weather would reverberate throughout nature.

"Wasps, things like that living longer because you don't have the frosts and the cold snaps like you should have to help kill off those insects, the pests, things of that nature may persist. I've heard stories of seeing butterflies flying around and seeing trees in bloom with this warm weather, particularly in northern part of the North Island.

"There is a ripple affect with these warmer temperatures."

A professor of agribusiness at the University of Waikato Jacqueline Rowarth warned the primary sector was seeing massive changes due to the rising temperatures which looked set to continue.

"If they're not a cool temperature at night we won't get our good sauvignon flavours, that would be very bad for the wine industry. We don't get the sugar forming in the kiwifruit if we don't get the right temperatures and with agriculture, if it's very hot then the cows suffer in terms of production."

The months of March, April and May were the second warmest autumn on record, and May the warmest May ever.

Many crops needed a cold period for fruit to form, but that was not happening, Prof Rowarth said.

She said yields could go down meaning less money unless price were put up to compensate.

Prof Rowarth said Queen wasps were coming out of hibernation early, laying more eggs and there was more disease and insects in general.

"Black beetle moving south, crickets, those sorts of things. The Waikato used to be a relatively easy place to grow grass, but we're now combating all sorts of beetles, weevils and all the difficulties for farmers which on top of drought mean pasture management's really challenging." 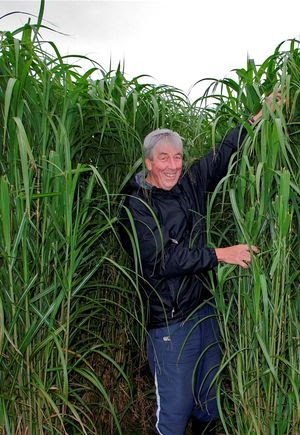 Steve Wratten is a Professor of Ecology at Lincoln University and principal investigator at a National Centre of Research Excellence, the Bio-Protection Research Centre.

Prof Wratten said plants and animals in New Zealand evolved over millions of years, but the rate of climate change was the fastest that had ever been recorded and this year's record temperatures were very worrying.

"One or two new pests are going mad that weren't here before. A good example is the grass grub which is a scarab beetle. For tens of years its larvae, its maggots has been damaging grasslands, but now the adults are flying into vineyards in Marlborough, that's never happened before."

"Some people say 'oh well if they're one-offs you can't make a long connection', but they're not one-offs, it's happening all the time."

NIWA said greenhouse gases, an increase in warm northerly winds and warmer sea surface temperatures were the reasons for the record temperatures.

The Intergovernmental Panel on Climate Change (IPCC) September 2013 report found that "as temperatures increase, so do risks of serious and irreversible damage".

This year's record-breaking temperatures are causing a surge in the numbers of pests, a decline in agricultural productivity and ongoing drought. Laura Bootham reports.

More big downpours of rain like yesterday's in Auckland are on the cards, the weather pundits say. Auckland had its wettest ever hour for a June yesterday - and there will be more, the experts say.

Each 1 Degree C We Warm

For every 1 degree C we increase the temperature on the planet we see 7% more moisture in the atmosphere. We are heading to and beyond the IPCC worst case scenario of  6C minimum which will generate another 40% of moisture in the air.
This will lead to a greater number of flooding events and increased number of lightning strikes and Tornadoes.

This is an enormous amount of energy and associated warming as water vapour is in itself a green house gas.

“The impact of climate change may be worse than previously thought, a new study suggests”:  “As world leaders hold climate talks in Paris, research shows that land surface temperatures may rise by an average of almost 8C by 2100, if significant efforts are not made to counteract climate change.”

Personally I disagree with the suggestion that it will take until the magic 2100 for our locked in 8C temperature rise. Factor in the myriad of feedback loops and we could be there in a few decades,not that humans will survive that long to bare witness.

Such a rise would have a devastating impact on life on Earth:  ‘Climate Outlook May be Worse than Feared.’

“A warmer atmosphere can hold more moisture, and globally water vapour increases by 7% for every degree centigrade of warming.”

Excellent article and Q & A from The Guardian below:  ‘How Will Climate Change Affect Rainfall?‘

Posted by seemorerocks at 10:33