One straight-speaking anti-austerity Irish politician says it how it is.

Richard Boyd Barrett slams the EU as an undemocratic force that is causing the problems such as racism and xenophobia due to its policies of brutal austerity.

There are of course racist and xenophobic forces that we must oppose in the strongest possible was and defeat.

We must look at who funds the remain campign- Goldman Sachs, Citi Group, Morgan Stanley and the Hedge Funds of London- the very same groups that caused the financial crisis which the policy of austerity protects.

The EU has slaughtered the people of Greece, Spain, Portugal, Italy and Ireland and also the refugees who are being sent to Turkey where they are being shot. 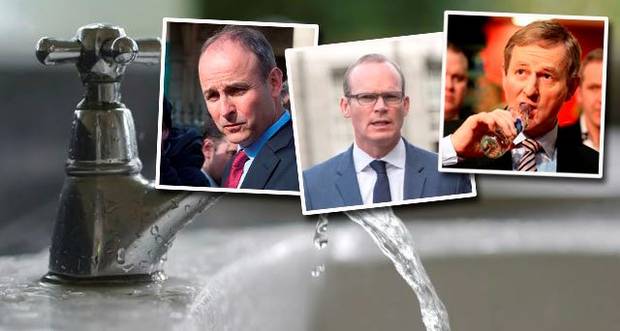 Ireland is breaking EU law if the Dáil seeks to abandon charging as is expected after a nine month consultation period agreed in the Programme for Government.
In reply to a Parliamentary Question from MEP Marian Harkin, the European Commission said Ireland “made a clear commitment to set up water charges” and there is no provision “whereby it can revert to any previous practice”.

The statement is the clearest yet on water charges and suggests that Ireland could be left open to significant EU fines unless a billing system is implemented.
The Commission said that Ireland is signed up to Article 9(4) of the Framework Directive which sets down “strict conditions”.

It says that a member state wishing to avail for flexibility under this provision needed to take a decision on what constituted an “established practice”.

“On the contrary, in the said plans, Ireland made a clear commitment to set up water charges to comply with the provisions of Article 9(1).

“Ireland subsequently applied water charges and the Commission considers that the Directive does not provide for a situation whereby it can revert to any previous practice,” the Commission said.

The statement is likely to reignite the war of words over water charges.

Fianna Fáil has claimed that it has legal advice which says that Ireland can legally scrap water charges.

However, Fine Gael continues to say that water charges cannot be reversed and recently Taoiseach Enda Kenny said that despite all the protests people will eventually end up paying for domestic water.

Legislation that allows for the suspension of water charges for nine months is to be debated in the Dáil later this month.

It will allow for the setting up of a Commission which will make recommendations on the future of water charges.