Siberian permafrost thaw warning sparked by cave data
Evidence from Siberian caves suggests that a global temperature rise of 1.5C could see permafrost thaw over a large area of Siberia. 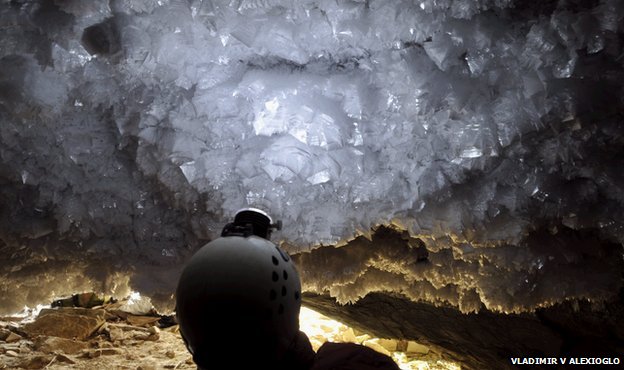 
A study shows that more than a trillion tonnes of the greenhouse gases CO2 and methane could be released into the atmosphere as a result.

An international team has published details in the journal Science.

The evidence comes from analysis of stalactites and stalagmites in caves along the "permafrost frontier".

This is where ground begins to be permanently frozen in layers that can be tens to hundreds of metres thick.

Stalactites and stalagmites only grow when liquid rainwater and snowmelt drip into the caves.

So these formations record 500,000 years of changing permafrost conditions - including warmer periods similar to the climate of today.


Thawing of permafrost would have huge implications for ecosystems, says the team

The records from a particularly warm period called Marine Isotopic Stage 11, which occurred around 400,000 years ago, suggest that warming of 1.5C compared to the present is enough to cause substantial thawing of permafrost - even in areas far north from its present-day southern limit.

"The stalactites and stalagmites from these caves are a way of looking back in time to see how warm periods similar to our modern climate affect how far permafrost extends across Siberia," said Dr Anton Vaks from the University of Oxford.

"As permafrost covers 24% of the land surface of the Northern Hemisphere, significant thawing could affect vast areas and release (billions of tonnes) of carbon."

He added: "'This has huge implications for ecosystems in the region, and for aspects of the human environment.

"For instance, natural gas facilities in the region, as well as power lines, roads, railways and buildings are all built on permafrost and are vulnerable to thawing. Such a thaw could damage this infrastructure with obvious economic implications." 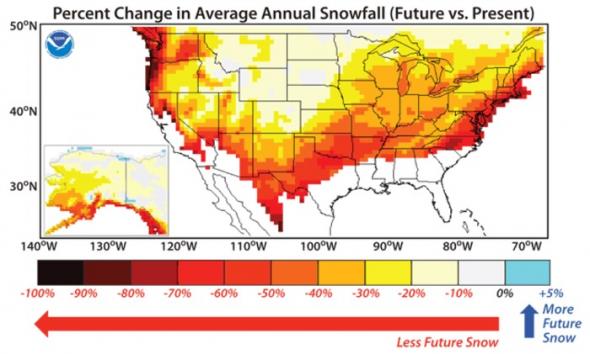 The projections are the result of a climate model developed at the National Oceanic and Atmospheric Administration's Geophysical Fluid Dynamics Laboratory in Princeton, N.J.

The model suggests the majority of the planet would experience less snowfall as a result of warming due to a doubling of atmospheric carbon dioxide, a decline that could spell trouble for regions such as the western United States that rely on snowmelt as a source of fresh water.

Scientists at Princeton University who have been analyzing the model said the greatest reductions in snowfall in North America would occur along the northeast coast, in the mountainous west, and in the Pacific Northwest.

They said snowfall will increase in very cold regions of the globe because as air warms it can hold more moisture, leading to increased precipitation in the form of snow.

Regions in and around the arctic and Antarctica will get more snow than they now receive, they said in a Princeton release Friday.