Athens under water after several hours of rainfall

Several hours of heavy rain and a thunderstorm in the Greek capital Athens have flooded roads and homes, caused traffic jams and disrupted the train and tram network, officials say. 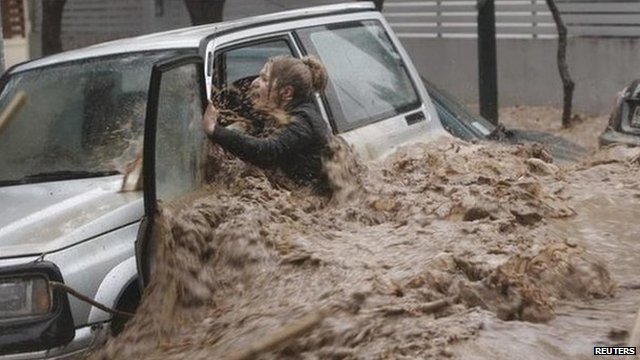 The deluge inundated basements and forced authorities to close underpasses and a central subway station.

The fire department said it had received at least 600 calls to drain water from houses and businesses.
Many of the city's streets remain ankle-deep in water.
"It was one of the worst thunderstorms we have ever had in the greater Athens area [since 1961]," fire department chief Sotiris Georgakopoulos told NET state television.
At one point the rainfall was so intense that parked cars were swept away by racing waters. 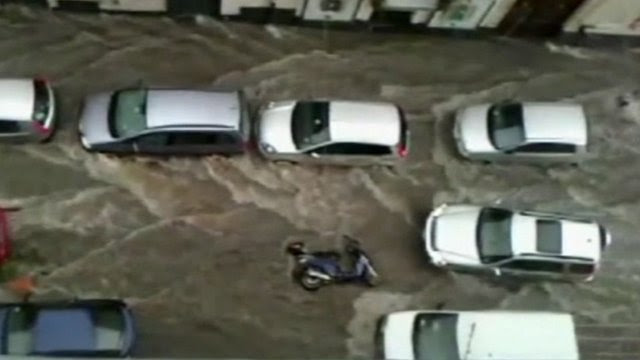 There was also severe flooding on Thursday in Catania, southern Italy

"There are cars immobilised on several Athens highways and we have dispatched tow trucks to clear the roads," senior traffic police officer Dimitris Papanagiotou told NET.
Fire chiefs say that they have about 60 crews tackling the floods which they expect to recede throughout Friday.
No injuries have been reported.