Labour rejects any suggestion it is to blame for the financial problems of Solid Energy, a State-owned company. 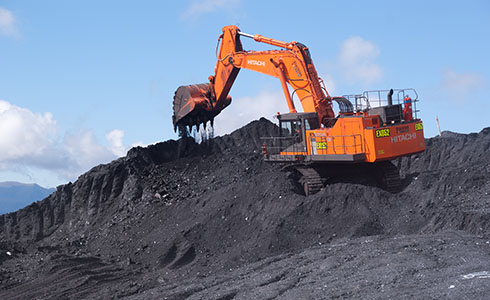 Solid Energy is in crisis talks with its banks and the Treasury as it grapples with $389 million worth of debt.

Prime Minister John Key says the Government opposed a plan by the company to expand and diversify its business, but was powerless to stop it.

He also attributed some of the blame on a speech in 2007 by then-Minister of State Owned Enterprises, Trevor Mallard, who encouraged such expansion.

Labour spokesperson for state owned enterprises Clayton Cosgrove said on Monday that the speech has no bearing on Solid Energy's current problems.
He said the argument is a flimsy attempt by Mr Key to avoid questions about Solid Energy.

Listen to more from Clayton Cosgrove on Morning Report

The Green Party says the Government failed in its duty to oversee Solid Energy and its investments.

Russel Norman, Green party co-leader has some pretty spot-on comments about the govenment handling of this debacle.

The Green Party says the Government failed in its duty to oversee Solid Energy and its investments.

Posted by seemorerocks at 09:00