Have you got some time to watch a disinformation video?

This piece, trying to lure investment in shale oil in Australia purports to provide “intelligence information” that could shatter the world, and lead to war.

In the meantime, folks, make some money.

It might be worthwhile pointing out that the folks of Coober Pedy, South Australia live underground and I would be willing to wage they don't have abundant sources of fresh water.

Either this project is going to die at inception or, possibly most likely, at this period of “energy abundance” there will be sufficient desparation to try and extract what's there. This will use all the water Australia doesn't have and literally cost the earth.

It might be worthwhile looking at what Mike Ruppert write about shale oil again.


“Showdown at Coober Pedy”
A $20 trillion deathblow to Iran and Saudi Arabia? 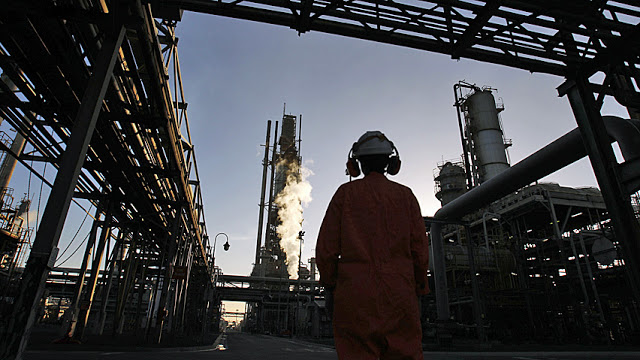 “Here's the theoretical process to turn shale into oil:

“Production of oil from oil shale has been attempted at various times for nearly 100 years. So far, no venture has proved successful on a significantly large scale. One problem is there is no oil in oil shale. It is a material called kerogen. The shale has to be mined, transported, heated to about 4500C (8500F), and have hydrogen added to the product to make it flow. The shale pops like popcorn when heated so the resulting volume of shale after the kerogen is taken out is larger than when it was first mined. The waste disposal problem is large. Net energy recovery is low at best. It takes several barrels of water to produce one barrel of oil. The largest shale oil deposits in the world are in the Colorado Plateau, a markedly water-poor region. So far shale oil is, as the saying goes: “The fuel of the future and always will be”. Fleay (1995) states “Shale oil is like a mirage that retreats as it is approached. Shale oil will not replace oil”

....If it would take one ton of rocks to power one car for two weeks, how many tons of rock would it take to power 270 million cars for one year? Answer 7.02 trillion tons. Now add the hydrogen adn orobably the equivalent of all the fresh water flowing in the Colorado River every year and you migh thave something. Oops. We forgot about the infrastructure costs, didn't we?

How much energy is used to heat shale to one third the temperature of the sun?"


To watch the video GO HERE

For more on this GO HERE

Posted by seemorerocks at 11:16