Body blows to the NZ economy

Here are some pretty solid blows in the New Zealand economy This follows the collapse of the country's third-largest construction company.

It is clear, despite the propaganda, which way things are moving.

Govt 'asleep at wheel' on Solid Energy
The Government and Treasury missed the chance to step in and force change at troubled state-owned coal company Solid Energy when problems became apparent to officials and ministers about 18 months ago, the Opposition says. 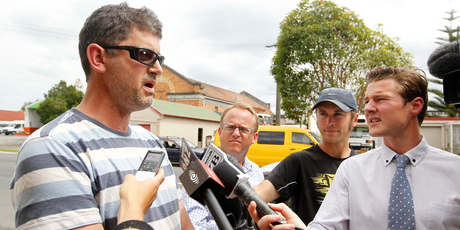 Solid Energy is currently in crisis talks with Treasury and its bankers over ballooning debts now totalling $389 million.

It blames its woes on low international coal prices, weak demand and the poor performance of its investment in alternative energy assets.

Just a few months after 450 job cuts last year, the company's remaining 1,200-strong workforce are staring down the barrel of further redundancies once a restructuring package is agreed.

Finance Minister Bill English has not ruled out a taxpayer-funded bailout.

Third generation miner and Huntly East mechanical fitter Ross Vernon said only last year 70 workers were employed on the promise of a 25-year future with the state-owned enterprise.


Mr Vernon said it was heartbreaking that most of those workers were then made redundant in a recent restructure after being "sold a dream" which never eventuated.

"I firmly believe Don Elder has a lot to answer for. He should be ashamed and I wouldn't employ him."

He said Solid Energy should never have spent money on "peripheral" businesses that failed such as converting coal to bio-diesel.

Labour's state-owned enterprises spokesman Clayton Cosgrove savaged SOE Minister Tony Ryall and Mr English for being "asleep at the wheel" as Solid Energy deteriorated over the past 18 months.

Problems at the company first came to light in mid-2011 through a "scoping study" conducted to assess the company's readiness to be partly privatised under the Government's "mixed ownership model".

A few months later, in late 2011, the first public indications of the company's troubles emerged when the Herald highlighted a $1 billion gap between its board's $2.8 billion view of the company's value and a $1.7 billion estimate prepared by a private sector analyst.

Treasury explained that discrepancy as being the result of differing views on the outlook for international coal prices.

Mr Cosgrove said he was "getting very tired of Mr Ryall saying there's nothing he could have done as these were all operational matters".

"He can't tell the board what to do but he can ask questions and demand answers and he can say 'you're sacked'."

Mr Cosgrove said one of those questions in the face of falling coal prices was whether the company had developed adequate contingency plans to cope with them.

Clearly it hadn't, he said, but former chairman John Palmer and former chief executive Don Elder continued in their jobs until recently.

Greens co-leader Russel Norman said the situation at Solid Energy appeared to have "gone to custard without the Government realising what's going on".

"The people who should have had all the information at their fingertips were Treasury's Crown Ownership Monitoring Unit, they're the ones who presumably have had full access to everything inside Solid Energy all the way through.

"The question is why didn't they raise alarm bells about what was going on?"

A Treasury spokeswoman yesterday refused to comment on what action it took after learning of Solid Energy's problems other than to say it had been "very involved".

Dr Elder, who resigned two and a half weeks ago yesterday, told the Weekend Herald he had been "out of contact" since then and was "not up to speed" with the latest developments at the company.

He refused to answer questions about the company or "performance-based payments" or bonuses he had received in recent years.

"I still have commitments to Solid Energy and I'm unable to say anything whatsoever."

Chairman Mark Ford, who took over from Mr Palmer after a board cleanout in November, yesterday said he believed Solid Energy was "a very viable business but only based on our core business - coal production".

Mr Ford said a number of investments made under the previous board and management were done when the New Zealand dollar was lower and prices higher.

They were no longer paying sufficient return, and would all be sold or otherwise "exited".


Unions say redundant Telecom workers may leave country
The Council of Trade Unions says workers soon to be made redundant by Telecom will struggle to find employment in New Zealand.


Telecom on Friday downgraded its profit forecast and announced it would cut hundreds of jobs in the coming months as it made a strategic shift to become a mobile and data orientated service provider.

CTU secretary Peter Conway said the redundant workers will be highly skilled and many will be unable to find equivalent jobs in New Zealand's faltering economy.
He said if there is growth it is highly concentrated in some sectors and is either not leading to extra jobs or, where jobs are created they are not very good ones. "That's the concern and that will keep driving people to Australia."

The Engineering, Printing and Manufacturing Union represents about 40 Telecom workers. National industry organiser Joe Gallagher said those who lose their jobs will probably have to leave the country to find employment.

The Household Labour Force survey for the December 2012 quarter puts the number of unemployed at 163,000 and Mr Conway said 111,000 part-time employees are looking for extra hours.

In Australia, telecommunications firm Telstra announced this week it was cutting jobs and and moving some of them overseas.

The company is axing 648 jobs axed from its ailing advertising and directories arm, Sensis, representing almost 20% of its 3500-strong workforce.

The Australian Manufacturing Workers Union said 400 of those jobs are earmarked to go to workers in the Philippines, AAP reports. 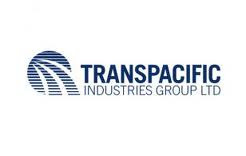 .
Affected staff will leave over the next two to three months as jobs are slashed across all parts of the business in Australia and New Zealand, AAP reports.
It follows 1200 job cuts announced earlier by Australian firms Telstra, Iluka and Origin Energy.

Transpacific chief executive Kevin Campbell said the decision to cull the workforce came after a recent review of the company's organisational structure.
He said the number of management layers in the business was being cut from an average of nine to an average of six.

Transpacific is accelerating its cost cutting program, advising the market on Friday it planned to take out $A50 million of costs over the next three financial years to 2014/15.

This was above previous market guidance of $40 million of savings over the same period.

Mr Campbell said the company, like a lot of other firms, had been "suffering from the malaise of the lack of infrastructure projects and general downturn in manufacturing and industrial markets".

He said Transpacific's waste management businesses had been hurt by a drop-off in volumes in landfill and a product mix change in the industrial liquids market that has resulted in lower margins.

Hundreds of job cuts announced in a day

Earlier in the week three major Australian companies announced nearly 1,200 job cuts between them on just one day, as weak earnings force businesses to focus on driving down costs and adapt to changing markets.

Telstra said on Thursday it would cut 648 jobs from its struggling Sensis business - a division that has suffered massive revenue falls as demand for its key White Pages and Yellow Pages directories plummets.

Gas and electricity player Origin Energy announced it will cut an additional 350 jobs, in addition to 500 already flagged, during 2013 as it faces falling profits.

And 200 workers will be sacked from Iluka, a miner of mineral sands used in high-tech metals and paint pigments, after weak market conditions forced a 33 per cent slide in full year profit.
Posted by seemorerocks at 10:01