17 Major US Bridges That Need To Be Fixed Right Away 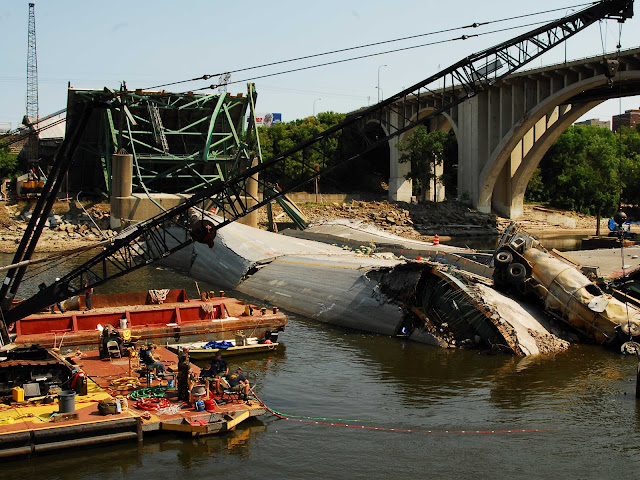 In this year's State of The Union, one of President Obama's proposals was to immediately build a public private partnership to fix the nearly 70,000 structurally deficient bridges in the United States.

He claimed companies like Siemens America were willing to bring more jobs here if we upgraded and repaired our infrastructure.

Our roads and bridges really have decayed. As of last year, 11.5 percent of US bridges, crossed by an average of 282,672,680 vehicles daily, were graded as "structurally deficient" by the Federal Highway Administration (FHWA).

Many other bridges are rated "functionally obsolete," which means that they are "no longer by design functionally adequate for their task," according to the FHWA.

Transportation for America released a report detailing the most trafficked structurally deficient and functionally obsolete bridges in America, and we've picked out the busiest in 17 different states, and ordered them by condition, from best to worst.

This should not be interpreted as a list of bridges that are near collapse. But all of them need work, and many hold up traffic on some of America's busiest roadways.

With 7.9 percent unemployment and low interest rates, business, government, and drivers can agree that we could make some upgrades.
Click here to see the bridges >