Just two days ago the Telegraph was asking the question what would happen if Britain lost its AAA credit rating – now we'll find out. 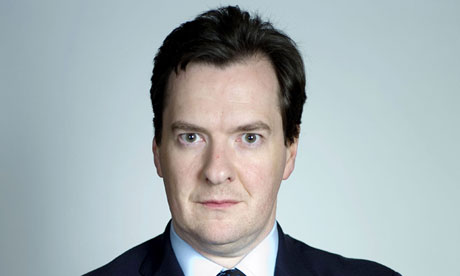 
George Osborne has insisted Britain will not "run away" from its problems after Moody's downgraded the country's AAA credit rating.

The chancellor said the coalition was determined to stick by its plan for economic recovery after the rating was lowered by a notch to AA1.

The agency warned that "subdued" growth prospects and a "high and rising debt burden" were weighing on the economy. But Osborne said the loss of the gold-plated status did not mean the government should change course.

"Tonight we have a stark reminder of the debt problems facing our country – and the clearest possible warning to anyone who thinks we can run away from dealing with those problems," he said.

"Far from weakening our resolve to deliver our economic recovery plan, this decision redoubles it.

"We will go on delivering the plan that has cut the deficit by a quarter, and given us record low interest rates and record numbers of jobs."

It now expects the "period of sluggish growth" to "extend into the second half of the decade".

"The main driver underpinning Moody's decision to downgrade the UK's government bond rating to AA1 is the increasing clarity that, despite considerable structural economic strengths, the UK's economic growth will remain sluggish over the next few years due to the anticipated slow growth of the global economy and the drag on the UK economy from the ongoing domestic public and private sector deleveraging process," the agency said.

"Moody's says that the country's current economic recovery has already proven to be significantly slower – and believes that it will likely remain so – compared with the recovery observed after previous recessions, such as those of the 1970s, early 1980s and early 1990s."

Osborne said: "As the rating agency says, Britain faces huge challenges at home from the debts built up over many, many years, and it is made no easier by the very weak economic situation in Europe.

"Crucially for families and businesses, they say that 'the UK's creditworthiness remains extremely high' thanks in part to a 'strong track record of fiscal consolidation' and our 'political will'.

"They also make it absolutely clear that they could downgrade the UK's credit rating further in the event of 'reduced political commitment to fiscal consolidation'.

"We are not going to run away from our problems, we are going to overcome them."

The downgrade is a major blow for Osborne, who has been coming under increasing pressure to take action to stimulate the economy.

The chancellor has used maintaining the top credit rating for government bonds as one of the key arguments for the austerity programme.

However, Labour has insisted that withdrawing demand from the economy has put it more at risk by stunting growth.
Posted by seemorerocks at 16:21