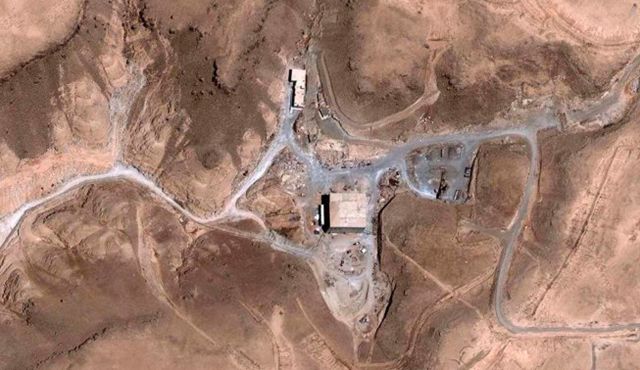 A spokesman for the Free Syria Army hinted Sunday that the rebels would be willing to allow International Atomic Energy Agency (IAEA) inspectors into the Al-Kibar nuclear facility, which they seized last week. [...] “We’re willing to cooperate with the IAEA if our conditions are met,” the FSA said in a statement. The London-based Arab newspaper Al-Sharq Al-Awsat further quoted a commander of one of the rebel brigades as saying [...] the FSA has set up a special security parameter around Al-Kibar, to protect it. The spokesman said that an FSA officer has been made the liaison to the UN agency and will present it with the rebels’ demands [...] He refused to tell the newspaper whether anything was found on the premises to suggest that the facility was used for nuclear work. “Those details will be given only to the IAEA,” he said. […]

Syrian rebels claim to have captured former nuclear reactor site
The site, which was reportedly destroyed by an Israeli strike in 2007, has been used by troops loyal to Assad as a launch base for Scud missiles, according to the Syrian opposition 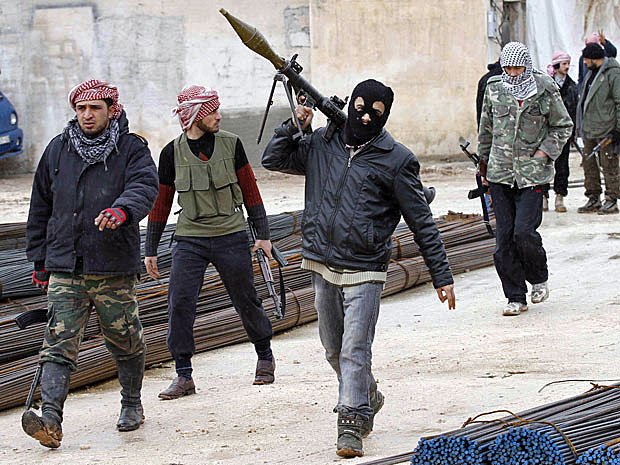 Syrian rebels have captured the site of a suspected nuclear reactor near the Euphrates river which Israeli warplanes reportedly destroyed six years ago, opposition sources in eastern Syria said on Sunday.
The Al-Kubar site, around 60 km west of the city of Deir al-Zor, became a focus of international attention in 2007 when foreign news sources reported it was raided by Israel. The United States said the complex was a North Korean-designed nuclear reactor geared to making weapons-grade plutonium.
Omar Abu Laila, a spokesman for the Eastern Joint Command of the Free Syrian Army, said the only building rebels found at the site was a hangar containing at least one Scud missile.
"It appears that the site was turned into a Scud launch base. Whatever structures it had have been buried," he said, adding that three army helicopters airlifted the last loyalist troops before opposition fighters overran the area on Friday.
The Syrian military, which razed the site after the purported Israeli strike, said the complex was a regular military facility but refused to allow the International Atomic Energy Agency unrestrained access, after the agency said the complex could have been a nuclear site.
The UN investigation appears to have died down since the national revolt against Preident Bashar Assad broke out in 2011, with the armed opposition increasingly capturing military sites in rural areas and on the edges of cities.
UN inspectors examined the site in June 2008 but Syrian authorities has barred them access since.
Abu Laila said Scuds appear to have been fired from Kubar at rebel-held areas in the province of Homs to the west.
The complex, he said, had command and control links with loyalist troops in the city of Deir al-Zor, where Assad's forces have been on the retreat and are now based mainly in and around the airport in the south of the city.
Footage showed fighters inspecting the site and one large missile inside a hangar. One fighter pointed to what he said were explosives placed under the missile to destroy it before attacking forces got to it.
Abu Hamza, a commander in the Jafaar al-Tayyar brigade, said in a YouTube video taken at Kubar that various rebel groups, including the Al-Qaida linked al-Nusra front, took part the operation and that UN inspectors were welcome to come and survey the site.
In the last few months, opposition fighters have captured large swathes of the province of Deir al-Zor, a Sunni Muslim desert oil producing region that borders Iraq, including most of a highway along Euphrates leading to Kubar.
The province is far from the Assad's main military supply bases on the coast and in Damascus. Long-time alliances between Assad, who belongs to the minority Alawite sect, an offshoot of Islam, and Sunni tribes in Deir al-Zor have also largely collapsed since the revolt.
But Assad's forces remain entrenched in the south of the city of Deir al-Zor and armed convoys guarded by helicopters still reach the city from the city of Palmyra to the southwest, according to opposition sources.