The answer is a resounding yes!

Are ‘extractive elites’ sucking the life out of Canada’s economy?
Politicians in the developed world are preoccupied with dividing up a diminishing pie, not a growing one 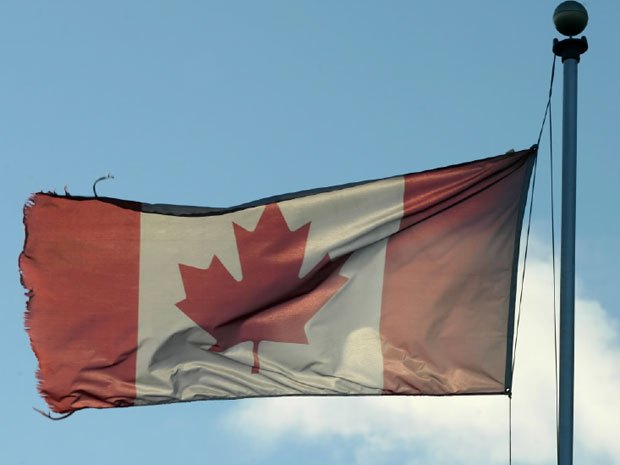 Even in debt-free Alberta, an oil bubble is causing budgetary handwringing in government as deficits loom. This means spending cuts, or revenue hikes, or a bit of both or even, goodness forbid, racking up debts.

In Ontario, the new lefty Liberals wrestle with a mess inherited from their predecessors who gave away money to public sector unions and various other interest groups at twice the rate of economic growth in order to win votes. For instance, the Ontario Liberals cancelled two power plants in a bid to win two ridings at a cost of at least $230 million if not dramatically more. An inquiry will quantify the damage of this shocking political expediency.

Naturally, there’s poor old Quebec, wrestling with its culture of corruption, and also facing fiscal meltdown. This follows decades of being incapable of saying no, in either official language, to virtually anyone or anything, from undercharged university students to daycare mothers paying only $7 a day.

La Belle Province slowly slides despite massive handouts from the rest of Canada. In 2014, Quebec will get $7.833 billion, roughly half the total.

Washington is another case in point and the same debate is raging, sped along with the Sword of Damocles or “sequestration”. This is a fancy word for agreement that, if agreement continued to elude, some US$100 billion a year will be hived out of the Pentagon and Medicare until deficits are brought in line.

These debates are noisy and nasty and extend across the developed world. Squeaky wheels get the oil, or escape cuts to their spending, but the solution is unaddressed and improperly framed. The issue is about “extractive elites” – who they are and what to do about them.

In a 2012 book, “Why Nations Fail: The origins of Power, Prosperity and Poverty”, economists Daron Acemoglu and James Robinson argue that “elites, when sufficiently politically powerful, will often support economic institutions and policies inimical to sustained economic growth. Sometimes they will block new technologies; sometimes they will create a non-level playing field preventing the rest of society from realizing their economic potential; sometimes they will simply violate others’ rights by destroying investment and innovation incentives.”

Among the usual suspects are powerful public sector unions, monopolies that are privately or publicly owned or gigantic business sectors such as oil or banking. What all these entities have in common is they are so wealthy they control and influence political agendas to generate even more wealth and power for themselves at the expense of the rest.

Power leads to political influence, anti-competitive actions or attitudes and sometimes corruption. For instance, “extractive elites” typically overpay workers because they are able to extract excessive revenues (or tax benefits) from the economy.


A provocative opinion piece in The Economist last year about these elites cited banks and public sector unions as the two prime candidates. Both have major influence on laws, that mostly favor their propagation, and both should be bridled. Both are sworn enemies but are unfairly advantaged.

“Banks, which have huge political clout, as the world witnessed not only in the midst of the 2008-2009 crisis but again in the European debt restructuring debacle of the last two years, are a great candidate indeed,” concurred Acemoglu and Robinson. Such “extractive elites” do more than just financial damage, by the way.

In Wall Street’s case, its wealth lobbied against regulations, led to excessive risk-taking and manipulations and brought about the collapse of the world’s fiscal system.

But even before it self-destructed, the financial sector’s conversion from banking utilities to casinos caused economic distortions, a brain drain of talent from technology and innovation and the diversion of capital to gaming the system not bankrolling ideas and businesses.

The same applies to excessive unionization. This has led to featherbedding in governments, election of politicians who spend, inflated salaries, benefits and pensions as well as the distortion of the economies of wealthy countries and enticement of talent into safe, civil service jobs.

“Extractive elites” may be one of Canada’s biggest problems. The workforces and financial share of the banking oligopoly and mammoth public sector unionized workforce (25% of the total) are disproportionately large. Both perform vital services but extract “rents” from the economy – from fees or excessive profits to high pension benefits – at the expense of free enterprise and innovation.

“Workers may prefer the security of government jobs to the riskiness of joining new businesses,” wrote The Economist. “As European governments are discovering, public-sector unions are often the most vocal in opposing the kind of labor-market reforms needed to reduce structural unemployment.”

As for bank hegemony, it stated “much of current economic policy seems to be driven by the need to prop up banks, whether it is record-low interest rates across the developed world or the recent provision of virtually unlimited liquidity by the once-staid European Central Bank. The long-term effects of these policies, which may be hard to reverse, are difficult to assess.”

The concept of “extractive elites” should be the filter through which all laws and budgets are examined. Does this group or this regulation allow some elite or monopoly to unjustifiably take more than its fair share? Some examples include unjust labor laws that make decertification impossible, bans on secret balloting in union votes, the appointment of Senators with unearned privileges, exempting banks from anti-competition laws that allow them to charge identical fees or excess tolls imposed on the economy because there is insufficient competition in the rail, airline, pipeline, utility, telecoms or other sectors.

This issue is not about politics or policy. It is about smart economic management and countries like Canada or those in Europe that have been carved up by “extractive elites” will increasingly become dysfunctional.

They are, in essence, nation-state equivalents of those family-owned enterprises who promote and overpay the least productive, but most politically savvy, offspring to run the show … usually into the ground.