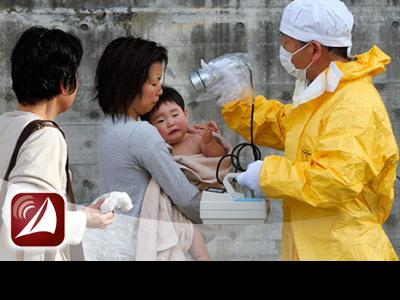 Dr. Caldicott details the impressive credentials of the international scientists who will be presenting their evidence at an important Scientific Symposium at the The New York Academy of Medicine in New York City. Entitled: the Medical and Ecological Consequences of the Fukushima Nuclear Accident, the symposium is being held on March 11th and 12th on the second anniversary of the Fukushima Daiichi accident.

“One of the things I’ve discovered when I look at the drawings, the accident movies, you see the plume going down on the ground, which didn’t happen at Chernobyl. Chernobyl burned upward […]

“At Fukushima the plume goes down, it’s something called ‘Building Wake Effect’. So I think that the exposures in close, in the 20 and 30 and 40 km range are actually going to be higher than we saw at Chernobyl and because of the fact all of the stacks and everything that was designed to get that radioactivity up in the air were destroyed because they had no electricity to run the fans. [...] you’ll have to listen to my speech*.

For details of the symposium, sponsored by the Helen Caldicott Foundation, please visit http://www.nuclearfreeplanet.org/symposium.html.

Can't make it to NY City for this event? Then listen to the symposium via a live stream at: http://www.totalwebcasting.com/view/?id=hcf