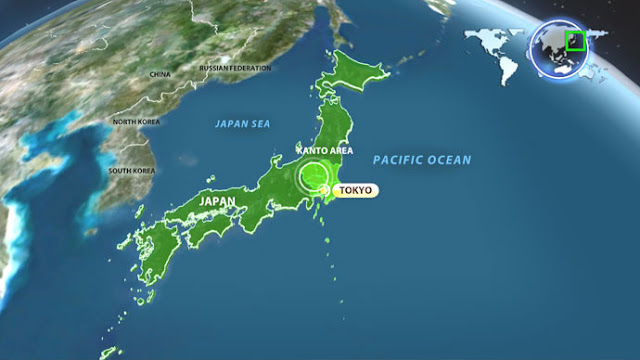 A magnitude 5.7 earthquake has hit near Tokyo, shaking buildings in the Japanese capital. No tsunami risk is reported.
The US Geological Survey said the quake had hit at 16:23 local time (0723 GMT), with its epicentre 57 kilometres north-northeast of Maebashi and around 143 kilometres north-northwest of Tokyo.
A few minutes later a 4.7-magnitude aftershock was registered, The Daily Yomiuri reports.
"It shook vertically for about 10 seconds. Nothing fell from shelves and window glass was not shattered. There was no report of fire and we are preparing to patrol the city," Takayuki Fukuda, spokesman for the Nikko city fire department in Tochigi prefecture near epicenter told AFP
The Japan Meteorological Agency had earlier put the magnitude at 6.2. The agency said the epicenter was about 10km deep. It registered 5 in most parts of Tochigi, including Nikko, 4 in Fukushima and Gunma prefectures, 3 in Saitama and 2 in Chiba and Tokyo, where tall buildings swayed for upwards of half a minute after the quake.
National broadcaster NHK said no abnormalities were detected at nuclear power plants near the epicenter. 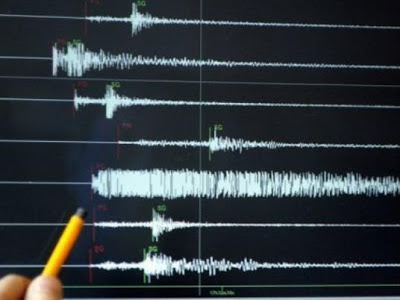 
The 3.6 mag. earthquake was centered just southwest of Trumann in Poinsett County and was felt across a dozen or so counties in Arkansas, Missouri, Tennessee, and Mississippi. It was one of hundreds of earthquakes that shake the region each year.

The New Madrid Seismic Zone (NMSZ) runs 150 miles from Cairo, IL to Marked Tree, AR and is described as a series of faults called the Reelfoot Rift. The rift formed about 500 million years ago when scientists believe the continent tried to split apart. It didn't happen, but what was left was a weakened spot in the bedrock below. Thanks to the Mississippi River, the faults were covered up by sand and other sediment. The NMSZ also differs from what many consider as traditional fault zones because it is not along a plate boundary where to pieces of earth's crust are rubbing against each other.

Some of the largest earthquakes to ever shake the United States happened in the winter of 1811-12. The earthquakes shook bells in the northeastern U.S., created Reelfoot Lake in Tennessee, and caused the Mississippi River to temporarily run backwards near New Madrid, MO.

Since the 1812 earthquakes, the largest earthquake to strike the region was a 6.3 mag. near Marked Tree in 1843. While there are many small earthquakes that still shake the region, there is discontent among the scientific community whether the next big one is going to strike.

Seismologists have warned for years the area is not prepared for a moderate to strong earthquake. Many of the buildings, especially those older than 40 years, are not built to seismic standards. In Memphis for example, the I-40 bridge (Hernando De Soto Bridge) was built in 1973. That "new" bridge is much newer than the I-55 bridge (Memphis and Arkansas Bridge) built in 1949. It is unknown if either bridge would survive an earthquake like those that shook 200 years ago. Many of the buildings in downtown Memphis, Jonesboro, and Blytheville are much older and even on historic significance lists. Many of the newer buildings are constructed to seismic code, meaning they are reinforced to withstand a moderate to strong earthquake.

Those familiar with the earthquakes in the region warn residents not to worry about "the next big one", but a moderate 5.5 - 6.6 magnitude earthquake, which is much more likely to happen and will do significant damage to the infrastructure. Buildings, bridges, and other standing structures near the epicenter will likely see significant damage. The best advice is to be prepared with a plan and survival kit, just in case.

Posted by seemorerocks at 07:23