Selling off the family silver

Despite the fact that this is economic suicide (what comes to mind is Brown's bottom), and an act of treachery by a government willing to ignore the interests of the nation in favour of its own ideology and the interests of its banking friends – this was always going to go ahead. Wait for the government disregard the referendum that should trigger a national referendum.


Full steam ahead for partial float of Mighty River Power

Prime Minister John Key says the partial float of Mighty River Power will now go ahead, with a timeline for the sales to be announced on Monday. 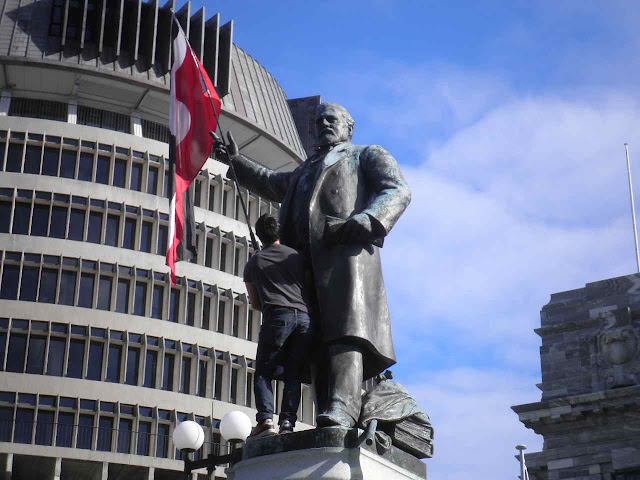 Plans for the sales were on hold while the Supreme Court considered an bid by the Maori Council to stop the sale. The court on Wednesday dismissed the appeal.

Mr Key said the decision means the sale of the shares will now move quickly.
Opposition parties are urging the Government to hold the sales until after a public referendum.

The Greens, Labour, the Council of Trade Unions and Grey Power have gathered enough signatures to force a referendum on assets sales.

They will present the signatures to Parliament on 12 March.

Finance Minister Bill English told Morning Report the only referendum the Government respects is the election.

He said the Government laid out its plans in the last election and was given the mandate for the assets sale when it was voted back in.

Mr English said the expected proceeds from the sale will be reflected in the Budget and would go into the Government's Future Investment Fund, to be used in the rebuilding of Christchurch and other major capital projects.

Listen to more on Morning Report

Labour said on Thursday the Government is ignoring public opinion in going ahead with the sales.

Investment banker Rob Cameron said financial markets are pleased the Government will go ahead with its partial asset sale programme.

Mr Cameron, who chaired the capital markets development taskforce, said the companies proposed for sale are sound investments and their well-known brands will make them popular with investors.

The Government estimates its programme to sell minority stakes in three power companies, a coal miner, and Air New Zealand is worth between $5 - $7 billion.

The court decision clears the way for the Government to list Mighty River Power before the middle of the year, and perhaps a second one, which is thought to be be Meridian Energy, by the end of the year.

The two sales could be worth more than $3 billion.

National Radio say that Maori are 'claiming a victory' in the Supreme Court. Listen to lawyer for the Maori Council, Donna Hall – her response is far more nuanced than that – and far more significant.