Ron Paul: “When They Came For The Raw Milk Drinkers…” 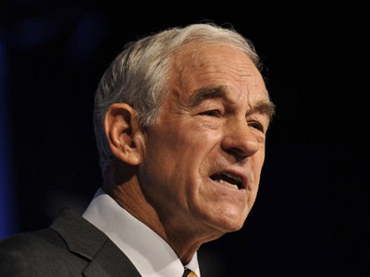 While I oppose most gun control proposals, there is one group of Americans I do believe should be disarmed: federal agents. The use of force by federal agents to enforce unjust and unconstitutional laws is one of the major, albeit overlooked, threats to liberty. Too often Americans are victimized by government force simply for engaging in commercial transactions disproved of by Congress and the federal bureaucracy.

For example, the offices of Rawesome Foods in Venice, California, have been repeatedly raided by armed federal and state agents, and Rawesome’s founder, 65-year old James Stewart, has been imprisoned. What heinous crime justified this action? Rawesome sold unpasteurized (raw) milk and cheese to willing customers – in a state where raw milk is legal! You cannot even drink milk from a cow without a federal permit!

This is hardly the only case of federal agents using force against those who would dare meet consumer demand for raw milk. In 2011 armed agents of the Food and Drug Administration (FDA) raided the business of Pennsylvanian Amish farmer Dan Allgyer. Federal agents wasted a whole year and who knows how many millions of our tax dollars posing as customers in order to stop Allgyer from selling his raw milk to willing customers.

The use of force against individuals making choices not approved of by the political elite does not just stop with raw milk. The Natural News website has documented numerous accounts of federal persecution, including armed raids, of health food stores and alternative medical practitioners.

Federal bureaucrats are also using force to crack down on the makers of gold coins for fear that people may use these coins as an alternative to the Federal Reserve’s fiat currency. Bernard von NotHaus, the founder of Liberty Dollars, is currently awaiting sentencing on federal counterfeiting charges — even though Mr. von NotHaus took steps to ensure his coins where not used as “legal tender.”

Yet, the federal government was so concerned over the possibility that Mr. von NotHaus’s customers might use his coins in regular day-to-day commerce they actually labeled Mr. von NotHaus a “terrorist.”

These type of police state tactics used against, among others, raw milk producers, alternative health providers, and gold coin dealers is justified by the paternalistic attitude common in Washington, D.C. A member of Congress actually once told me that, “The people need these types of laws because they do not know what is good for them.” This mindset fuels the growth of the nanny state and inevitably leads to what C.S. Lewis said may be the worst from of tyranny “…a tyranny exercised for the good of its victims.”

All Americans, even if they do not believe it is a wise choice to drink raw milk or use gold coins, should be concerned about the use of force to limit our choices. This is because there is no limiting principle to the idea that the government force is justified if used “for our own good.” Today it is those who sell raw milk who are being victimized by government force, tomorrow it could be those who sell soda pop or Styrofoam cups. Therefore, all Americans should speak out against these injustices.


The "Champion of Liberty" himself has admitted that the government is fully aware of the potential for civil unrest in the United States and is even preparing for it.


In an interview on The Alex Jones Show on Monday, February 25, 2013, former Congressman and 2008 and 2012 Republican presidential hopeful Ron Paul commented on the "domestic arms race" and the government's obvious preparation for civil unrest by suggesting that "[the government] does not know that in two months from now there's riots in the streets, but they know that there could be." Paul went on to explain that he does not believe the government necessarily believes that civil unrest in America is a certainty but that the elites at all levels of power are making preparations in order to retain their power. He also said "I would expect that the people in charge know that there's trouble ahead and they're laying their plans to react in any way they think necessary."

When asked about the potential for civil war following a gun confiscation attempt, the 12-term Congressman explained that while the government is not necessarily planning to ban guns for the sole purpose of sparking a civil war, it would definitely be a possibility. He believes that the gun control advocates believe in government, as opposed the people, owning guns as a philosophy. "Whether that is exactly what they want it's hard to say," said Congressman Paul "but I know one thing; they don't want the people to have the guns." Paul finally said, with Alex Jones' agreement, that he doesn't believe the American people will willingly give up their guns.

Posted by seemorerocks at 19:48