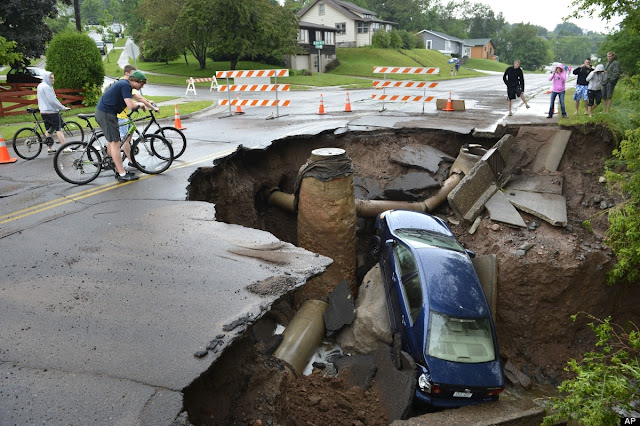 WOODBRIDGE, N.J. -- A sinkhole on a major New Jersey highway has blown tires on 18 vehicles.

The sinkhole was discovered around 6 a.m. Thursday in the right lane of the Garden State Parkway southbound in Woodbridge.

Two lanes had been closed while a temporary fix was made, causing a backup. They were reopened around 4:45 p.m. Thursday.

The New Jersey Turnpike Authority oversees the parkway. Turnpike authority spokesman Tom Feeney says engineers are trying to figure out the cause. He says possibilities include failure of a nearby culvert or collapsed drainpipes under the road.

Feeney says a permanent fix will be made with work at night and on weekends.
Posted by seemorerocks at 20:46