The corruption and hypocrisy of government

This story is indicative of the corruption of this government.

This is social engineering on the part of a regime that makes a mockery of democracy.

Parata overruled on Collegiate bailout
Education Minister Hekia Parata told Cabinet she would not allow Wanganui Collegiate to integrate into the state system, but she was overruled with a multi-million dollar bailout plan within days. 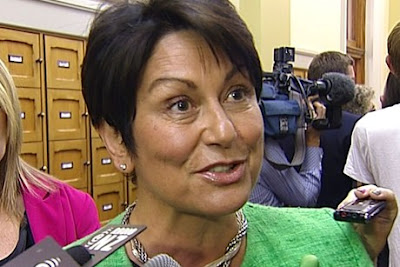 The school would have closed last year without integration, which was allowed to go ahead despite 1400 empty places in state schools in the area, according to documents released to Fairfax under the Official Information Act.

In late October, Ms Parata recommended to Cabinet that it reject integration, with the Ministry of Education and Treasury warning it would draw students from other schools, including nearby Wanganui Girls' College, which was operating at less than 50 percent capacity.

However, within two days Ms Parata was overruled by other ministers.
"Following discussion on your proposal, and having taken account of all the information before it, cabinet subsequently noted the following decision: That the minister of education intends to agree to the integration of Wanganui Collegiate School into the state network of schools at an estimated cost of $3.1 million per annum," a Cabinet paper said.

It also had 43 teachers, compared to the 28 which would be funded for a state school of a similar size.

Listen to the comments from school principals

Posted by seemorerocks at 08:48