The Big Shift
A great energy transition is coming. Will it mean a better day for humanity, or turmoil? First in a series. 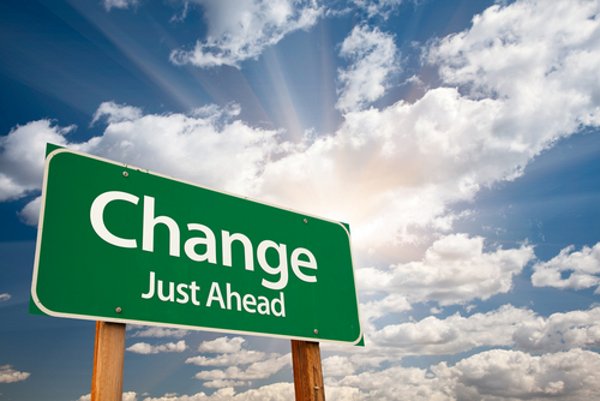 
An energy transition has begun, but it's probably not the one you imagined.

It might have an ugly financial face, an authoritarian political mask or come in the guise of geographic disunion.

But it probably won't look like a solar panel or a windmill. And it won't include flying cars or undersea homes.

Although no one really knows where the globe's energy mix is headed or how it will shape our lives in the future, energy experts now offer a diversity of forecasts, stories and warnings.

Their pronouncements are both myth busting if not startling.


Jeff Rubin, the former chief economist for CIBC, argues that "the new green" will not be endless arrays of solar panels or windmills but less oil and smaller economies.

Mikal Hook, an analyst at Sweden's Uppsala Depletion Group, goes further and argues that any orderly energy transition might now be impossible because renewables simply can't grow as fast as oil.

He also warns that all citizens should prepare for "high and likely volatile oil prices," and that governments should be "educating their citizenry of the risk of contraction to minimize potential future social discord."

Chris Turner, Calgary's sustainability journalist, believes that an orderly energy leap can be made but political leaders and the status quo aren't showing much interest in public transit or renewable forms of energy at least in North America.

Joseph Tainter, the U.S. anthropologist and historian, suggests that civilization has climbed a tall spiral staircase of energy complexity without knowing how far we can go with the resources we have at hand.

He warns that it takes energy to solve complex problems and he doesn't think society can voluntarily cut back on fossil fuels.

Vaclav Smil, a University of Manitoba researcher and one of the world's great energy analysts, believes that energy obesity is the moral problem and proscribes a diet consisting of low-hanging fruit such as efficient furnaces and high speed trains.

Douglas Reynolds, an economist and engineer at University of Alaska Fairbanks, calls the collapse of the Soviet Union a dark energy transition and one completely unforetold.

When oil production collapsed from 12 million to five million barrels a day after 1989, the Berlin Wall fell, the rich got richer, the Eastern Union dissolved and the Warsaw Pact crumbled.

And that's just a sampling of the voices and ideas you'll read in this series on energy transitions. In the next couple of weeks we'll take a hard look at the myths, the facts and some enduring truths about dirty oils, uncertain renewables and contracting economies.

Where we are now

But before we can talk about change, evolution, innovation or just plain dissolution, we need to appreciate where we are in the energy world.

The basic global energy picture is what Nobel laureate Richard Smalley once called the "terawatt challenge." And it comes with no comfortable answers.

What's a terawatt? It is the average rate at which energy is released in the burning of five billion barrels of oil during a year.

The world uses on a continuing basis about 17 terawatts of energy in the form of coal, gas, oil and nuclear power. Eighty-five per cent of that work comes from fossil fuels. In fact, oil provides 37 per cent of the energy mix and accounts for 90 per cent of all transportation fuels. It's the lynchpin of the global energy system.

Renewable or green forms of energy such as hydro and wood contribute slightly more than one terawatt. Wind, solar and biofuels barely appear on the chart. (One terawatt, by the way, is the amount of energy the world consumed in 1890.)


Terrawatt challenge: Chart shows where our energy comes from now. Where can we go from here?

Now the relationship between economic growth and energy consumption is pretty direct, if not fundamental. Countries that spend lots of energy, and particularly oil, tend to be wealthier than those that don't.

In an article entitled "Energetic Limits to Economic Growth" the scientists add that a global energy diet would likely constrict the economic system. "Gradually reducing an individual's food supply leads initially to physiological adjustments, but then to death from starvation, well before all food supplies have been exhausted," say the scientists.

Now everyone who buys gasoline knows that the era of cheap oil is over and that is already feeling the pinch. Business as usual is not working.

Difficult hydrocarbons such as bitumen and deep sea oil are now replacing easy oil, and that shift alone represents a dramatic and little heralded energy transition.

The carbon, capital and environmental footprint of these difficult or low quality crudes are bigger and more complex than light oil.

At the same time most citizens also recognize that investments in renewable forms of energy remain small, costly and dispersed. Moreover they produce electricity, not liquid fuel.

So that's the first challenge. How does a society maintain an expensive 17 terawatt diet when the cost of its primary energy supply hits triple digits and the so-called replacements are neither as versatile or portable as oil?

But here's another twist. If the rest of the world were to adopt the lifestyles of the average North American who now consumes 24 barrels of oil (and lots more electricity) civilization would require a fivefold increase in energy consumption. That's 77 terawatts.

To entertain a global population of 9.5 billion in 2050 on North Americans standards multiplies the challenge again.

Such a policy would take another 268 terawatts or 16 times the current level of energy spending. (Just to energize nine billion people living at current Chinese standards would take at least 34 terawatts or a near tripling of current rates.)


Utopian dreams: French postcard from the late 19th century portraying how our master of energy would allow us to be living now. Source: Messy Nessy.

These ungainly figures invite several more conundrums. The amount of energy that can be harvested from the planet on an annual basis is about 77 terawatts. So any business as usual case based on exporting North American energy lifestyles to China and India totally busts the world's energy bank.

A third problem arises from the atmospheric pollution created by the burning of fossil fuels over more than 150 years. To avoid catastrophic global warming and runaway ocean acidification, scientists calculate that society requires a massive energy conversion to renewables beginning yesterday.

Such a program means converting the current energy budget of 17 terawatts from mostly fossil fuels to 14 terawatts from renewables within 25 years. Such a revolution would reduce the fossil fuel share of the energy mix to about three terawatts a day.

But is such a feat even possible given renewables low profile energy in a debt-ridden world?

The U.S. inventor and engineer Saul Griffith calculates that that world would have to industrialize a landmass the size of Australia with wind farms, solar arrays and algae biofuel factories to achieve such a climate stabilization goal.

He calls this unmade alternative geography "Renewistan," and compares the scale of the endeavor to getting all the combatants in the Second World War fighting on the same side for 25 years in a row. Few environmentalists appreciate the magnitude or the cost of this challenge.

In the end, there are several different ways of answering the terawatt challenge. The politically correct and dominant approach is denial. But one way or another the globe must increase either renewable energy supplies, decrease fossil fuel use or lower population levels. Or achieve all three simultaneously.

But whatever nations choose or deny, ordinary citizens face years of political and economic volatility in the years ahead.

And the first thing we need to acknowledge and understand about energy transitions is that they do not arrive fully formed or in polite clothing.

The long switch from wood to coal was driven by the systematic deforestation of Europe while the difficult shift from human slavery to inanimate slaves energized by steam took one of the world's most dramatic protest movements: abolition.

History shows that energy transitions are invariably a utopian's worst nightmare or a novelist's best idea: they are protracted, difficult and unpredictable.

And one more thing: energy transitions are often ripe with conflict.

All the more reason to begin today thinking and talking about that transition, and so this is the first of many articles to come in a series we are calling "The Big Shift" -- a clear-eyed exploration of what limits we face in our fossil fuel energy supplies, the potential of green energy, the resilience of our societies, the fragility of our political systems.

This series seeks to provide merely the most realistic information and well grounded analyses available. There's no usefulness in sugar coating that produces false optimism that in turn might lull us into complacency at a moment when critical technological and political shifts must be anticipated and navigated. At the same time, hope begins with recognizing the challenges we face and the opportunities they present. Once gauged with clarity, we can get on with the task at hand, minimizing the risk and hardship that any big shift necessarily entails.

Posted by seemorerocks at 12:05