From Asia to Europe markets slide
Stock indexes were lower around the globe Tuesday, falling sharply in Japan where a stronger yen jolted the export-oriented economy. 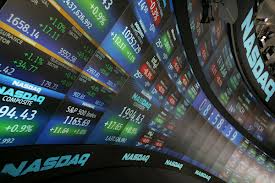 The Hang Seng index in Hong Kong shed 1.32 percent. In India, the business community is jittery in advance of a new federal budget. The Sensex index in Mumbai, near a three-month low, lost 1.64 percent to 19,015.14.

Markets were off sharply in Europe, as well.

The FTSE 100 in Britain dropped 1.34 percent, partly in reaction to Monday's hard drop in U.S. markets.

Italian markets led declines in Europe, however, after Prime Minister Mario Monti was clobbered in national elections this week. 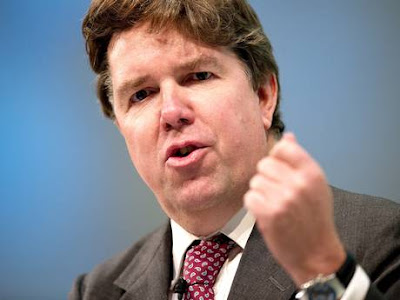 As the inconclusive election result in the European Union's fourth largest economy sent markets tumbling, leaders across the continent called for the quick formation of a "stable" government.

Belgian politician Guy Verhofstadt, the leader of Europe's centrist parties, said stability was key "if we want to avoid a return to the worst of the eurozone crisis".

"It is a very difficult result for the EU as a whole," said Martin Schulz, the German Social-Democrat president of the European Parliament. "What happens in Italy affects us all."

Mr Bersani had been expected to win a working majority. Though he captured the lower house of parliament, his Democratic Party won only 123 seats in the Senate, nowhere near the absolute majority of 158 in the Senate required for a clear mandate.

"We are aware that we are in a dramatic situation, we are aware of the risks that Italy faces," said Mr Bersani, in his first speech since the results of the election became known.

Still smarting from the humiliating and unexpected results, Mr Bersani called on Beppe Grillo, a comedian and activist whose anti-establishment Five Star Movement won a quarter of the vote and the most votes of any single party, to participate in some form of coalition.

"Up until now they've said everyone should go home. Now they too are on the inside. Either they go home or they say what they want to do with the country," he said.

But Grillo said he had no intention of supporting either the Democratic Party or former prime minister Silvio Berlusconi's centre-Right coalition.

He dismissed the main parties as discredited political dinosaurs who had been swept aside by his movement and were headed for extinction.

Instead his movement, known by its Italian acronyms as M5S, will consider parliamentary legislation such as austerity measures and economic reforms on a case-by-case basis, raising the prospect of political instability for months and a possible fresh election.

"The M5S is not allying with anyone, as it has always said," Mr Grillo said in a blog post on his hugely popular website.

Mr Bersani instead faced overtures from his nemesis, Mr Berlusconi, to form a grand cross-party coalition, despite the insults and accusations that were flung by the two leaders during the campaign.

"Italy cannot be left ungoverned, we have to reflect," Mr Berlusconi said in a television interview when asked whether he was open to forming a pact with the centre-Left.

The fact that so many Italians voted once again for Mr Berlusconi, despite his sex scandals, corruption trials and clownish reputation, left many people outside Italy aghast.

But his success was based on an innate sense of showmanship and promises to put money back into Italians' pockets, including repaying an unpopular property tax.

A former Communist who has since embraced market economics and served as a minister in previous Leftist governments, Mr Bersani has been widely blamed for conducting a lacklustre campaign that torpedoed his party's electoral hopes.