There is so much wrong with what Prof. Jordan Peterson has to say here – not least his admiration for capitalism and its ability to “solve” climate change.

For all that there are things he is right on the nail about. There is not going to be any easy fix to climate change – unless you believe in the psychopathic geoengineers' geoengineering dreams.

He shows clearly how the most-touted “solutions” won't work.

Jordan Peterson is the last to say it but WE'RE SCREWED. 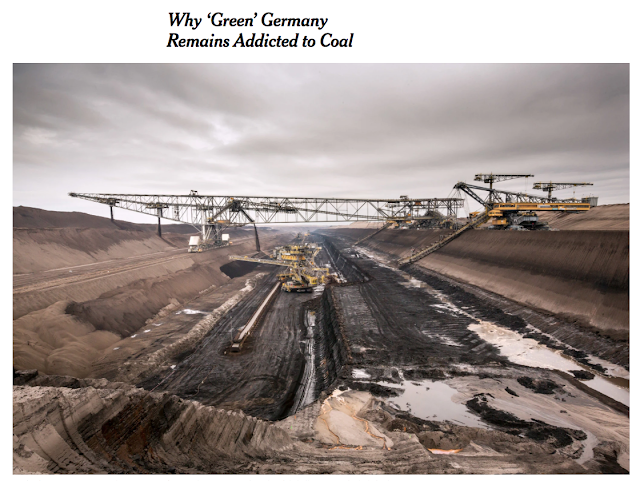 Today, nearly a quarter of all electricity produced in Germany still comes from burning lignite, often called brown coal, one of the dirtiest fossil fuels, making Germany the world’s leader in the mining and burning of lignite, according to the International Energy Agency.

That record runs contrary to a United Nations report released Monday, which found that time is running out for action as global temperatures are rising much faster than previously understood. The dire report, compiled by 91 scientists from 40 countries, recommended “phasing out coal in the energy sector.”

For Ms. Merkel, the news could not have come at a worse time. Already, in August, the environment ministry said the country will fail to meet its ambitious targets to cut carbon emissions to 40 percent of 1990 levels by 2020.

I would argue that it is not so much capitalism but human civilisation and human nature that is behind our inability to do anything.

You can never win the argument. 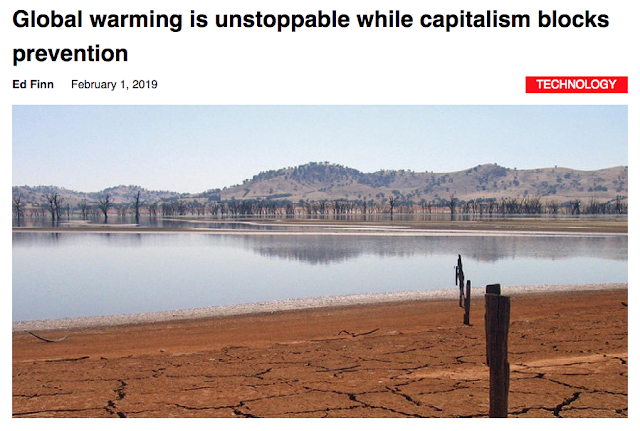 The tenacious refusal of the world’s business and political leaders to heed the warnings of climate scientists about global warming raises the stark possibility that it may already be too late. The tipping point beyond which concerted preventive action becomes impracticable is just 12 years away, according to the UN Intergovernmental Panel on Climate Change.

That’s all the time the IPCC scientists give us to keep the global temperature from rising above 1.5 degrees Celsius. If it rises higher than that, they warn, the consequent intensity of extreme heat, pollution, droughts, floods, hurricanes, wildfires, rising sea levels, and consequent mounting hunger, poverty, and mass displacements will annihilate billions of people.

Realistically, what are the odds that the scientists’ latest warning about global warming will be heeded, any more than their many previous alarms have been in the past?