The crackdown on free speech on the internet 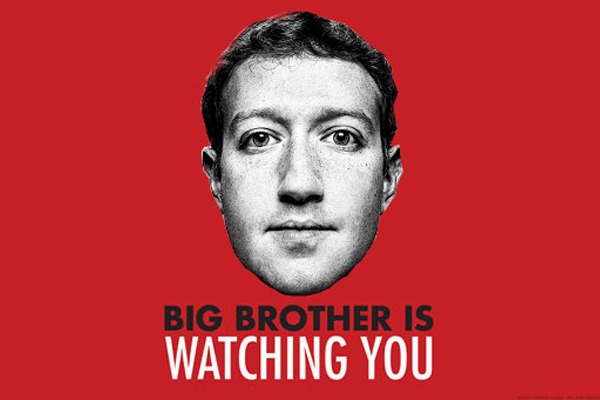 
This is how censorship takes place in Western societies: the appearance of freedom and individual liberty must be maintained. But at the same time, the rabble needs to be kept in line, which is becoming harder as traditional media lose its grip on world audiences.


Whether it comes from dictatorships, authoritarian states or a mixture of corporate giants with the political and intelligence establishment, the stench of censorship is identical. Whether it comes in the form of stopping “Fake News” or as violent, old fashion state repression, those who value truth and intellectual freedom must see beyond the not so subtle message:

We will tell you what to think… and of course:

Before starting a chronological review of events leading to recent surge of internet censorship, let’s put everything in its right place:

"The only legitimate role of search engines is to provide relevant search results, to facilitate public access to information. The only legitimate role of social media platforms is to facilitate public access to communications. Content carriers have no legal nor moral authority to be self-appointed censors, nor to be self-proclaimed arbiters of Fact or Truth.” 1

In the Beginning, there was no “Fake News”

Fake news are obviously as old as news themselves, but the term became widely used during the 2016 U.S. presidential campaign, and even more after Trump became President and started to use it almost on a daily basis.
Although its exact origin –as in who or what medium used it first to sound the alarm during 2016- is hard to point out, we can verify that by the end of March 2016 -here is a customized Google News search- there were only a few mentions on fake news, referring to them mostly as outlandish anecdotes like the alleged case of a woman growing potatoes in her vagina, the first head transplant, or pregnancy by flu vaccine, etc. 1

By the end of 2015 this started to change… according to a Washington Postreporter:

"We launched What was Fake in May 2014 in response to what seemed, at the time, like an epidemic of urban legends and Internet pranks: light-hearted, silly things, for the most part, like new flavors of Oreos and babies with absurd names.

"Since then, those sorts of rumors and pranks haven’t slowed down, exactly, but the pace and tenor of fake news has changed. Where debunking an Internet fake once involved some research, it’s now often as simple as clicking around for an “about” or “disclaimer” page. And where a willingness to believe hoaxes once seemed to come from a place of honest ignorance or misunderstanding, that’s frequently no longer the case." 2

“Silly things” became part of the past and the fake news issue was starting to become more serious and shady… the WP's coverage on the subject was about to turn a lot more serious -and shady- as well, but first let's go back a few months...

In March 16th 2016, that's before the Fake News hysteria, U.S. Senator Rob Portman (R) gave a speech for the Atlantic Council* regarding a bipartisan legislation he was working on with Senator Chris Murphy (D) where he remarked the need to:

“…help American allies to counter foreign Russia, China, and other nations. Specifically, the bill will improve the ability of the United States to counter foreign propaganda and disinformation by leveraging existing expertise and empowering local communities to defend themselves from foreign manipulation”. Then, he numbered many points of focus that revolve around a whole-of-government strategy, including the intelligence community (of course), giving a lot of grants to foreign journalists and think tanks, as well as grassroots organizations… more of the old colonization-by-think-tanks we are already used to.

This initiative gave birth to the Countering Foreign Propaganda and Disinformation Act that Obama signed into law a few months later and before leaving the White House.

*The Atlantic Council is an elite think-tank whose members, like Susan Rice, Chuck Hagel, Ann-Marie Slaughter, among many others, had important roles in the U.S. Government foreign policy establishment in recent years.

The WP and the Deep State are long time partners in crime, perhaps in a subsequent post we can go in-depth into the subject, but for those willing to make some research, just take a look into the figure of Phil and Katherine Graham, historical owners of the WP, particularly through the book “Katherine the Great” and other critical, historical research.

The “C.I.A.’s own rag” was going to become central in the Fake News fraud and subsequent crackdown on alt-media, both left and right, that we are witnessing today.

In November 24th, 2016, Craig Timberg, national technology reporter for the Washington Post, released another fine example of voluntary media manipulation by the intelligence community: the ProporNot fiasco.
The piece ranted about millions of Americans being deceived by (around 200) "Russian disinformation" outlets:

"The group’s list… includes WikiLeaks and the Drudge Report, as well as Clinton-critical left-wing websites such as Truthout, Black Agenda Report, Truthdig, and Naked Capitalism, as well as libertarian venues such as Antiwar.com and the Ron Paul Institute”, as reported by The Intercept.

The “news” was shared far and wide, across the U.S. and the rest of the world as an “earth-shattering exposé”, by media and journalists, apparently unaware of the article’s gross lack of substance and the fact that the accusations came from an anonymous “non-partisan team of experts”, with no further proof of their arguments but their word and supposed credentials.

The aims of this campaign were obvious from the beginning. As Timberg wrote, the alleged –and still alleged today- Russian meddling consisted in “misleading articles online with the goal of punishing Democrat Hillary Clinton, helping Republican Donald Trump and undermining faith in American democracy”.

From start, the campaign tried to explain HRC loss while obscuring the contents of the WikiLeaks and portraying Russia as "attacking U.S. democracy".

The affront to journalism and basic intellectual honesty received a lot of criticism and then -and we can’t stress this propaganda tactic enough-after the news were commented and shared around the world, the WP retracted with an Editor’s Note: This is typical. The damage is done, the message is out there receiving tons of media attention, not only in the U.S. but around the world, in newspapers and television that don’t care or don’t make space for such retractions.
Instead, what remains is the broader propaganda message intended in the first place, a discourse, in this case: Russia is meddling in American politics, fake news are a major problem we need to address urgently and the then elected-President Trump is sort of a Russian agent.
On Part 2 (Monday 23rd) I’ll explain how Gov. policy and mainstream media reporting came together to give the future crackdown on alternative journalism the appearance of legitimacy and urgency. And finally, how the task of censorship is delegated to social media giants.
Older Posts under the Propaganda and InformationWar tags: