NZ government bans Huawei and then said 'no decision made yet'

If the last government was criminal in its relationship with China this government is showing inepitude.

I would say that this is a crisis.

Prime Minister Jacinda Ardern is not ruling out involvement by Chinese telco giant Huawei in New Zealand's 5G network, amid concern that our relationship with China could be under strain.

The Government Communications and Security Bureau (GCSB) has found a "significant network security risk" in Spark's proposal to use Huawei equipment for its New Zealand 5G network, but Ardern said no final decision had been made.

Asked on The AM Show on Tuesday if Huawei was still an option for the 5G rollout in New Zealand, Ardern said "It is now currently with Spark to mitigate the concerns that have been raised. I am not intimately involved at all obviously with that process, or with the work that Spark might be doing, but that is where the process sits."

Huawei "never were not" in the running, she said. "There was a very quick interpretation of what had happened... The legislation sets out a process. The GCSB have raised concerns, that is in the public domain, they have gone back to Spark with those concerns. Now the ball is in Spark's court."

The New Zealand position is being contrasted with that of the UK, where the National Cyber Security Centre has reportedly found Huawei equipment will be a manageable risk to 5G in that country.

Ardern said the UK had not finished its wider analysis on using Huawei for 5G, and had plenty of work still to do. It had not issued its report yet.

"It's probably fair to say that they're at a similar place as us, looking at mitigations to security concerns that have been raised. But as I understand it they're only midway through some work."

She said The AM Show show host Duncan Garner was "incorrect" to say Huawei was off the table for New Zealand, but still on the table for the UK.

"There has been no final decision here yet, Duncan, and it's really important for me to put out that statement because this is an independent process to date, that happens through our legislation. The UK, I think, would probably push back on your statements as well," Ardern said.

The process in New Zealand was different to that in the UK.
"We have a piece of legislation that says that we go through a pretty rigorous assessment independently via the GCSB. So they'll look at concerns, or any security issues.

"They have done so and have gone back to Spark, who are the ones who made the application, and said to them, there are concerns, your option now is to mitigate those. And that is the place in the process where we currently are."

Asked whether Huawei could be trusted, Ardern said "I'm not here to pass assessments on vendors. Our legislation is vendor- and country-neutral, but we have a law that allows us to make these assessments." 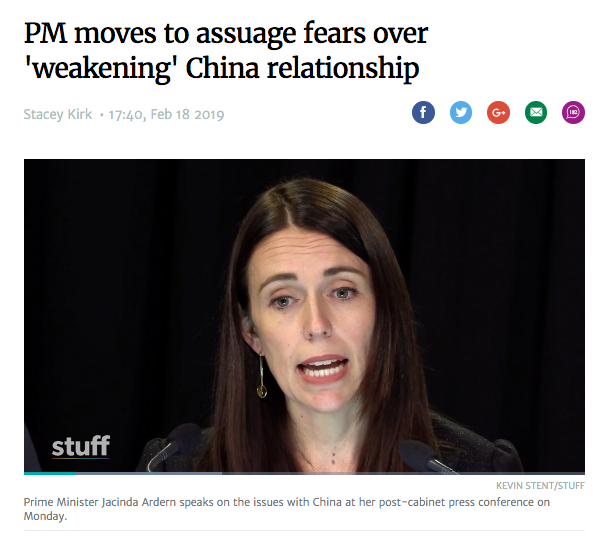 The Prime Minister has moved to allay fears over a perceived rift with China, as speculation mounts New Zealand has fallen out of favour with the economic super power.

The Government, foreign affairs officials and business commentators alike have called for calm, as fears mount New Zealand's economy could suffer if our second largest trading partner was to turn off the tap.

But Jacinda Ardern said there was no indication that had happened, and claims otherwise did "not reflect facts on the ground".

New Zealand's primary exports "continue to clear the border as usual" and there was nothing out of the ordinary. 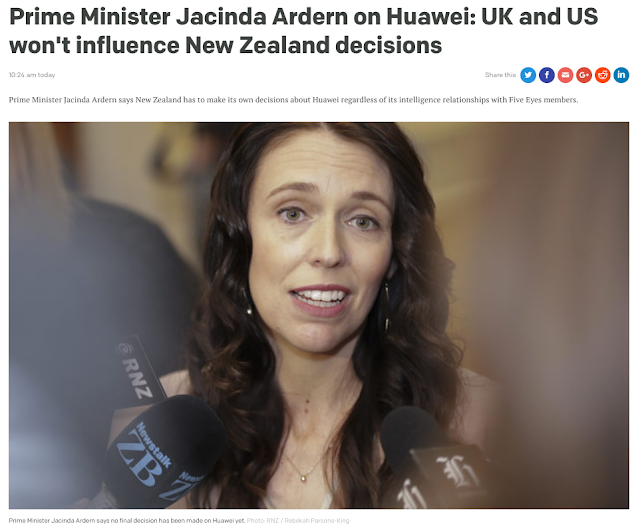 Prime Minister Jacinda Ardern says New Zealand has to make its own decisions about Huawei regardless of its intelligence relationships with Five Eyes members. 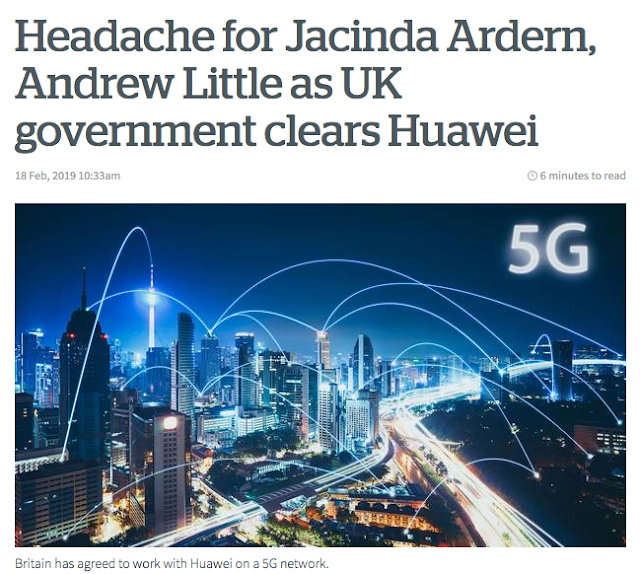 Spark has been given new hope - and Prime Minister Jacinda Ardern a fresh headache - with the surprise news that the British government has given Huawei the green light to help roll out 5G mobile network upgrades.

This comes off the back of serious efforts by the US to convince its allies to ban the Chinese company from high-speed telecommunications systems due to security risks.
New Zealand has followed the US and joined a raft of other countries in banning Huawei from any involvement in the rollout of 5G technology.
The PM has refused to say whether any Huawei issues have come up through diplomatic channels, or whether there has been any political blowback from China.
However, the findings by the UK now suggest that NZ's ban could have been premature. 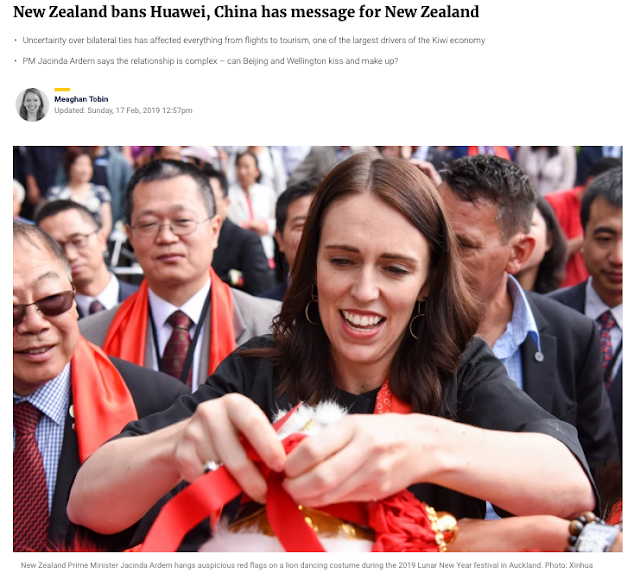 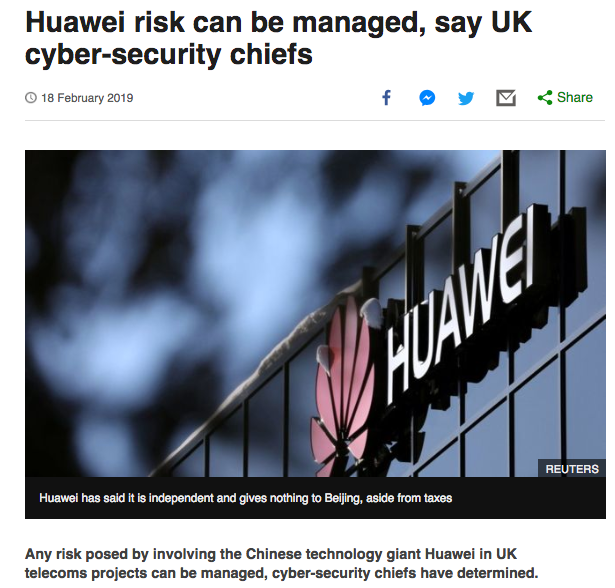 Any risk posed by involving the Chinese technology giant Huawei in UK telecoms projects can be managed, cyber-security chiefs have determined.

The UK's National Cyber Security Centre's decision undermines US efforts to persuade its allies to ban the firm from 5G communications networks.