Michael Shellenberger - the shill for the nuclear industry

Propaganda for the nuclear energy produced on cue 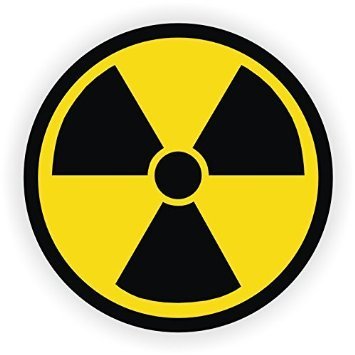 When is something just a “co-incidence” and when are we just being paranoid”?

Well, I am not much of a believer in “coiincidence”
On February 20, 2019 Margo produced the following video in which she discusses the following article from Zero Hedge.
The article makes the point that never has there been less concern about nuclear weapons and a new generation of mini -nukes shows that on one side only the fear of mutually-assured destruction (MAD) is over.
One side is disinterested in mutual anything and fully intend to USE nuclear weapons 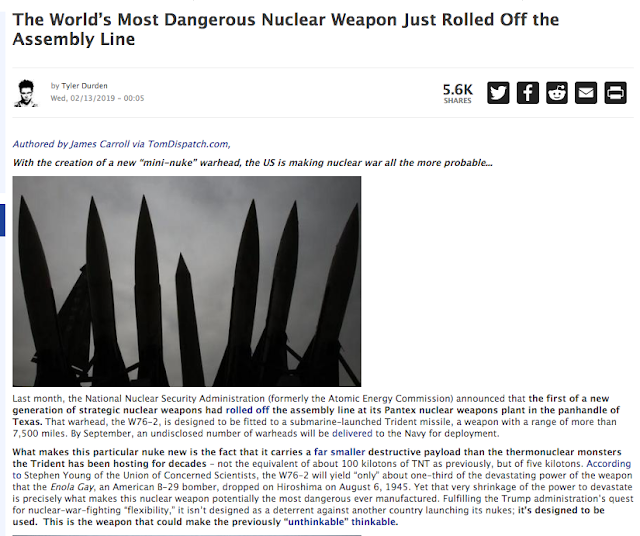 Within one day this article, penned by one Michael Schellingberger appeared in Forbes the very next day, February 21, 2019 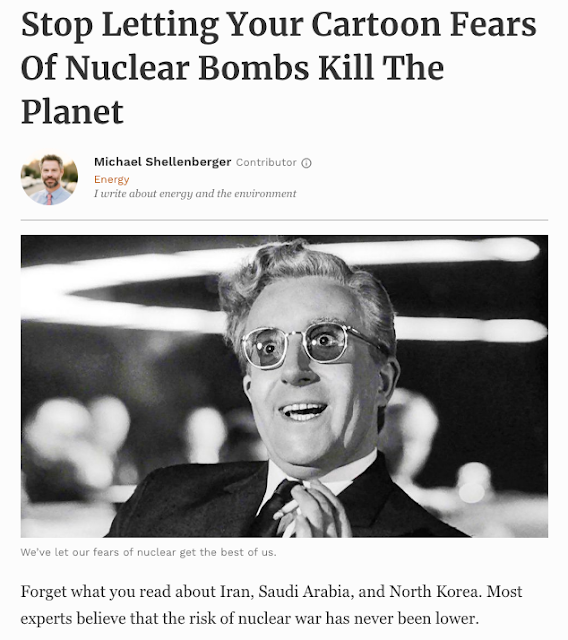 StopLetting Your Cartoon Fears Of Nuclear Bombs Kill The Planet


It's hard to believe that humankind would kill off our best hope for preventing catastrophic climate change out of an exaggerated fear of nuclear weapons, but that is precisely what we are in the process of doing.

***
Last year, on June 18 Margo did a very comprehensive and excellent report on Novaya Zemlya as a smoking gun for rapid Arctic warming.

On cue, the very next day, the same author produced this article with an almost identical title as the one from the other day.

This came together with a cartoon of a poor, frightened woman.

What could be more ridiculous than fearing nuclear waste?

Forget Chernobyl, forget Fukushima. It's all a complete nothingburger and needed the "save the planet" (for the elite). 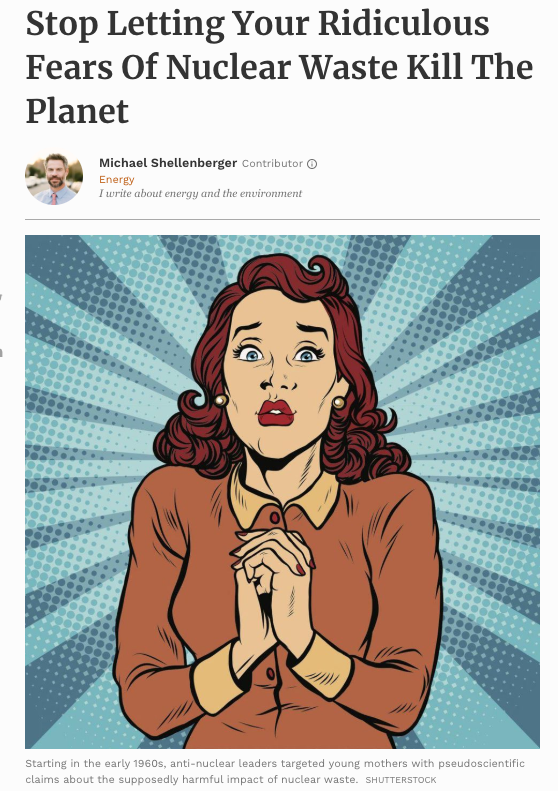 StopLetting Your Ridiculous Fears Of Nuclear Waste Kill The Planet

Everybody wants to do something about nuclear waste. Nuclear plant operators and most House members want to bury it in Nevada. A bipartisan group of senators wants states to compete for it. And Bill Gates and other entrepreneurs want to reuse it as fuel in next generation reactors.
Almost everybody is wrong to do so. Nuclear waste has never been a real problem. In fact, it’s the best solution to the environmental impacts from energy production.

Consider:
In other words, nuclear power’s waste by-products aren‘t a mark against the technology, they are its key selling point.

Who Is the author?

Michael Shellenberger describes hinself as a "ecological modernist" and "eco-pragmatist” 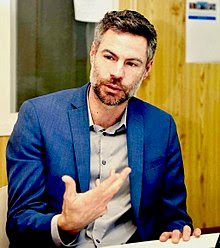 He writes about himself:

"I am a Time Magazine “Hero of the Environment,” Green Book Award Winner, and President of Environmental Progress, a research and policy organization. My writings have appeared in The New York Times, Washington Post and Wall Street Journal, Scientific American, Nature Energy, and PLOS Biology. My TED talks have been viewed over 1.5 million times"

You won't see it in print but he is also a sociopathic liar in league with the nuclear energy.
How much did he sell his soul for?

P.S. Here is Margo's report where she discusses this -

Posted by seemorerocks at 20:22