In view of this from Israel's Haaretz... 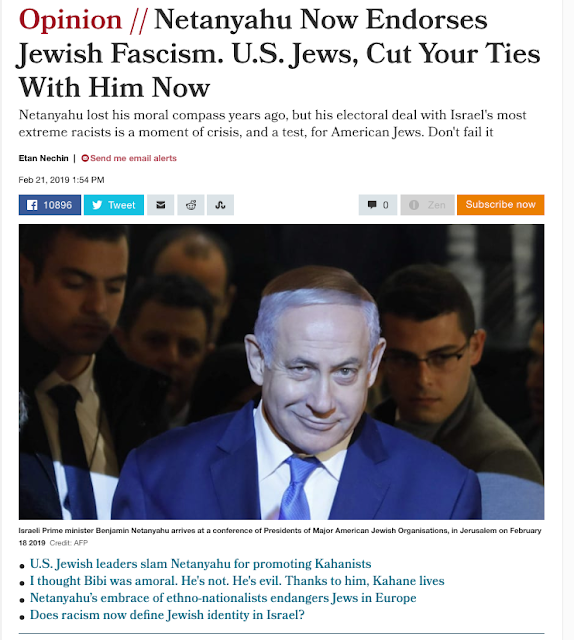 Netanyahu lost his moral compass years ago, but his electoral deal with Israel's most extreme racists is a moment of crisis, and a test, for American Jews. Don't fail it


What is one to make of this? 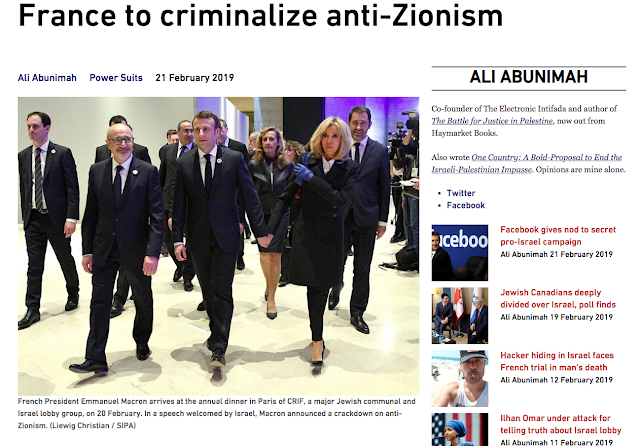 Macron reiterated that “anti-Zionism is one of the modern forms of anti-Semitism” and pledged that France would formally adopt the so-called IHRA definition of anti-Semitism.

Supported by the Israel lobby, the definition deliberately conflates criticism of Israel and Zionism on the one hand, with hatred of Jews, on the other.